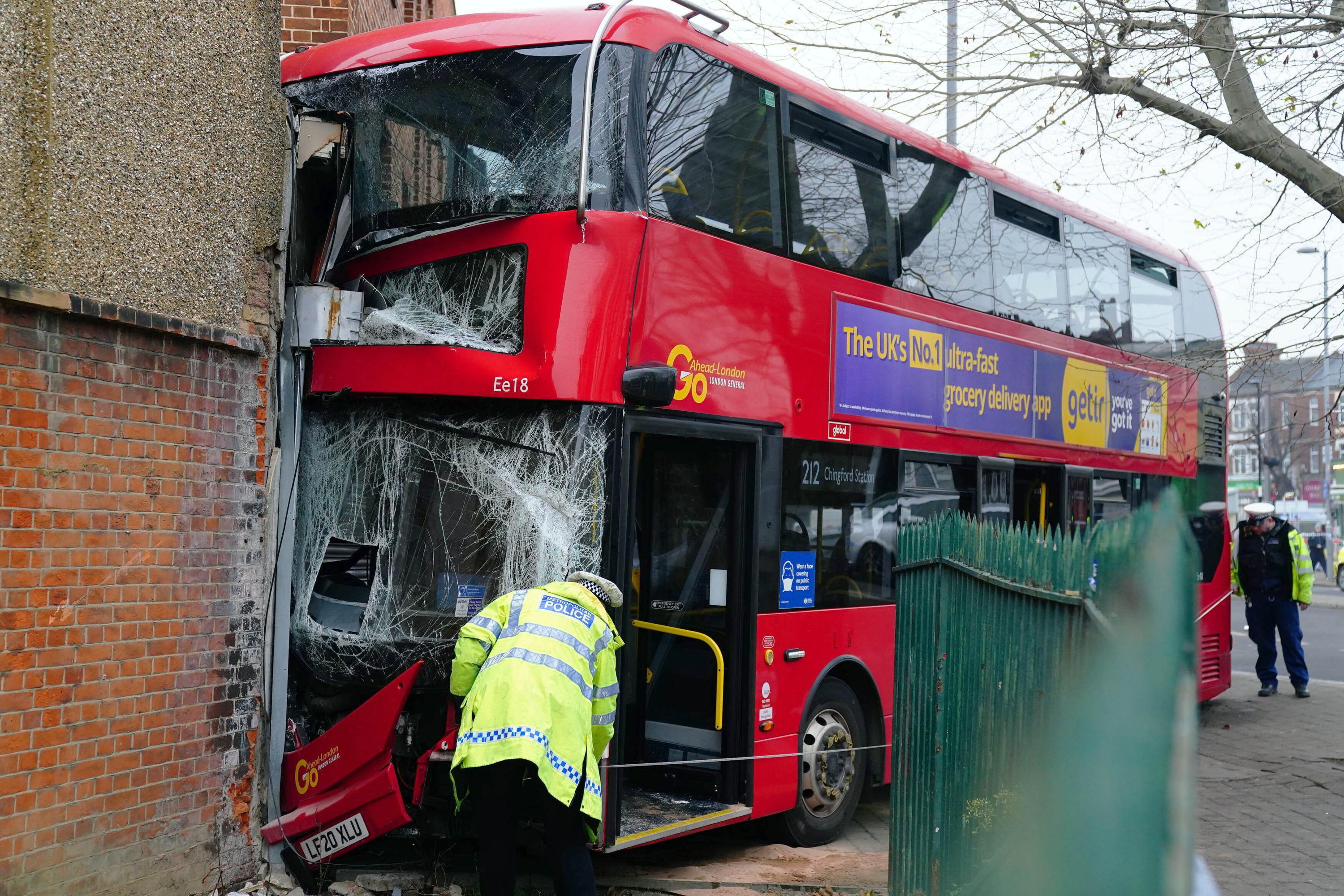 LONDON (AP) — A public double-decker bus crashed into a building in London on Tuesday, leaving five people, including three children, in need of hospital treatment, the ambulance service said.

Police and rescue workers were called to Highams Park in north east London after the collision, which happened during the morning rush hour.

The London Ambulance Service said medical staff treated 19 people at the scene, including the five who were hospitalized. No details were given on the severity of their injuries.

Photos from the scene show that the front of the bus was damaged and the windshield shattered.

Eric Garip, the owner of a cafe at the scene, said he rushed off after hearing a “big bang” coming his way. He said he tried to help calm and evacuate some of the children on the bus, but they “were all scared and crying”.

“There were a few kids on the floor,” he said. “We were trying to get the kids out and they were freaking out… Some parents were also on the bus crying. I tried to calm them down but it was a big shock.

Police closed roads in the area as emergency services worked on the scene. A police statement said the cause of the crash was under investigation.

London Mayor Sadiq Khan said his thoughts were with those affected by the collision.

Emory should invest in Emory Village