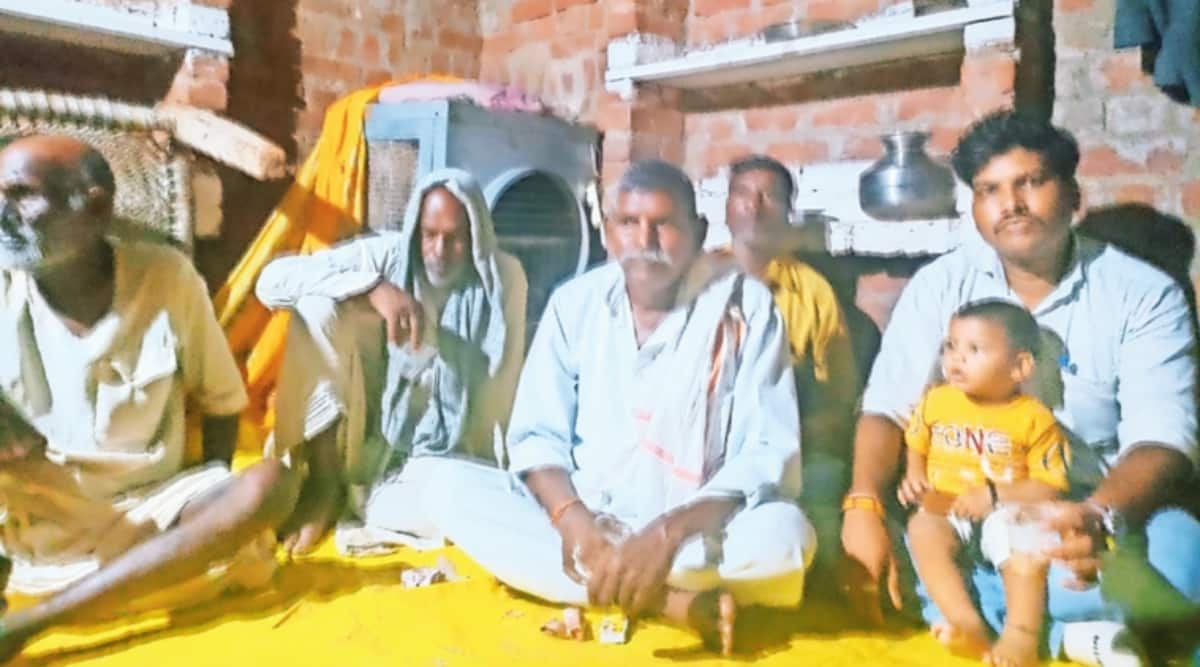 6 kanwariyas mowed down by truck: the village of Gwalior mourns its dead, 3 belonged to an extended family

“Maatam ka mahaul hai gaaon mein [the village is in mourning]says Rakesh Singh, sitting on a charpoy in Chaupal village in Bahangi Khurd, Gwalior, as the sounds of moaning women in a nearby house drown out the noise.

Singh has just returned after witnessing the cremation of six men in the village, including his nephew, Jawar Singh (26), a laborer. Jawar was among the six kanwariyas who were killed after being hit by a dump truck near Sadabad in Hathras district of Uttar Pradesh as they were returning from Haridwar early on Saturday.

“He (Jawar) has a one-year-old daughter. It was only the second time in his life that he went for the kanwar yatra. Every house here is in mourning. It’s a terrible tragedy,” Singh said.

In every lane of the dimly lit village, which has more than 150 houses, people sat on tarpaulins and charpoys on Saturday night, trying to make sense of the tragedy.

“A group of more than 20 people from our village had left for the pilgrimage (yatra) to Haridwar last week. People here have been going to kanwar yatra for decades but such an incident has never happened. For two years due to the pandemic, the yatra could not take place. People were looking forward to completing the pilgrimage this year and were in high spirits,” said Mohan Swaroop Sharma.

Naresh Pal (45) one of the victims worked as a laborer, earning a daily wage of Rs 300.

Naresh’s brother, Rana Jit Pal, said, “We don’t own any land. My brother was doing beldaari (daily wage labor). We can barely make ends meet. We hope that the government will grant us compensation.

Pal said Naresh was survived by his wife and three children. “He was the only member of the family who made a living,” he said.

Naresh’s nephew, Manoj Kumar (38) also worked as a market laborer in Gwalior. He is survived by his wife and four children – two daughters and two sons, his relatives said. His wife Rama was worried about the future. “Who will take care of my children now? How will I marry my daughters? “, she cried as relatives tried to console her. His mother, Munni Devi, said, “He (Manoj) was a pious person and wanted to go on pilgrimage for two years.”

Naresh’s cousin Ramesh Pal (52) was also killed in the incident. Ramesh’s brother Suresh, who had accompanied him to Haridwar, said he arrived in Agra when he learned that his brother and six other people had been hit by a dump truck.

“Our group was walking in front. My brother was part of the group that stopped to freshen up and rest near Hathras. He did farming and day labor. Three men from our extended family have passed away. It is an irreparable loss,” Suresh said.

Another victim, Vikas Sharma (28), a farmer, had spoken to his family on the phone when he arrived near Aligarh on Friday morning. “He (Vikas) had gone for the yatra several times in the past. He was unmarried and we were looking to arrange a match for him soon,” said his brother-in-law, Ramesh Sharma.