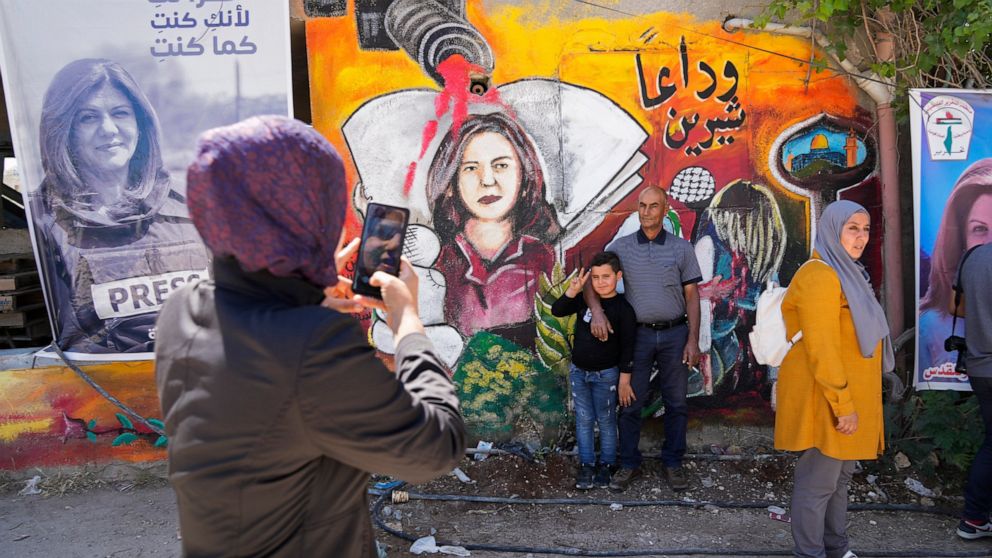 JERUSALEM — The Al Jazeera news network said it would submit a case to the International Criminal Court on the murder of journalist Shireen Abu Akleh, who was shot dead earlier this month in an Israeli raid in the occupied West Bank.

The Qatar-based network and the Palestinian Authority accused Israeli soldiers of deliberately killing her. Israel rejects these allegations as a “blatant lie”. He says she was shot in an exchange of fire between soldiers and Palestinian militants, and that only a ballistic analysis of the bullet – which is held by the PA – can determine who fired the fatal shot.

An AP reconstruction has lent its support to witnesses who say the US-Palestinian correspondent was killed by Israeli fire, but any final conclusion may depend on evidence that has yet to be released.

Al Jazeera said on Thursday night it had formed an international legal team to prepare a case for submission to the ICC. The court opened an investigation into possible Israeli war crimes last year. Israel is not a member of the ICC and dismissed the investigation as biased against it.

Al Jazeera said the dossier would also include the Israeli shelling of the building housing its offices in Gaza City during last year’s war between Israel and the Palestinian militant group Hamas, “as well as the continued incitement and attacks on its journalists operating in the occupied Palestinian territories.”

Israel said the building – which also housed the Associated Press’ Gaza office – contained Hamas military infrastructure, but offered no evidence. The AP was unaware of any suspected Hamas presence at the building and condemned the strike as “shocking and horrifying”. No one was injured in the strike, which came after an Israeli evacuation warning.

“The Network is committed to pursuing all avenues to achieve justice for Shireen and to ensuring that those responsible for her murder are brought to justice and held accountable before all international judicial and legal platforms and tribunals,” Al Jazeera said. .

Israel says it cannot determine whether Palestinian militants or its own soldiers fired the fatal shot unless the PA hands over the bullet that killed Abu Akleh for ballistics analysis. The PA has refused to cooperate with Israel in any way, saying it does not trust Israel to investigate itself.

The PA announced the results of its own investigation on Thursday, saying Abu Akleh was deliberately killed by Israeli forces and there were no militants in the area. Israeli Defense Minister Benny Gantz dismissed the findings, saying “any claim that the IDF intentionally injures journalists or uninvolved civilians is a blatant lie,” referring to the Israeli military.

Palestinian Attorney General Akram Al Khateeb, in announcing the results of the investigation, said the bullet that killed her was a 5.56mm NATO armour-piercing bullet and it appeared to have been fired by a Ruger Mini-14 semi-automatic rifle.

Israel has publicly called for a joint investigation with the Palestinian Authority, with US participation. The State Department said this week that neither Israel nor the Palestinian Authority has officially requested its assistance. Each side is uniquely in possession of potentially crucial evidence, and neither is likely to accept the other’s conclusions.