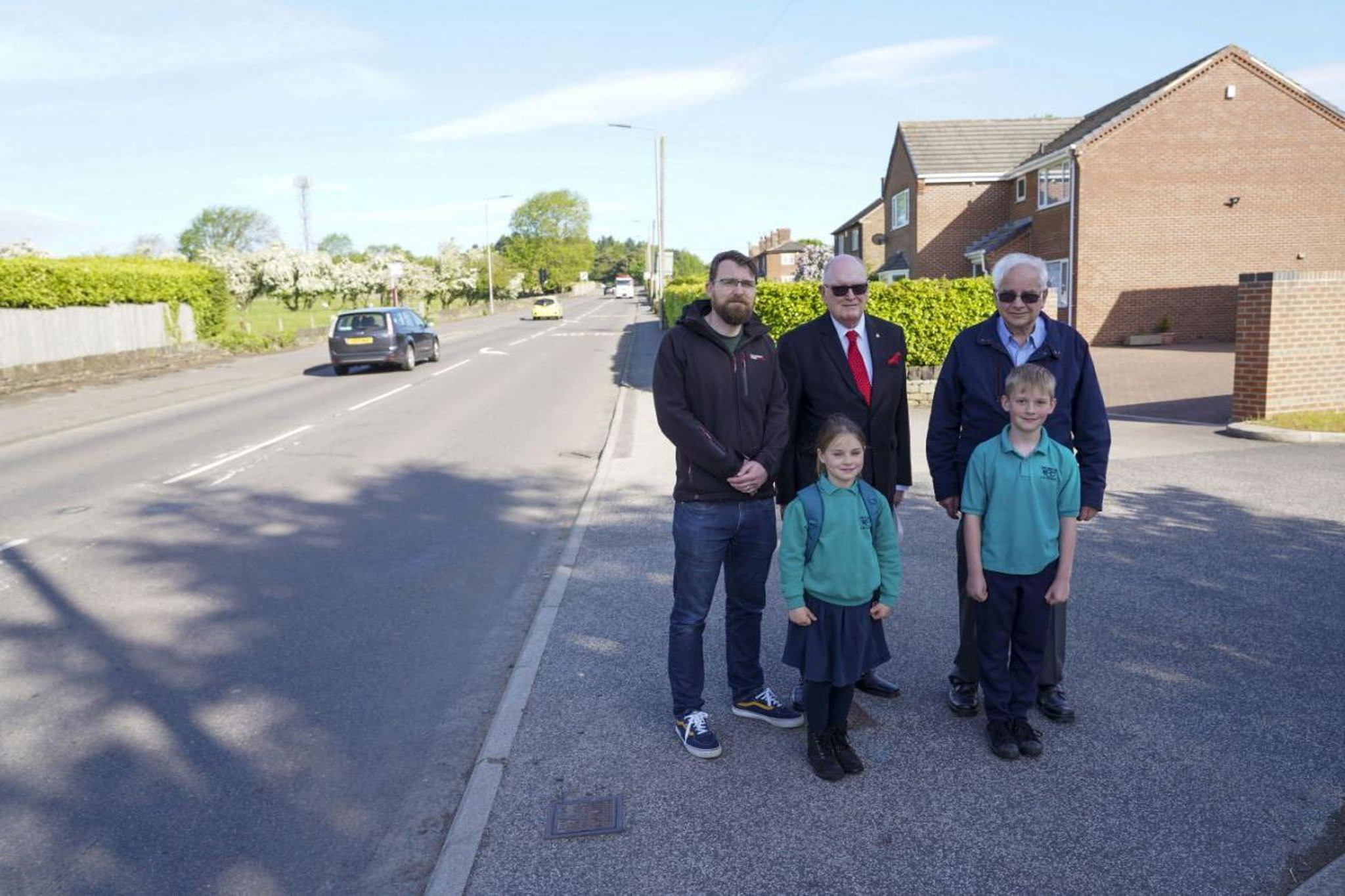 PCSOs recently carried out a speeding survey on Huddersfield Road in West Bretton, near the local primary school, and called the result ‘very concerning’.

Advisors and kids on the road who they think need speed limits.

As the investigation was not classed as a binding operation, fines could not be issued, but the police announced that they would distribute fixed penalty notices in the future.

West Bretton Parish Council says the issue has been a regular point of discussion at meetings and has consistently called on Wakefield Council to act, but with little progress.

The council said: “The police speed report is quite alarming, however, probably not surprising to most residents who have experienced it for some time.

“As a parish council, we have received a number of concerns from residents about traffic management in the village, particularly in relation to the proximity of the school to the main road.

“We’ve had numerous meetings with Wakefield Highways to raise our concerns but basically we’ve been told that unless there’s an accident they’re in no position to act.

“We shouldn’t have to wait for a fatal accident to happen for Wakefield’s freeways to do something.

“At a minimum now we would welcome and expect regular speed enforcement in the village.”

Recently re-elected Ward Councilor for the area, Sam Harvey added: “Since I began my work in the district six years ago, residents and parents have always been concerned about vehicle speeds, both on Bretton Lane around schools and more generally on Huddersfield Road, becomes dangerous.

“Interestingly, although many schools in the district have a board-installed 20mph speed limit, West Bretton Junior & Infants School has yet to have an opportunity to improve safety. road for school children.

“Indeed, in 2018, the resident police officer reported to the school that if he had seen any dangerous crossings, this was one of the worst.

“I will continue to raise these issues from inside the boardroom to shed light on the problem of speeding and the dangers it poses to our children.”

Meanwhile, Gary Blenkinsop, Wakefield Council Services Manager for the Environment, Street Scene and Climate Change has confirmed that due to fewer collisions the road does not meet the criteria for change.

He said: “Crash data for this area indicates that no traffic calming measures are required at this time, however, we will be monitoring and reviewing this on an ongoing basis.”