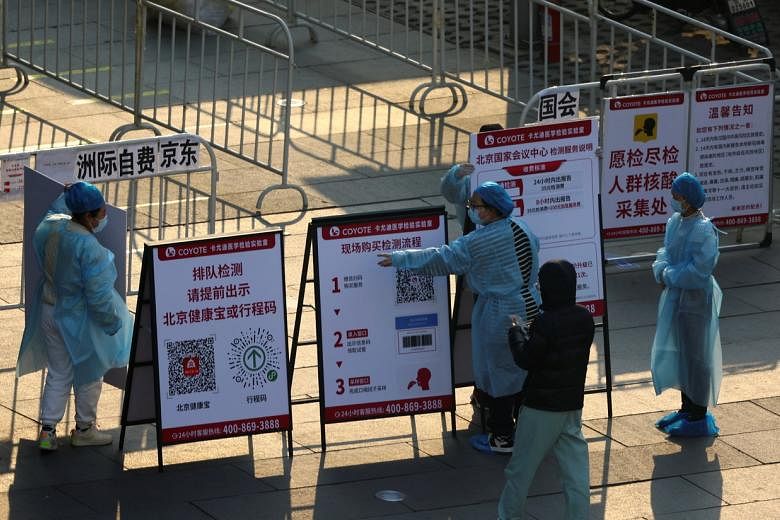 BEIJING – Insurance agent Yuan Jiahui will once again spend the Chinese New Year away from his extended family.

Travel restrictions ordered by her husband’s employer and the children’s school mean they could be penalized for having a family member who has traveled outside of Beijing.

“I don’t want to affect their work and their education, so it’s a sacrifice I have to make, even though my parents live only two hours from Beijing,” she told the Straits Times.

“I haven’t seen them for almost three years.”

As China enters its third year of the pandemic, it is steadfastly sticking to its zero-Covid-19 policy, ordering lockdowns and mass testing in a bid to completely eliminate the virus.

As the Chinese New Year travel season quickly approaches, the government is actively discouraging people from traveling during a festival celebrating reunion and togetherness.

While some have bristled against the seemingly endless restrictions, most are resigned to it being a way of life, as transport operators brace for another year of slimmer revenues.

Ticket sales for buses and trains began on January 3, but have been met with a mixed reception, especially those leaving Beijing.

As China battles its largest Covid-19 outbreak since the initial outbreak in Wuhan, companies are discouraging unnecessary travel in case staff get caught in sudden lockdowns or worse, fall ill.

China’s commitment to a zero Covid-19 policy means anyone considered close contact, or even having visited a high or medium risk area, can be quarantined at a centralized facility.

As Beijing is set to host the Winter Olympics, which begin on February 4, the capital is on high alert, requiring anyone entering the city to be tested for Covid-19 and not allowing people to be fully vaccinated for certain events.

According to a government notice published Thursday, January 6, travel operators have been reminded to impose compulsory masks on public transport, while tourist sites have been asked to restrict the number of daily visitors.

Private driver Hu Wei, 46, who manages a fleet of cars and minivans, said bookings were about 30% lower this year.

â€œPreviously, we were full a month before the Spring Festival, but this year everyone wants to wait and see if the situation improves,â€ he said.