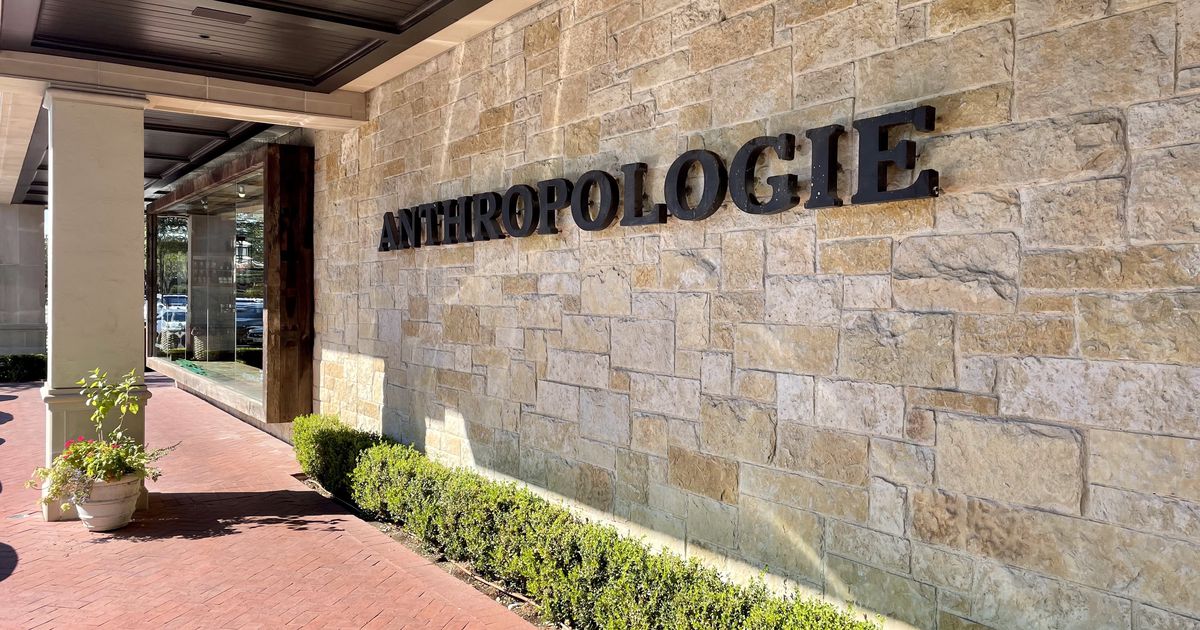 It’s the latest fashion brand to make its way to the Knox district as its mix of stores changes in what has been a shopping district dominated by interior design.

The retailer plans to open at the corner of McKinney Avenue and Knox Street, in a space that has been vacant for about a year. The 10,095 square foot building located at 4600 McKinney Ave. was home to the Z Gallery, which did not reopen last year after it was temporarily closed during the pandemic.

The building is one of many owned by a partnership between Michael Dell’s family investment firm, MSD Capital, and Dallas-based real estate companies The Retail Connection and Trammell Crow Co.

Stephen Summers, general manager of Highland Park Village, said Anthropology wanted a bigger store and liked the idea of â€‹â€‹being across from Knox from the Apple store.

Summers and the Highland Park Village team were also hired last year by the Knox Partnership to help rent, market and manage the properties. The partnership owns approximately 70% of the Knox District.

Anthropology will open on Knox in January, Summers said.

In Highland Park Village, the freed up space will be redeveloped as a temporary store for Chanel, which plans to build an 11,500 square foot two-level store in its current space. Chanel will return to its new store in early 2023.

Summers said Highland Park Village has no vacancies and demand is high for the outdoor center. â€œEveryone is fine and no one wants to leave,â€ he said, adding that year-to-date sales are up 70% from 2019 numbers. â€œI have to tell people ‘ I like your brand, but we don’t have the space. ‘ “

Likewise, he said, the Knox partnership doesn’t have a vacancy, but that will change in a few years.

The Knox District Partnership said this week it plans to construct three buildings on 4 acres along Travis Street south of Knox that will include luxury residential apartments, boutique hotel, office, green space. and approximately 80,000 square feet of retail space. This project will take a few years.

The entrance to the new Weir’s Furniture store will face the development of Travis Street. Weir’s will be in a 12-story building that is nearing completion, and the building has a few small retail spaces across from Knox that are starting to be rented out primarily to restaurants. So far, Village Bakery is moving to the corner of Travis.

The new development alongside Travis will move one of the other clothing stores to Knox, Sid and Ann Mashburn. The Atlanta-based retailer has not said where or when it will move. Summers said he was helping the Mashburns find a new place in the Knox neighborhood.

Other clothing retailers have moved to the area in recent years, including lululemon, Hari Mari, The RealReal, Velvet by Graham & Spencer, Planet Bardot, Stag Provisions for Men and Indochino.

Anthropologie, which sells fashion and casual accessories for women, has expanded beyond clothing to beauty, gifts, and home decor.

The retailer now has six stores in North Texas at Highland Park Village, NorthPark Center, The Shops at Willow Bend in Plano, Watters Creek in Allen, Southlake Town Square and University Park Village in Fort Worth. It is one of the national clothing chains recovering from the steep sales declines of 2020 when stores were closed by the pandemic.

Anthropologie operates 208 stores in the United States, 11 in Canada and 22 in Europe. Its stores average around 8,000 square feet. The company said in its annual report that it plans to open 12 stores and close about nine this year due to the expiration of leases.

Looking for more business coverage? Click here to read all retail news and updates. Click here to subscribe to D-FW Retail and more newsletters from The morning news from Dallas.