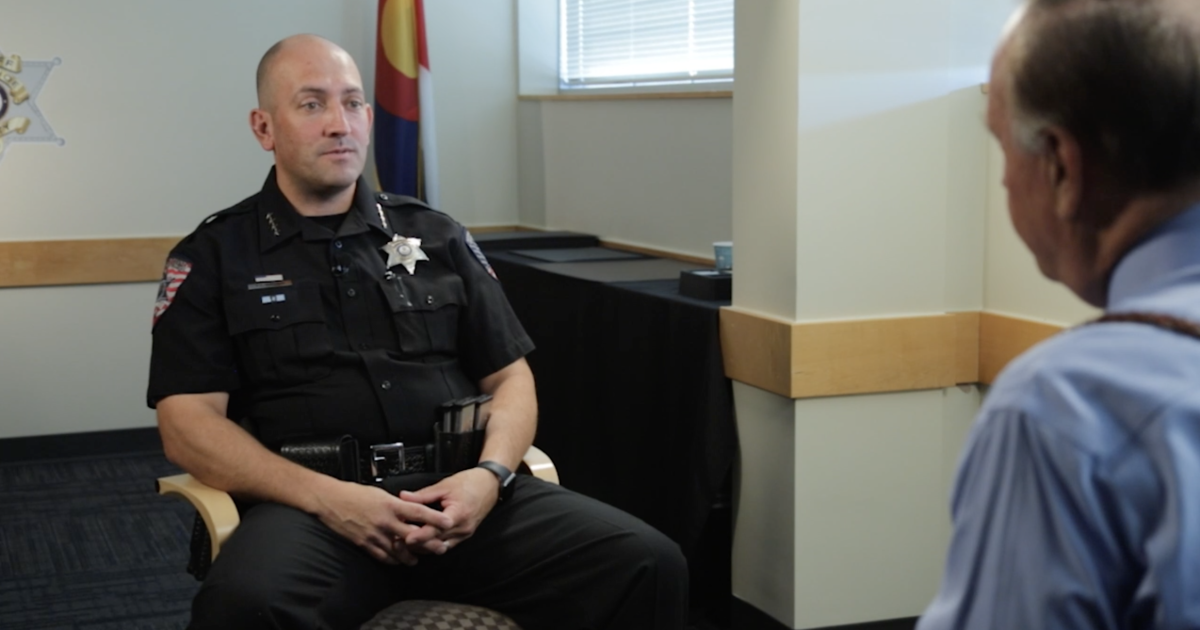 DENVER – About a month after he got involved in a brawl at a bar in Greenwood Village, the Arapahoe County Sheriff vowed that this type of incident would not happen again, but also that he felt justified in taking action.

In his first public comments since the Aug.21 melee at Pindustry, a bowling alley and bar, Sheriff Tyler Brown told Denver7 Investigates in an exclusive interview that he wished the evening had taken a different turn.

“I wish it had gone in a completely different direction,” Brown said.

Denver District Attorney Beth McCann investigated the incident and is not filing a complaint against Brown or any of the other men involved in the brawl, citing that neither party wanted to press charges and the likelihood of ‘one conviction was weak. However, McCann said Brown’s behavior was “irresponsible and unprofessional for an elected sheriff.”

Brown was on a date with his wife that evening and tensions rose when two men repeatedly called Brown’s wife’s phone number, a 128-page police report from Greenwood Police said. Town.

“I want people to know this is not going to happen again,” Brown said. “For me, as a husband, I will not put myself, my wife or my friends in this position. But, in the end, I was trying to defuse a situation that is rapidly escalating and that I have the training to defuse. “

Surveillance video from Pindustry shows Brown grabs a man by the arm and pushes him towards the exit. Then he grabs her by the neck.

Then a second man comes in from behind and hits Brown twice on the back of the head. Brown is then seen raising his hands and walking away. He says he should have left earlier.

Brown told Denver7 Investigates he grabbed the man by the arm because he was the most verbally aggressive of the group. Brown also pointed out that his hand didn’t go around the man’s neck until later.

During a phone call with the Greenwood Village Police Chief, Brown denied grabbing the man by the throat, only to be told the Chief Constable could see it in the video.

Brown explained in more detail what happened when he first grabbed the man by the arm.

“So when I got him in a twist lock, my hand was on his back trying to lead him in the direction he was moving,” he said. “When he bent over and turned to me, my hand stayed in that general area. And when I pushed it over the bay, my momentum took me in that direction. My intention was not to put my hand on his neck or restrict his breathing in any way.

Brown has said he accepts any criticism of him and will be harder on himself than anyone, but he believes the altercation has come to him, not the other way around.

“During the investigation and during certain reports, I always think that I was justified. It doesn’t mean that what I did, I don’t want the quarterback Monday morning and try to find different ways to do it, but I’m still justified in my actions.

Brown also believes that this incident should not define his time as a sheriff in Arapahoe County.

“I don’t think a specific incident should wrap someone up completely,” he said. “I think if you look at the things we did here at the Arapahoe County Sheriff’s Office while I was able to be the Sheriff,” [it’s] truly a blessing to be able to be a part of this agency.

Denver7 Investigates has requested interviews with the man Brown pushed across the room and the man who punched him. The two refused through attorney Birk Baumgartner, who made a statement: