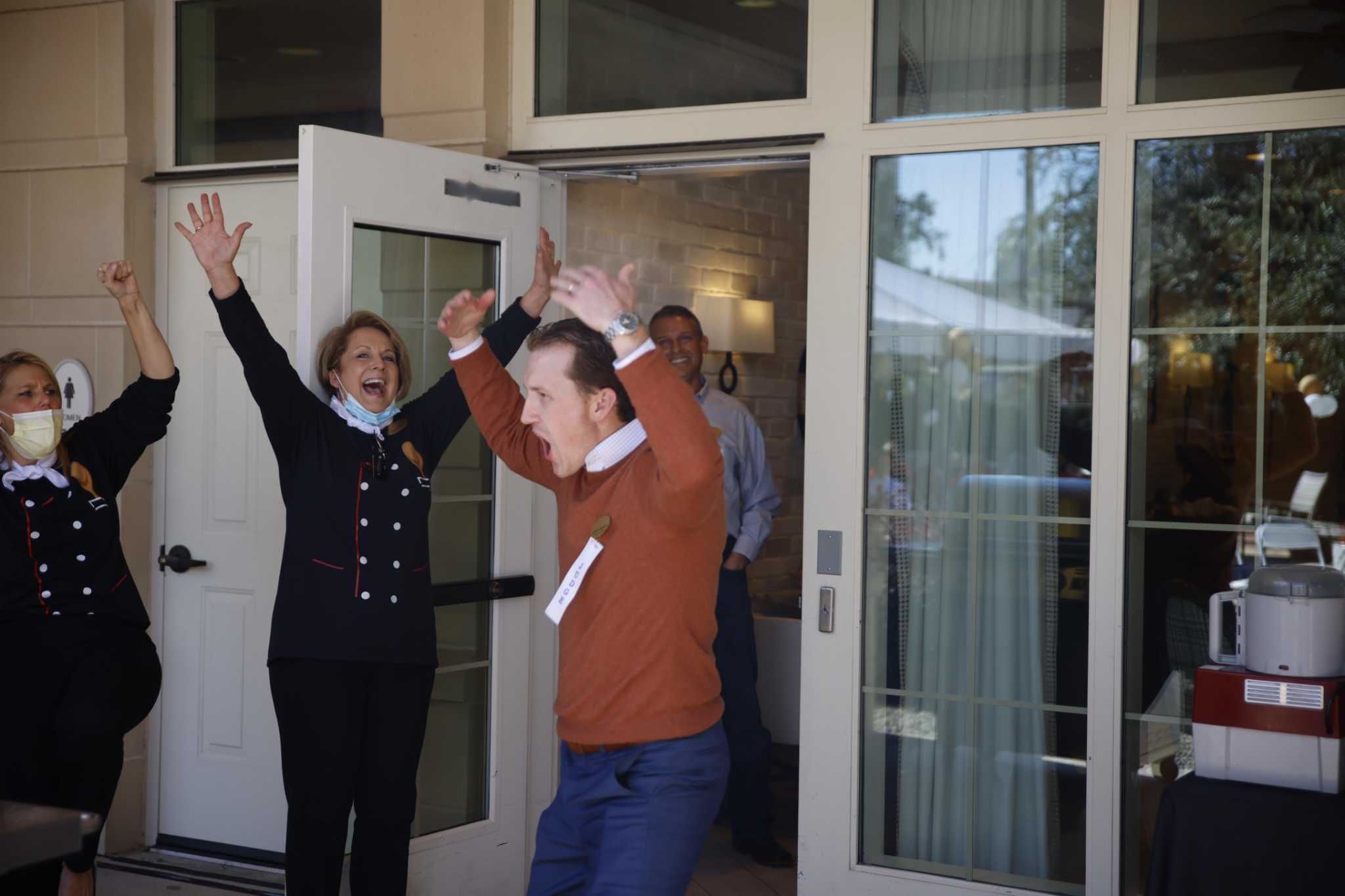 One of the winning dishes was apple pie with buttermilk ice cream. Another was a chocolate almond cheesecake.

These are the winning dishes in two of the four categories of the cooking competition that took place on November 12 in the Belmont Village Hunters Creek seniors community.

The company had recently hosted a few similar events in communities across California and when Nancy Convertito, Belmont Village’s regional vice president of sales for the East region, heard about it, she knew she wanted to host an event for her. communities.

Apple Pie with Buttermilk Ice Cream won the award in the Resident Inspired Dessert category, where residents shared their favorite dessert recipes they loved to make or remembered from their childhood. It was prepared by Tyler Kotta, a leader of the Hunters Creek community.

The chocolate almond cheesecake won the general managers competition where the general managers of the three communities competed against each other. This winning dish was prepared by Justin Thomas, executive director-in-training of the Green Hills Retirement Community in Nashville.

The winner of the main event, an Iron Chef-style competition, was Jason Tyroch, a community chef from the University of the West, who made seared salmon with risotto and a blood orange salad. Blood oranges were the mystery ingredient.

â€œMy strategy was, number one, to have a plan,â€ Tyroch said. “But, also, to do whatever I was going to do neutral enough to work with any ingredient they gave us.”

A caprese salad was the winning dish in the other category, a team appetizer competition open to community members who weren’t chefs. Marcus Roberson and JP Mayer, two community enrichment leaders from University of the West, made this winning dish.

Three of the judges were senior executives from Belmont Village and one judge was a resident of the University of the West community.

Ziggy Gruber, the owner of Kenny & Ziggy’s, was the celebrity judge.

â€œI was surprised by the creativity of the chefs and the taste of the dishes! Gruber proclaimed. â€œI thought the Belmont had done everything possible. They had a DJ and tents, and it was extremely festive. Food was everywhere, all residents were having a good time.

The dishes were large enough to be distributed among the residents.

â€œIf we ate like this every day, we would all need bigger apartments,â€ noted Marylou Henrey, the resident judge.

It was the largest gathering of community members since before the pandemic, and they appreciated the social nature of the event.

While the event took place in the community of Hunters Creek, over 40 residents came from the University of the West community and the event was broadcast live to the Green Hills Retirement Community at Nashville.

â€œI found the event to be well thought out, and all the attendees as well as the residents were motivated and having a fantastic time. It made me want to live there, â€Gruber said with a laugh. “On top of that, it was nice to reward these hard working chefs and staff from all of their properties.”

Belmont Village is planning a Thanksgiving event and several holiday events, including a cookie swap with other senior communities.