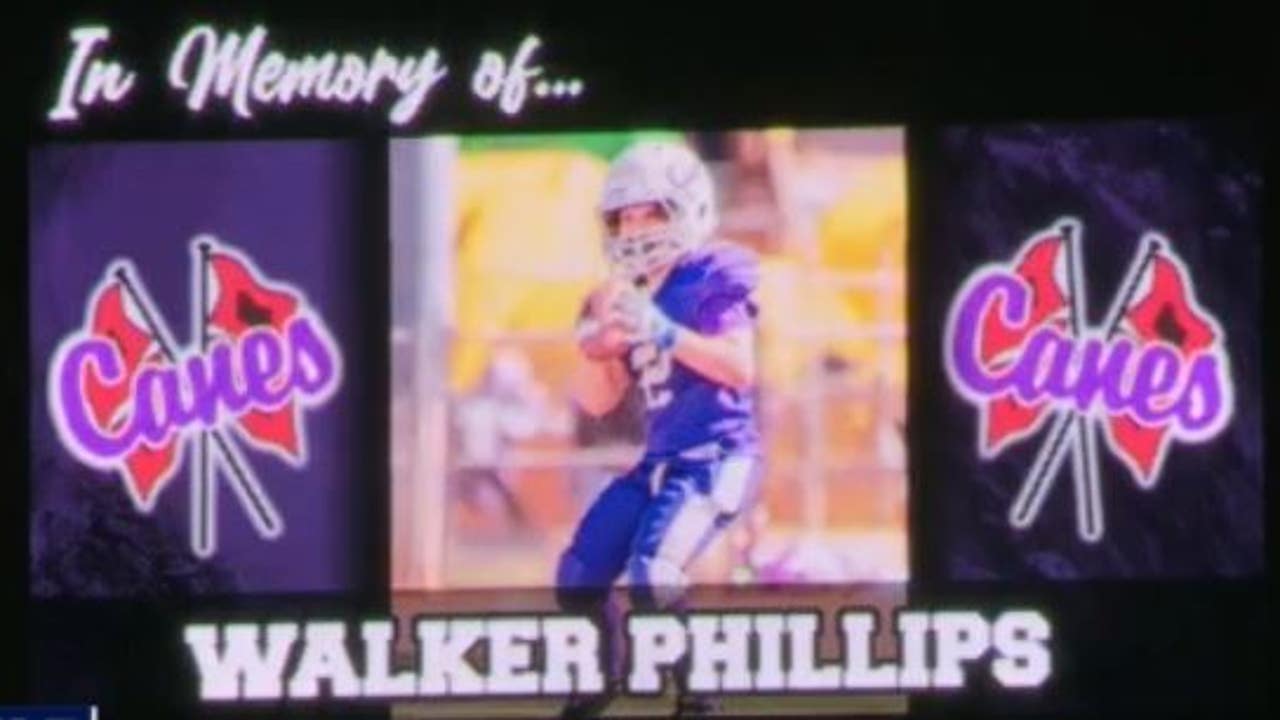 CARTERSVILLE, Ga. – A community has rallied around a heartbroken family hours after putting their son to rest.

Everyone who came to pay their respects to Walker Phillips described him as an incredible athlete – who excelled in every sport he played and a good boy overall.

“I think he would have had an impact on the world,” said Coach Pete, who coached Walker on his junior football team.

Cartersville High School’s stadium was lit up Friday night, all for the 10-year-old boy.

The soccer field was one of his favorite places.

“Amazing athlete. I watched him last year as a 9-year-old on a 10-year-old team, like he did well and he’s pretty short,” coach Pete said.

The jumbotron posted a tribute video where Walker could be seen in his youth soccer team uniform.

On the ground below, the community came to honor and remember the little boy who touched so much in 10 short years.

You could say that Walker planned to follow in his parents’ footsteps.

You see, his father is former UGA football quarterback Cory Phillips and his mother Courtney, a former UGA gymnast.

“The competitive spirit for a kid that age – you don’t see that in a lot of kids. I wanted to win but I did it the right way,” coach Pete said.

The three other family members who were inside at the time of the fire were able to get out alive.

Now the community of Cartersville has rallied behind the Phillips family.

“Nobody’s great right now, but healing is a process and they’ve started that process and we’ll be with them,” Foster said.

As of now, everyone is still processing their grief but are determined to keep Walker’s memory alive.

The coaches who were here Friday night said more tributes are likely to come in the near future to remember Walker Phillips.

After much misadventure, trauma, anger among the inhabitants of the village UP