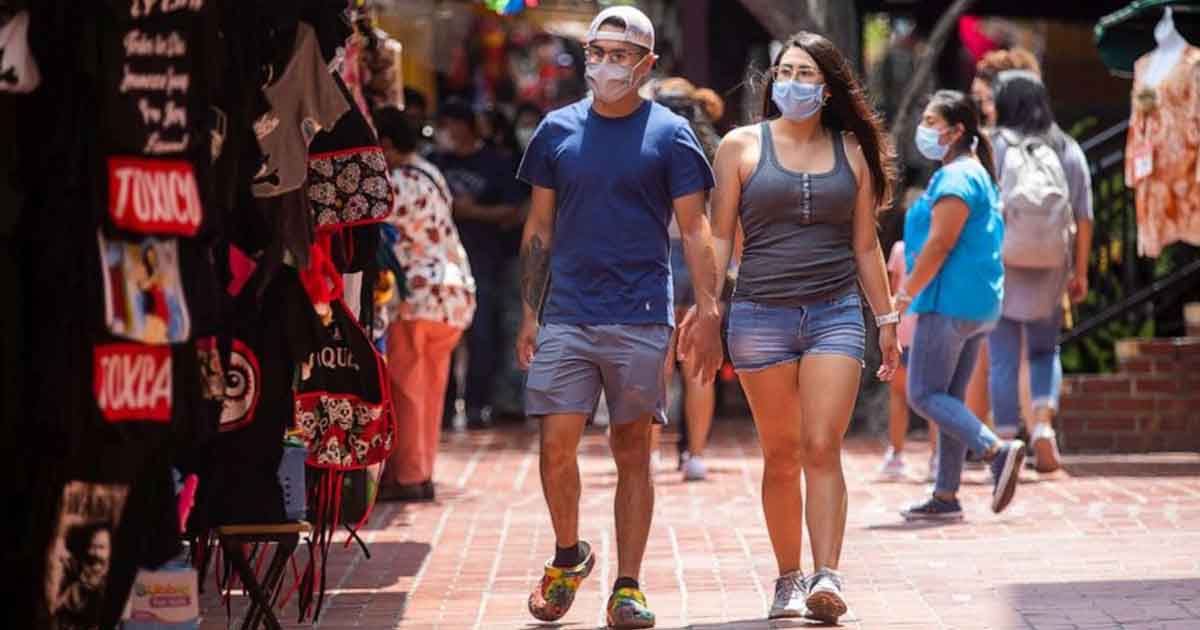 Beijing’s ability to balance its response to the virus and its economic growth faces a big test. Over the past few days, a dozen provinces have imposed travel restrictions, mass testing and other strict measures to contain an outbreak of the highly transmissible strain of the Delta coronavirus that has infected nearly 500 people.

China has administered enough vaccines to completely inoculate 60 percent of its population, according to estimates from the Reuters vaccination tracker. Yet authorities continue to take a zero tolerance approach to new cases.

Some cities have banned residents from leaving, canceled major events, and closed tourist sites. This includes Wuhan, where the virus was first detected in 2019. In Jiangsu province, authorities have cautiously shut down more than 40,000 entertainment centers used for playing cards and mahjong.

The services sector, which is still recovering from the initial lockdowns of last year, will be the hardest hit at the moment. Household consumption spending recorded a two-year compound annual growth rate of 7% in the second quarter, still lower than the 9% seen in 2019, analysts at China International Capital Corporation estimated.

The wider economic impact of the measures taken so far is expected to be limited. Goldman Sachs analysts believe this could cut China’s third-quarter annualized GDP by less than a percentage point. If this latest wave of the virus continues to spread, however, the country may miss the government’s 6% annual growth target.

The timing of the peak is also unfortunate, as it comes on top of growth concerns caused by recent flooding as well as a wave of crackdowns in real estate and other sectors.

1/3
It’s too early to tell how serious this latest Covid-19 resurgence will be, but it’s already clear that it will impact tourism and consumer spending. Everyone’s custody is up again, and I’ve noticed over the past 2-3 days that after months … https: //t.co/Sn8SSP3Fga via @scmpnews

As it stands, the People‘s Bank of China, which withdrew the pandemic-induced stimulus measures, will have no choice but to maintain more accommodating monetary policies. There may also be even more restrictions on travel within and outside the country, as this latest outbreak appears to have been attributed to passengers who flew from Russia to Nanjing’s main transportation hub.

The current short and brutal shock could still nip this epidemic in the bud. Otherwise, Beijing’s penchant for severe restrictions to eradicate all locally transmitted cases despite a high vaccination rate will cast a much bigger veil on the economy.

China reported 85 new confirmed cases of the coronavirus on the mainland as of Aug.4, including 62 transmitted locally, the National Health Commission said in a statement on Aug.5.

The recent resurgence of the virus is associated with an outbreak in Nanjing, the capital of Jiangsu province, in late July, with the Delta variant likely being introduced on a flight from Russia, Chinese officials said.

The 31 provincial-level regions of mainland China have urged citizens not to leave the province where they live unless necessary, state news agency Xinhua reported on August 3. Among other measures, 23 train stations halted ticket sales to Beijing. bound passengers. All flights at Nanjing and Yangzhou airports have been suspended.

On August 3, the city of Wuhan announced that it would test its 12 million residents for the coronavirus after confirming its first domestic cases of the Delta variant. Wuhan, where the virus was first detected, had previously reported no local cases of coronavirus since May 2020.