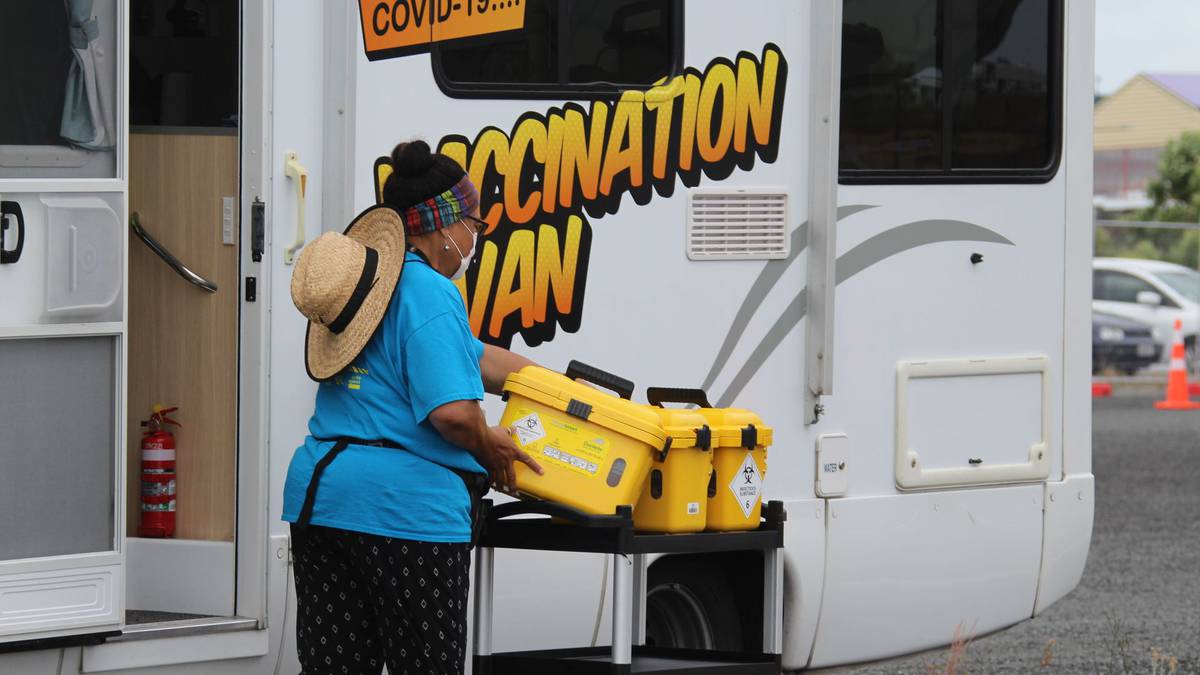 A case of Omicron has been reported at a second wedding in Auckland, sparking fresh fears of a long list of close contacts who will require testing.

The second wedding took place at Pukekohe Indian Hall and was linked to someone infected with Omicron.

The Ministry of Health confirmed that a person with Omicron visited Pukekohe Indian Hall on January 16 between 6:45 p.m. and 10:45 p.m.

The latest developments come as the Cabinet meets for the first time today since Prime Minister Jacinda Ardern put the country on a red light after confirming on Sunday that Omicron had spread through the community.

The government is expected to provide more details tomorrow on its step-by-step process for handling Omicron, as modeling predicts the number of cases could reach up to 50,000 a day in March.

A new vaccination center is also opening this morning in Auckland’s Westgate to meet demand for boosters and childhood vaccines.

About 40 cars had been queuing for half an hour when the new center opened at 11 a.m.

However, in good news today, it has been confirmed that no other staff or residents of the South Auckland Retirement Village, where a kitchen worker had Omicron, have so far tested positive.

Summerset’s test results from the park’s most at-risk staff who were in the kitchen with the infected worker last week all came back negative, along with all other village-related results.

Management was still waiting for a few more test results to come back today and a few other decisions before determining a way forward, the email said.

The village was quarantined after a kitchen worker who attended the same New Lynn wedding as the Omicron-infected Nelson family tested positive.

Staff who had been in the kitchen last week with the worker when he was potentially contagious were quickly replaced by the independent catering company that runs it.

All staff and residents underwent mandatory testing on Sunday and village residents were confined to their rooms and apartments. Visitors were also banned.

The Ministry of Education is also preparing for the reopening of schools from next week and has ordered 5,000 portable air purifiers.

The first 500 air purifiers will be in the country in March, but the rest won’t land until June – months after the virus is expected to peak.

Health Minister Andrew Little told Newstalk ZB this morning that people had previously said the health system would be overwhelmed by Covid and had coped.

He said the government was doing its best to keep pressure on the health care system with shutdowns, the wearing of masks and a cautious approach.

Few said the health effects of Omicron were not as severe as Delta and the vast majority of people would take care of themselves at home.

If the pressure increased, things like elective surgeries would be postponed to “keep alive those suffering the worst of Covid”.

The government was preparing for between 5,000 and 50,000 cases a day, which could lead to hundreds of new hospitalizations every day.

Omicron will be a “very intense” epidemic in New Zealand

Michael Baker, a professor at the University of Otago, told RNZ that the country still has a few weeks before this pathway is “a very intense outbreak in New Zealand”.

Baker supported the government’s current approach of identifying every case of Omicron and eradicating lines of transmission when case numbers were low to delay the takeoff of this outbreak.

But easing isolation requirements was the right thing to do once it was everywhere, he said.

Baker said reducing the isolation period from 14 to seven days was about as short as possible because the virus still had a long tail.

Close contacts are currently required to self-isolate for 10 days, but Baker expected that to also decrease.

His warning that a five-day isolation period would not be long enough comes as senior doctors in Auckland are told they may have to return to work five days after testing positive for Covid-19.

Auckland Hospital has also told staff it could be moved to other roles if Omicron causes shortages, according to RNZ.

The hospital believes up to 25% of staff could be absent at one time during the Omicron outbreak.

Meanwhile, more places of interest continue to emerge in both Auckland and Motueka, with The Vic Devonport and Countdown Motueka both being added to the list this morning.

Emory should invest in Emory Village