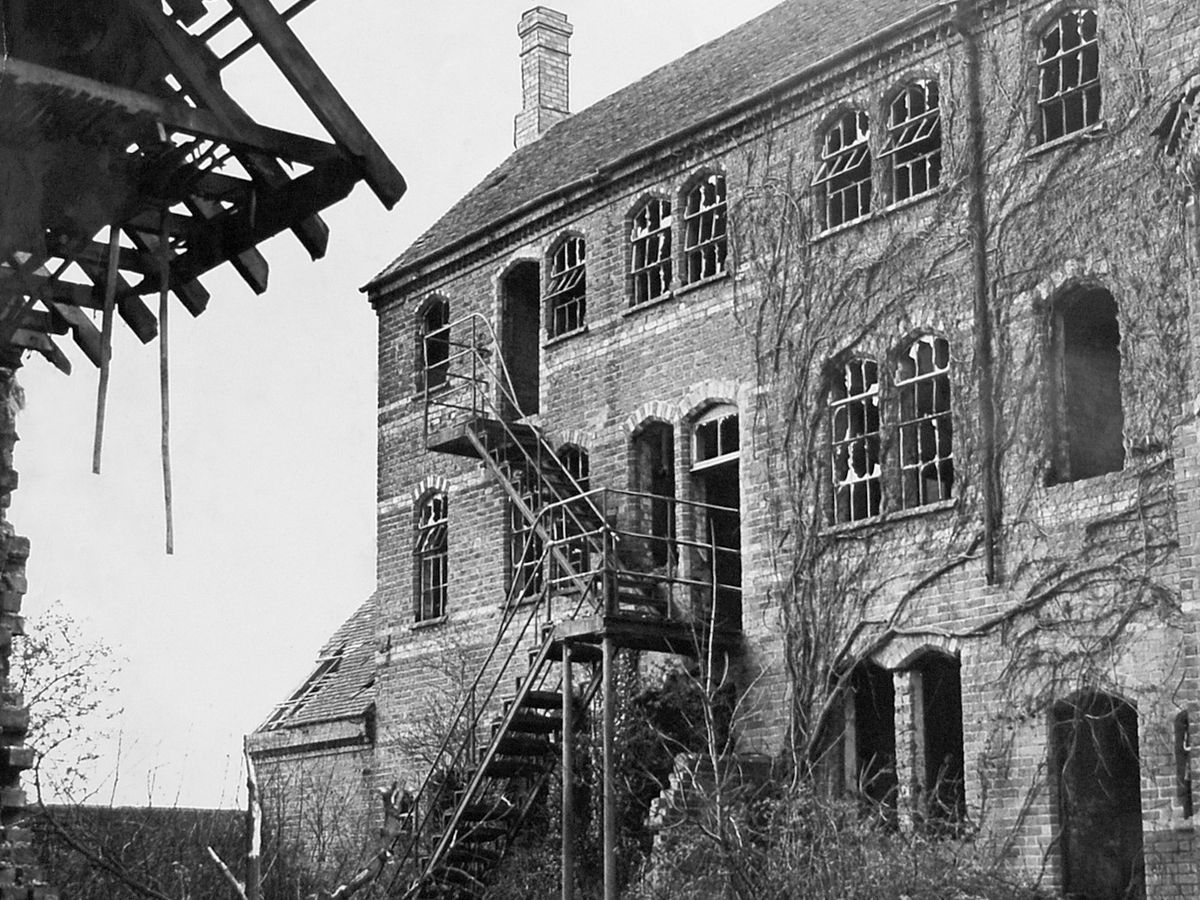 Even until the 1960s, when it had been closed for decades and had long been a crumbling shell, it still featured on a local sign: “Trysull Workhouse 3/4”. Miles, that is.

The three-story workshop was located just beyond the small hamlet of Awbridge and half a mile northeast of the village of Trysull.

Our images from our archives suggest its dubious grandeur, which by 1961 had, to say the least, vanished.

“Its three floors of horror dotted with ivy and floor to ceiling windows attract only bats, rats and the occasional courtier couple romantic enough to brave the peril of falling masonry,” according to an article published in September in the Express & Star.

Its heyday was recalled around this time by its closest neighbor, Councilor CP Bolland, who was part of the Seisdon Rural District Council and lived at The New House.

“Tramps used to spend a night there and then work in the field for their breakfast,” he said.

“It was an infirmary in its later years, but until it closed the grounds and buildings were immaculate. The frontage was all grass, with geranium beds.

“It really should be demolished. It’s a monument to the bad old days. If a man couldn’t pay his fees, a horse and cart would come and get him and take him to the workshop.

“The county council promised to demolish it, but then they sold it.”

The buyer had been Mr. NW Harris, an egg wholesaler from Bridgnorth, who had bought it in 1959. During the war, from 1942, parts of the outbuildings were used as an egg packing station. from the Ministry of Food, and some time after the war the county council had rented the workshop from him.

The flourishing operation was centered in the ground floor rooms at the rear of the old house. By 1949, the Egg Packing Station had collected and packaged 2,241,156 eggs and sold 11.6 million to retailers, although not all were packaged in Trysull.

In the 1960s, the demolition of the main building was clearly in the air. But what happened to him? Wikipedia says there was a fire at the complex in 1964, but we do know that the main ruins were still standing in March 1967, when the Express and Star carried another photo of the evocative relic.

Its days as a labor house for the Seisdon area had ended in 1936, but its origins were less certainly known. In 1958, the Star had tried to get to the bottom of the matter, but reported: “Many phone calls and personal visits to many people in the neighborhood who might have had the slightest connection with the institution only obtained the most vague details.

While one might have expected it to have been built shortly after the Poor Law Amendment Act of 1834, the newspaper’s investigation found no evidence of a new building until January 1861. , when the first death was registered there. The inference, then, was that Trysull Workhouse had been built around 1860 (an Internet source gives 1858-1860).

“It accommodated a maximum number of just over 80 people, and under its jurisdiction were the Cottage Homes nearby which housed around 15 children.

“Under the Local Government Act of 1929, the workhouse became the responsibility of Staffordshire County Council, and the Public Assistance Committee took over in April 1930.

“In the last 10 years of its existence as a work house it has become more like a hospital. It closed permanently in 1936 and was transferred to the county education committee with the idea of ​​making it. school.”

Other ideas made it a sanatorium or an inn to house the evacuees. Her future, however, turned out to be egg-shaped.

Today there are still a few buildings on the site, but the main building of the work house is gone – if you know when that happened, drop us a line.

Number of missing in condo collapse drops to 128 after audit

Istanbul Canal: a geopolitical powder keg in the making?