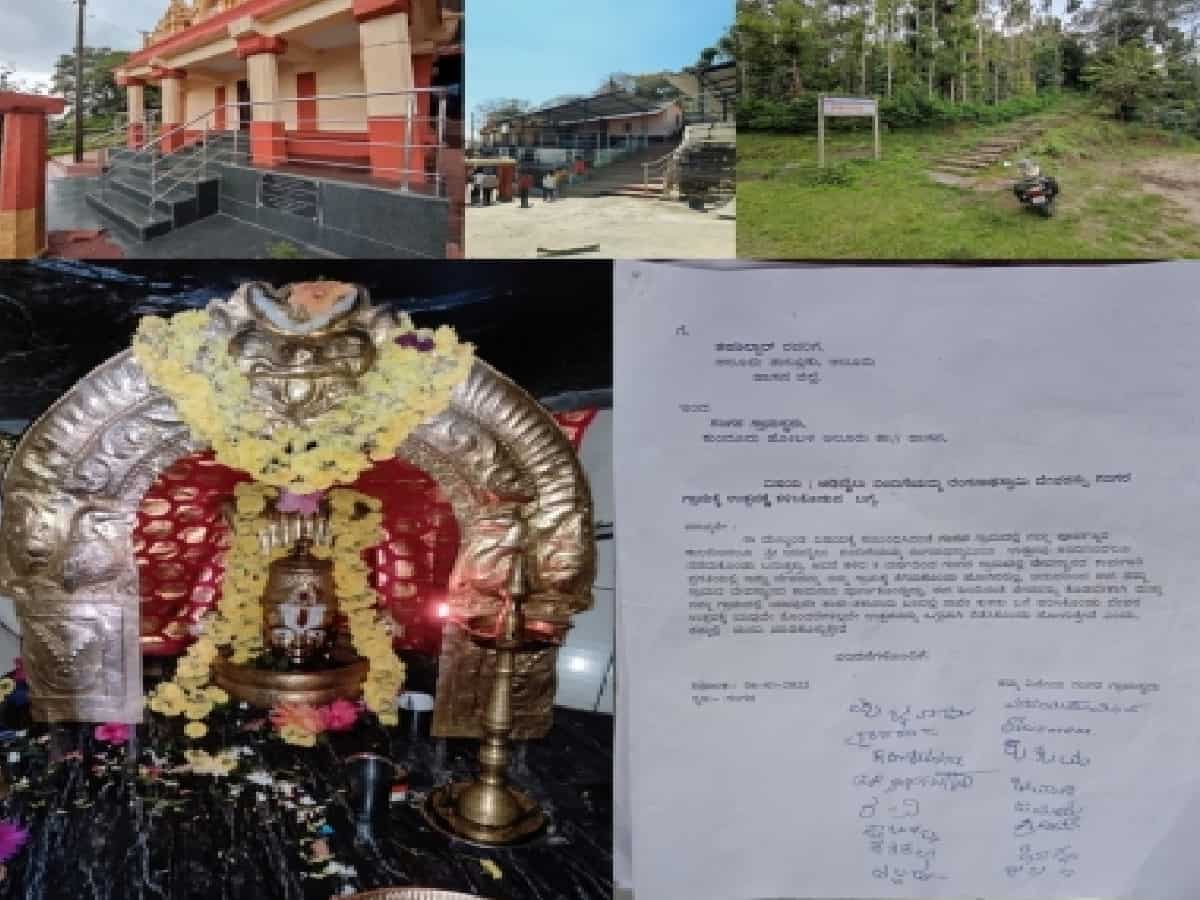 Hassan: As the entire nation celebrates the 73rd Republic Day, the harsh realities of social imbalance continue to haunt the country.

An incident of caste discrimination was reported in Gangura village, Hassan district, Karnataka, where members of the upper caste allegedly ordered Dalits not to participate in a religious ceremony, and even took a commitment on their part in this regard.

The villagers of Gangura, where the main temple under Muzrai department is being renovated, decided to perform a ritual called “Adde Utsava”.

During this ritual, the temple deity Adibailu Bindigeyamma Ranganathaswamy is taken to 28 villages before culminating in a religious fair after 28 days.

However, although the temple is under government control, the upper caste elders of the village held a panchayat and decided that Dalits should not participate in any religious affairs when the deity is brought to the village.

They gave clear instructions to Dalit families that they should not attend any religious rituals or worship the god. They were also threatened not to write anonymous petitions to the District Commissioner or any other government authority in this regard.

Going further, the upper caste elders of the village are said to have made a commitment from the Dalits that if any problem arises in relation to ‘Adde Utsava’, it will be resolved among the villagers.

Educated young people from the Dalit community in the village are furious with the diktat of the upper caste.

There are about 300 houses belonging to the upper caste in the village, while only 10 families belong to the Dalit community. It is alleged that knowing full well that the Dalits will not be able to demonstrate, members of the upper castes have decided to act unilaterally on the issue.

“If we are excluded from the worship of God, why should they be allowed? Don’t we have the same blood in our body? Is it just to practice untouchability by staying in the same village,” asked Akash, a village graduate.

“We are celebrating Republic Day today. But we have not yet achieved freedom. The oppressive caste system still haunts us. All castes are constitutionally equal, so why are we being exploited? Why does society does she give a raw deal,” Akash asked, adding, “We don’t want ‘Adde Utsava’ to come to our village if we are forbidden to participate in the ritual.

Another villager said on condition of anonymity that ‘Adde Utsava’ has been arrested for many years, and the villagers want to lead him this time.

“But whenever it happened earlier, the upper caste people wouldn’t let the Dalits get close to the god. This time they are collecting signatures from our elders, who are easily obliging for fear of being targeted or boycotted,” he said.

“The caste system is very much alive… It is practiced in every village. Ironically, it is not the Brahmins who impose untouchability, but other caste groups considered inferior by the Brahmins dictate in this regard. The temple belongs to the government, it is not private property. If we are not allowed to worship and participate in rituals, we don’t want ‘Adde Utsava’ in our village,” he said.

The village falls under the Sakleshpur Assembly Reserved Constituency represented by HK Kumaraswamy of JD(S).

The ‘Adde Utsava’ was arrested 20 years ago after a big uproar over a Dalit participating in the religious fare. After a long period, arrangements are being made to restart it but without the Dalits, according to locals.

When contacted, MP HK Kumaraswamy said the matter had not yet been brought to his attention.