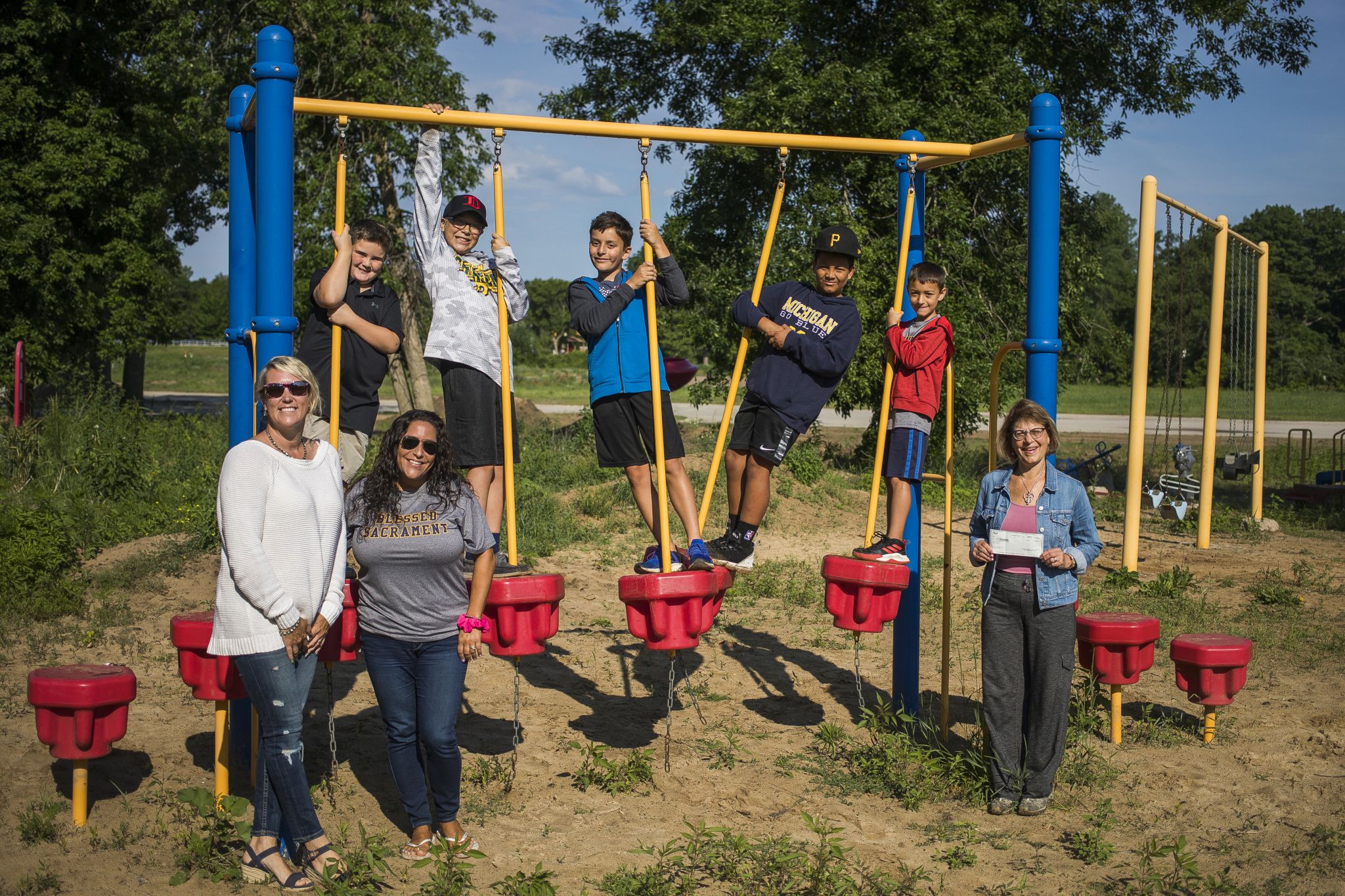 Tracey Beck spoke with conviction about what it feels like to lose a longtime pillar of her community and how to move forward.

The pair stood in Sanford Village Park on Wednesday morning with Veronica Keys, watching several elementary-age boys play on what is left of the park’s playground.

These boys had all lost two important parts of their lives recently, when Blessed Sacrament School closed a year ago and the 3798 Cub pack closed with it. But they are stepping away from this sad turn of events to light up Sanford’s future by helping to rebuild the park that was devastated by floodwaters like much of the community last year after dam failures in May 2020 in mid Michigan.

â€œIt was a fight, but you know what? Everyone is rebuilding and growing and thriving. You have to look ahead,â€ Beck said.

The pack, which at the time of its disbandment numbered about 11 boys from eight families including Beck and Keys’ families, chose to donate the $ 2,000 of their remaining funds to the village of Sanford to help rebuild the park. It’s a project Porte hopes to be far enough along that baseball and softball games will be played there next spring.

â€œWe let them choose where they thought they wanted their money to go, and they thought it was the best place,â€ Beck said of the Cubs, who had also been classmates at Blessed Sacrament.

Beck and Keys brought several of the boys to the park to present the check for $ 2,000 to Porte, who accepted it on behalf of the village.

â€œWe are facing change and moving forward and making the most of it. I think that’s what we are doing,â€ Beck said.

â€œKind of like a small town,â€ Porte replied with a smile in reference to Sanford’s resilience over the past 13 months.

â€œWe have met so many great people who have come to help and come with donations,â€ added Porte. “Like you guys, where you’re sad to close but you can do something joyful and help the park rebuild itself.”

In a comment to the Daily News, Porte said she was grateful for the Cubs’ generosity and selflessness.

â€œI love the sense of community service these kids have, especially when they were sad about losing their school and (pack),â€ she said.

Good friends and new fifth graders Michael DeHaven, Jaxson Lewis, and Grant Beck spoke about why they wanted to use the Cub pack’s remaining money to help Sanford.

â€œEvery year we have this popcorn sale. The more money we make, the more prizes we get,â€ Lewis explained. “I have a feeling that this money should pay for (the reconstruction of the park).”

“The only really big playground they have (in Sanford) is at Meridian (elementary) school. We could use that money to fix the baseball fields and fix the park and stuff for the kids,” he said. DeHaven said.

Grant Beck said the park “looks like a rainforest,” and he’s happy the donation can help it be rebuilt.

Tracey Beck has said that she, Keys and other Moms of the Disbanded Cubs Pack try to keep the pack spirit alive and the boy’s friendships strong.

â€œMoms have a thread (on social media) called ‘Boy Scout Mamas’,â€ Beck explained. “We’re keeping a thread just to keep the boys in touch and check out what they’re doing and try to keep them together.”

Keys noted that service to the community has always been a central part of the activities of the Cubs in the pack and their families.

â€œWe’ve done a lot of things in the community. At Christmas we love to bake cookies for first responders, firefighters, paramedics. This is one of our biggest service projects,â€ Keys said. â€œWe also love ringing the bell with the Salvation Army. And we did a service project at the Greater Midland Community Center to raise money for the ROCK after-school program.

Even though the pack no longer exists, Keys said the hope and plan is for the boys in it to continue to serve their fellow men.

â€œWe want to keep as much as possible for the boys, to (help them) stay together and continue to give back to the community and grow in their faith,â€ Keys said.