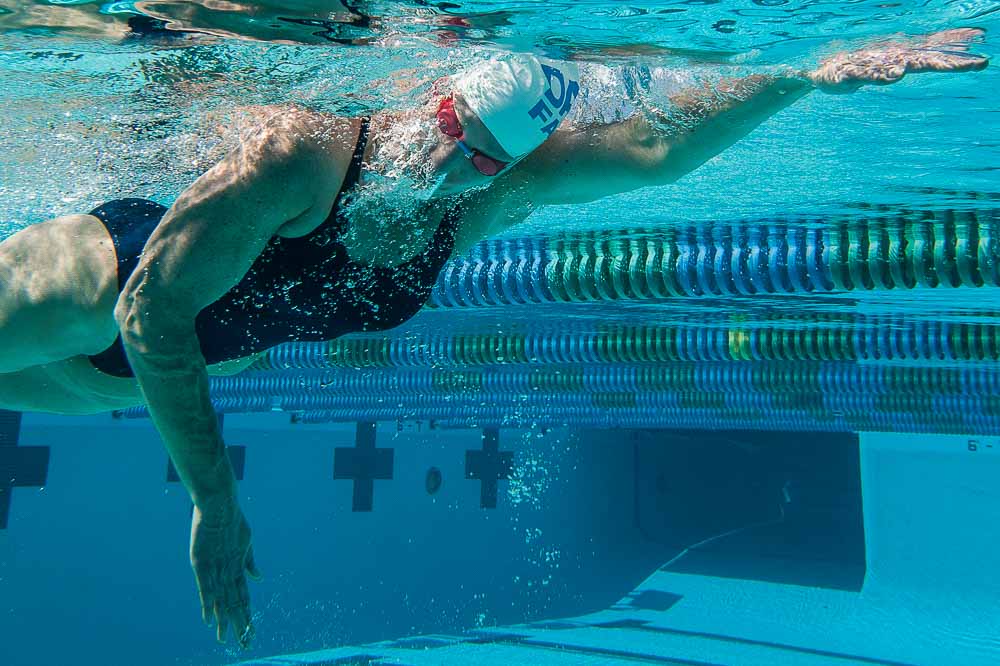 Swimming is considered more difficult to learn than other endurance sports due to the complications associated with being in the water. The most obvious is the need to breathe air in an aquatic environment.

When you swim, your muscles use oxygen to function and propel you forward with each stroke. The faster you swim, the more oxygen your muscles need, so establishing a breathing pattern is important.

In short sprint races, like the 100 freestyle, your body will need a lot more oxygen since you will be swimming with full effort. In these shorter runs, you also tend to kick a lot faster, and your leg muscles are big and require a lot of oxygen to function effectively.

Freestylers breathe either from one side or from both sides, which is called bilateral breathing. Both have benefits depending on your previous swimming experience and where you run.

To perform the new school hypoxic exercise, swim freestyle regularly, but only breathe when you absolutely have to. It can be every other stroke or once per length. The key here is to make sure you’re not holding your breath, which can be dangerous. Exhale as you swim, letting the air out slowly as if you are humming. This exercise improves lung capacity over time because you swim as far as possible before you breathe. It’s best to start using new school hypoxic sets in the 50s or 100s, increasing the distance as you get more comfortable with the exercise.

To perform the old-fashioned hypoxic exercise, swim freestyle regularly, but breathe in a defined pattern, such as every three or six strokes. If you are a one-sided breather, you will choose an even number. Bilateral breather will choose an odd number of strokes. As you swim, focus on maintaining a steady pace and breathing at your assigned number of strokes. As with the new school hypoxic exercise, start the old school hypoxic exercise in sets of 50 or 100, increasing the distance as you become more comfortable with the exercise. (Again, don’t hold your breath to perform this exercise. It can be dangerous. Instead, release your air under the water during the time between breaths.)