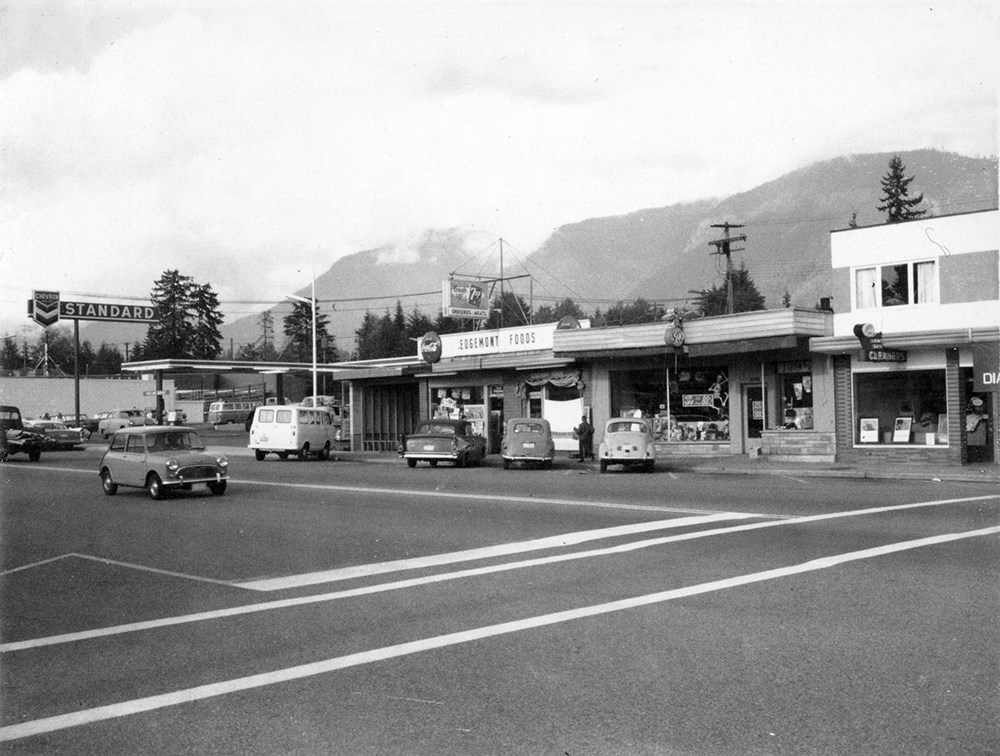 Halloween in Edgemont Village, one year before the riot

It’s 1966, it’s Halloween and the kids are looking for something to do. Edgemont Village had become a Halloween gathering spot in previous years, and this year was no different.

Local radio stations began reporting on the growing crowd, which only enticed more young people from nearby areas to come and check out the scene. It wasn’t long before the rowdy crowd started throwing eggs and bottles, causing damage to many storefronts and prompting the arrival of police cars and fire trucks. Fire hoses were aimed at the crowd and several people were eventually charged with unlawful assembly.

This photo shows an intersection in Edgemont Village, ca. 1965, which a year later would be filled with teenagers. Can you spot the skeleton?

Visit the MONOVA website for more information on North Shore history and to plan your visit to MONOVA: Museum of North Vancouver, now open at 115 West Esplanade in The Shipyards.

Currently, MONOVA: Archives of North Vancouver, at 3203 Institute Road in Lynn Valley, is open by appointment only. Contact: [email protected]