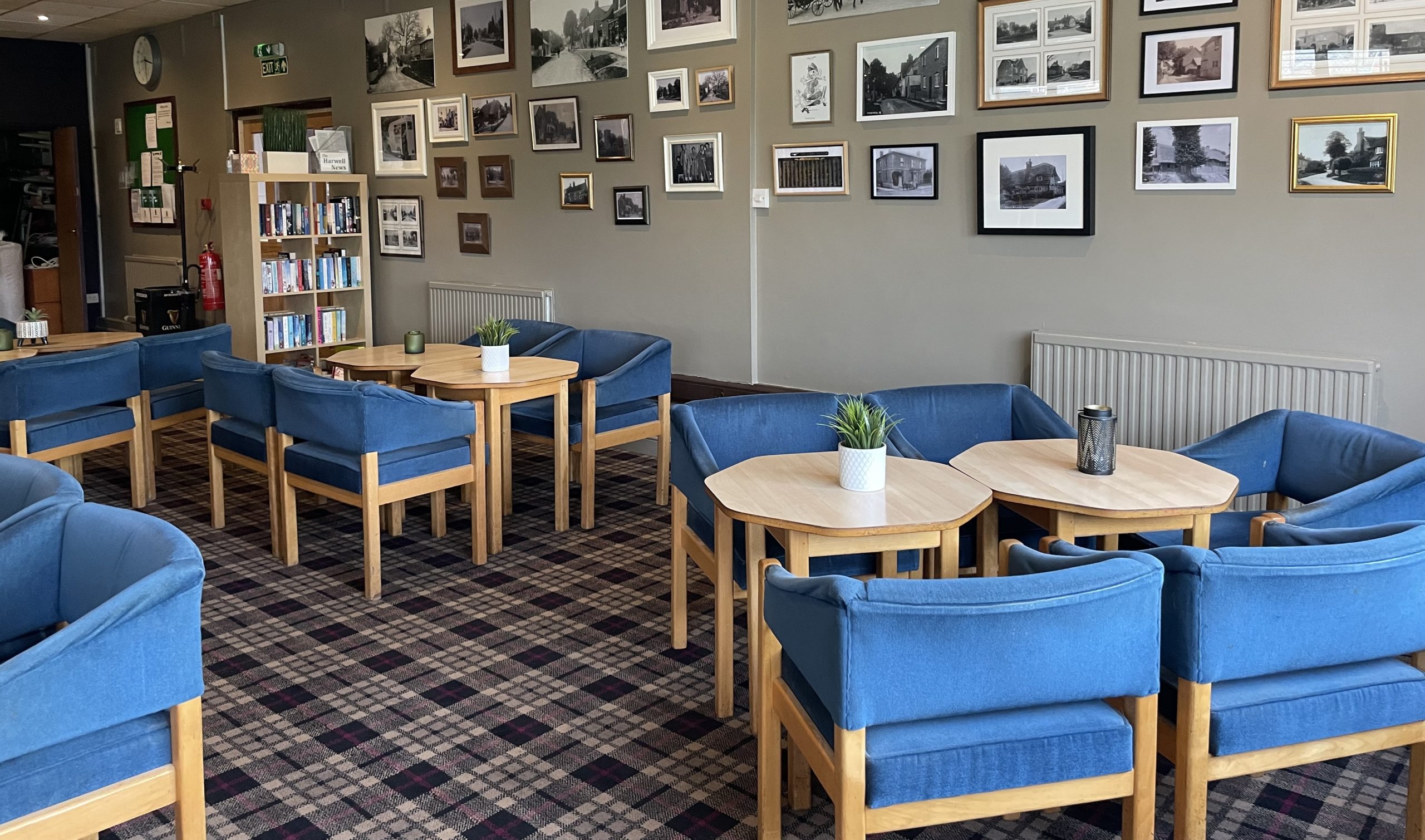 The Harwellian Club recently reopened after receiving £47,571 from Vale of White Horse District Council for a major refurbishment.

Residents of Harwell are flocking to see the changes made to the club since requesting developer contributions through the district council. Section 106 funds were raised by the White Horse Valley as part of an agreement with local developers to build new homes in the village.

The club looks unrecognizable inside the lounge bar with two large windows installed bringing in natural light and giving visitors a panoramic view of the recreation ground. A raised seating area has also been set up for concerts and entertainment. If needed, a new partition can be used to separate the lounge and the new sports bar, which now houses a pool and pool table for members and league games.

The committee has decorated both bars with a modern makeover while keeping its local heritage on display with memorabilia from the British Legion in the sports bar and historic photographs of the village in the lounge.

Outside the club, the funding made it possible to install an accessible entrance to accommodate residents and groups. A new secure garden has been created overlooking the recreation ground with a new Aunt Sally pitch for the local league.

To help the club run all kinds of events throughout the year, a new commercial kitchen has been installed with updated equipment for caterers supplying food to the local rugby, tennis and football teams. other sports. This has enabled new initiatives such as a pop-up restaurant, tea parties and Sunday lunches.

During the project, the club organizers were also able to obtain funds from other organizations for new garden seats and some of the catering equipment in the kitchen.

Cllr Judy Roberts, Vale of White Horse District Council Development and Infrastructure Cabinet Member, said: ‘The club has always been an important part of Harwell village life, and with developer funding , they managed to make the facilities modern and accessible. to all. Negotiating and collecting these developer contributions is vital to our local communities and the funding has enabled the club to welcome new and returning residents and families back and attract even more local groups to use their facilities.

Debbie Greenfield, President of the Harwellian Club, said: “We have worked hard to create a friendly club for our community and our mantra is truly ‘everyone is welcome’. The money made a huge difference for us, it created a springboard to make essential improvements and changes. It’s so nice to see people from all over our village community enjoying the club’s new look and improved facilities – that’s the difference this type of funding can make. We look forward to welcoming even more new members as we build for the future.

Cllr Hayleigh Gascoigne, Harwell Councilor at Vale of White Horse District Council, said: “I am really pleased the funds have helped the club make improvements. The new windows make the interior feel light and airy and I think the new garden will be popular in the summer months!

Cllr Sarah Medley, Harwell Councilor at Vale of White Horse District Council, said: ‘The club looks fantastic after recent refurbishment, which has enabled the club to deliver a brilliant program of events for the community – everything from bingo and quiz nights to pop-up restaurants and live music concerts! Kudos to the committee and team of volunteers for their countless hours of hard work for the club – they have definitely achieved their vision of making The Harwellian a friendly and welcoming community club for all.

A strike against a Ukrainian village causes an unimaginable human tragedy