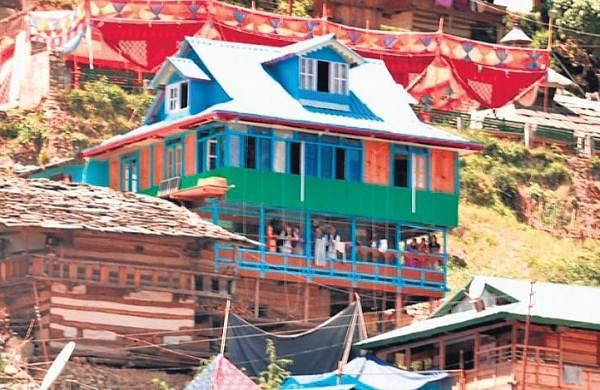 DEHRADUN: Saud village in Uttarkashi district, Uttarakhand has become an example of entrepreneurship and self-employment, with 60 out of 85 families converting their homes into sustainable and eco-friendly accommodation. This has not helped them support themselves, but has also helped to create jobs and curb migration.

The location of the picturesque village at an altitude of around 10,000 feet next to the Govind Wildlife Sanctuary and the famous Kedar Kantha trek is ideal for such an endeavor as the area receives thousands of tourists.

Officials from the state tourism department said various schemes have been launched to promote homestays in the mountainous regions of Uttarakhand. Rahul Chaube, Uttarakashi District Tourism Officer, said, “The village has become a model homestay village, which has been made possible by enterprising people as well as the help of the government, with grants from programs such as Veer Chandra Singh Garhwali Yojana. We strive to encourage many other village pockets to emulate this model. »

The state government had launched the Veer Chandra Singh Garhwali Yojana in 2002 to support people who want to start any type of tourism business under which a grant of up to Rs 15 lakh is provided. The program is believed to have helped control the migration of at least 10,000 people into the state since its inception in 2002.

Chain Singh Rawat, a villager who is among the pioneers of homestay in the region, said, “Homestays can become the backbone of village tourism in Uttarakhand. Our state is blessed with an abundance of natural treasures—mountains, rivers, forests and wildlife. Ghost towns can become hotspots for eco-friendly and sustainable tourism activities.

“Everyone has heard of Auli but Kedar Kantha was not well known. I thought it could be a good destination for those who love adventure tourism, trekking and related activities. The number of tourists arriving here reached 95,000 last year,” Rawat added.

Family income also recorded an increase. Jagmohan Pokhriyal, a local resident, said: “Thanks to the constant efforts and assistance of the government, incomes have increased two or three times over the past few years, generating employment and reducing migration from the region.

Migration has been a major issue in Uttarakhand which has huge potential for adventure and tourism. A response from RTI in January 2021 revealed that 73,072 people migrated from Uttarkashi in the past 10 years, while over 5 lakh people migrated from the state in 10 years.