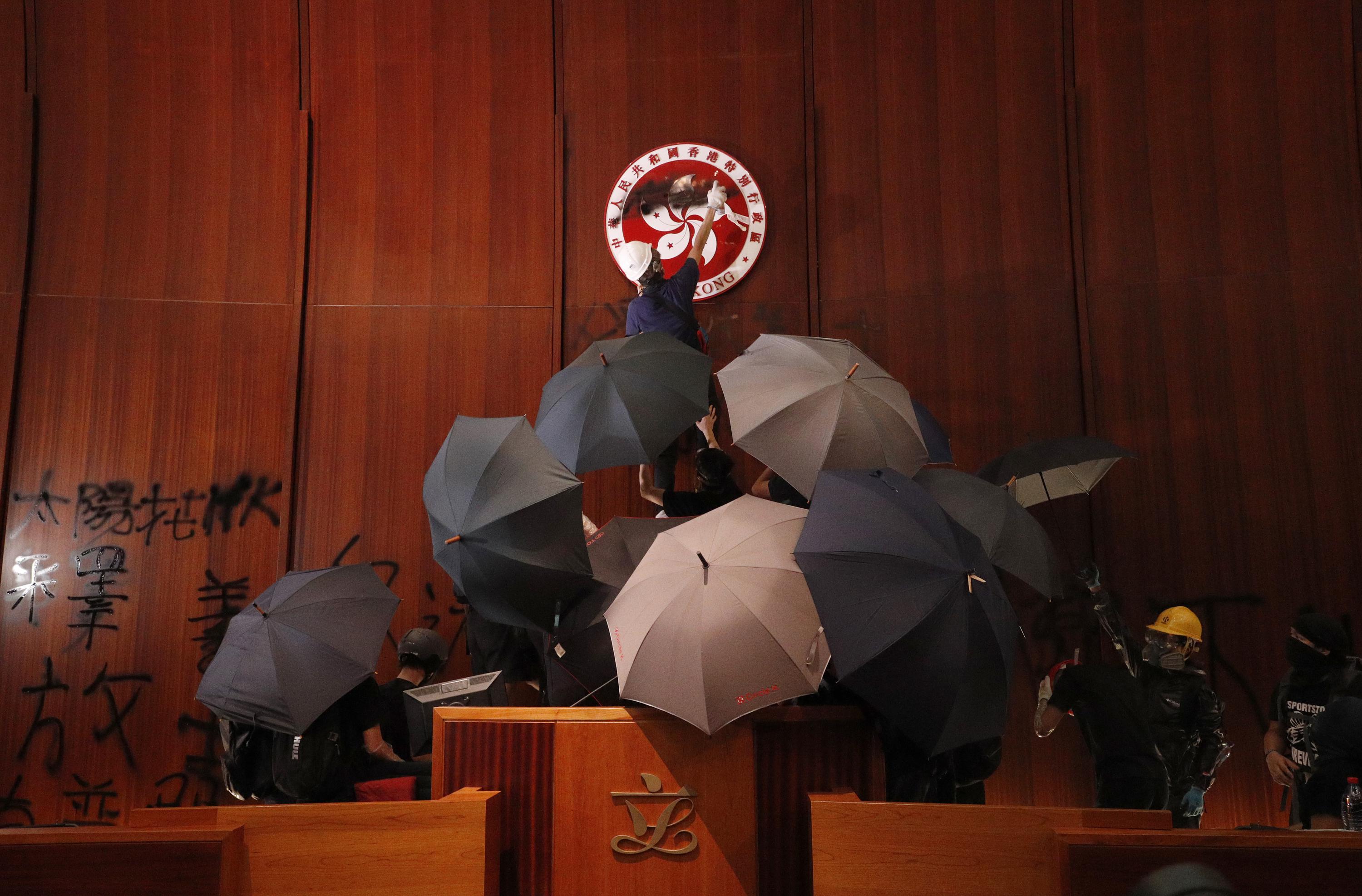 HONG KONG (AP) – The Hong Kong Legislative Council elections on Sunday mark the culmination of Beijing’s campaign to curb the body that once prevented it from imposing its unbridled will on the semi-autonomous territory.

Since the city passed from British rule to Chinese rule in 1997, with Beijing’s promise to retain Western-style freedoms for 50 years, demands for an expanded democracy have inspired protest movements in 2014 and 2019. But they were largely ignored and subsequently crushed by security forces.

Here’s a look at the events that led to dramatic changes in Hong Kong’s electoral system:

Also known as “Occupy Central” for the business district where pro-democracy protesters have gathered, the movement takes its name from the umbrellas that activists use to protect themselves from police pepper spray. Nearly 1,000 people were arrested in what marked the city’s most tumultuous time since China took control of the territory. A government proposal would have allowed the city’s 5 million eligible voters to vote for the city’s leader for the first time. But the package was rejected by lawmakers and pro-democracy activists because the power to select up to three candidates would remain in the hands of a group of 1,200 members of tycoons and other elites seen as sympathetic to the government. from mainland China.

PROTESTS OF THE 2019 EXTRADITION LAW

The government then withdrew the proposal and the current chief executive, Carrie Lam, was selected by an electoral committee. In February 2019, the government introduced an extradition bill it said would close loopholes in the territory’s regulations on the surrender of criminal suspects to jurisdictions where they were wanted, including mainland China. Opponents said citizens risked being extradited on political grounds to the mainland, where legal rights are considerably weaker and where they could be tortured and abused. After street marches and limited clashes between protesters and police, Lam announced that she was suspending the bill on June 15, although it was not officially withdrawn until October.

The movement snowballed into four demands, including an investigation into police tactics and the release of arrested protesters. Some also called for Lam’s resignation and said they wanted true universal suffrage. All requests were ignored. On July 1, the anniversary of the handover of Hong Kong, diehard protesters stormed the legislature. Hundreds of young demonstrators smashed windows, disfigured official symbols and spray-painted slogans. The council was not in session and the officers retreated further inside the building.

As the year progressed, increasingly violent clashes erupted each night, culminating in November with a long, dramatic confrontation at Hong Kong Polytechnic University, where students had stored homemade arsonists. Police stormed the campus, arresting more than 1,000 students, most of them, and cutting off support for a large protest action. Police also arrested senior opposition officials, while the pro-democracy camp won the district councilor elections. The movement held a symbolic primary to choose candidates for parliamentary elections slated for September 2020 amid calls to cripple all parliamentary activity to force concessions. Lam decided to postpone the election, citing COVID-19 infections.

Chinese officials have said conditions in Hong Kong are no longer conducive to passing national security legislation, and the ceremonial national parliament in Beijing will act instead. On June 30, 2020, the National People’s Congress adopted the National Security Law targeting secessionist, subversive and terrorist activities, as well as collusion with foreign forces, with sentences of up to life imprisonment. Scuffles erupt in the Hong Kong legislature, where four lawmakers have been disqualified under the provisions of the new law and 15 others have resigned in solidarity. Six other lawmakers were expelled earlier after changing their oaths.

On March 11, 2021, the Chinese parliament passed a resolution to amend Hong Kong’s electoral law that many saw as effectively ending the “one country, two systems” framework under which Hong Kong was to retain its legal, political and separate financial statements for 50 years. year. By a vote of 2,895-0, with one abstention, the assembly voted to give a pro-Beijing committee the power to appoint more Hong Kong lawmakers, thereby reducing the proportion of those directly elected and ensuring that only those who are truly loyal to Beijing are allowed to stand for election. The move expanded the size of the chamber from 70 to 90 seats, with members of the Election Commission, a strongly pro-Beijing body tasked with electing the director general, representing 40 of them. 30 other seats are elected by groups of companies called â€œfunctional constituenciesâ€. The number of directly elected representatives has been reduced from 35 to 20. Five elected seats among district councilors have been completely abolished.

ONLY PATRIOTS CAN RUN FOR THE OFFICE

The candidate screening rules included in the changes ensure that anyone even suspected of being less than overwhelming loyal to Beijing will be eliminated. Hong Kong is heading towards the Communist Party’s authoritarian restrictions in place in mainland China. The UK and US have condemned the electoral changes while Beijing and its supporters call them simple improvements aimed at improving efficiency. In a Dec. 7 interview with the Communist Party newspaper Global Times, Lam said the elections would be “more representative with a more balanced turnout.” She said the goal is to elect those who are patriots to rule the city.