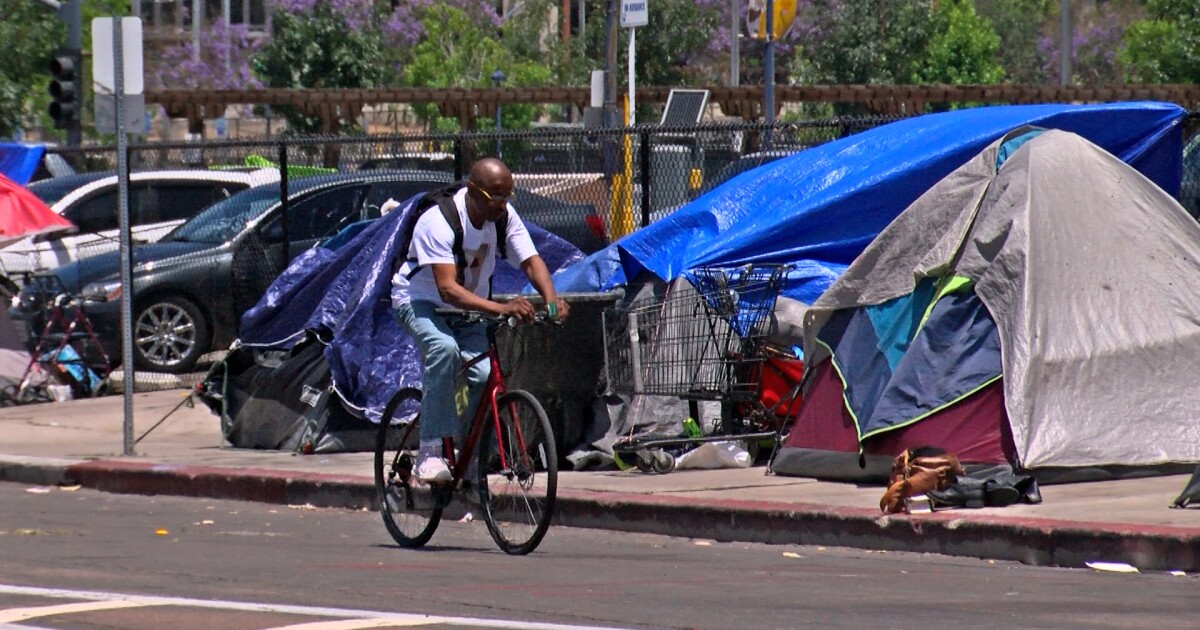 The San Diego Housing Commission is looking for a social service provider to explore the concept of a “safe village” where homeless people would be allowed to camp.

The commission this summer called for organizations interested in operating a safe village after the Downtown San Diego Partnership launched the concept in February. The nonprofit did so after recording its highest monthly number of people living on the streets in January.

Many people experiencing homelessness avoid traditional shelters for a variety of reasons, including overcrowding, strict curfews, bans on having pets, or policies that separate people from their partners. Proponents say a safe village can provide more privacy and independence.

San Diego operated a secure campground during the 2017 hepatitis A outbreak, which was concentrated in the homeless community. The campground was located in a city vehicle parking lot at the southern edge of Balboa Park.

The Housing Commission released its Safe Village-related “Request for Qualifications” (RFQ) on July 1, and the deadline for service providers to respond is Monday.

The RFQ document states that the commission wishes to “expand its ability to serve populations that have historically been reluctant to engage with the current shelter system, which may include unsheltered and outdoor populations living on public rights-of-way , or in encampments, and populations that may have higher needs or experience substance use disorders or behavioral health issues.”

The commission expects the Safe Village to provide “housing, access to health resources, meals and connection to support services in a non-traditional environment that is safer than homelessness on the streets.”

The commission does not identify any location in the RFQ, but encourages service providers to make suggestions. Other facilities that serve the homeless have faced fierce resistance from nearby residents.