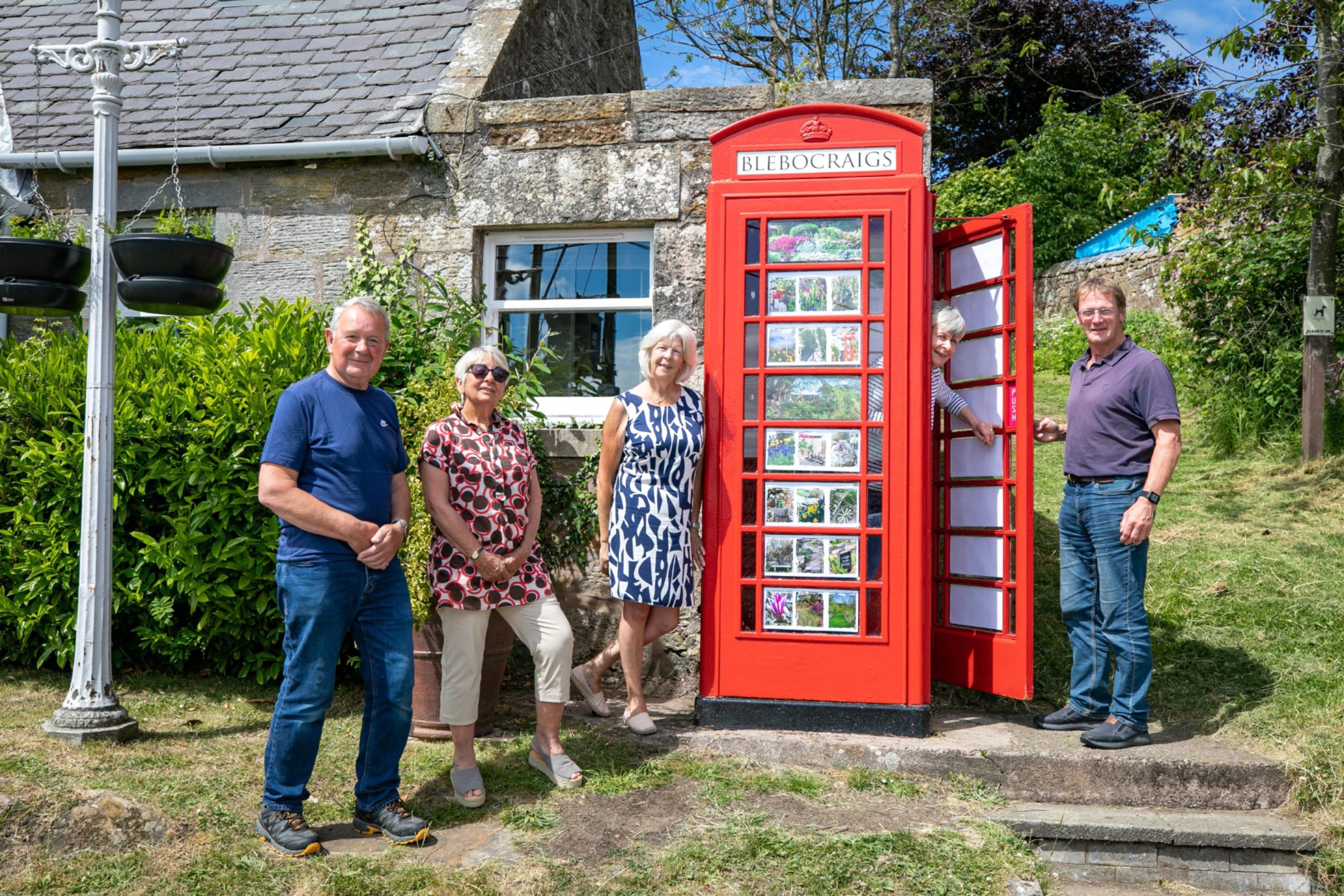 Residents of a small village in Fife have created the smallest community center in the area – in an old red phone booth.

The villagers of Blebo Craigs bought the box from BT for just Â£ 1 and then transformed it in an effort to maintain the community spirit during the lockdown.

And it’s proven to be so popular that it’s still used as a hub for locals, even as Covid restrictions have eased.

Art exhibitions, a book sale and a flower show are among the events held at the iconic box designed by Gilbert Scott over the past year.

â€œWe bought it from BT early last year for Â£ 1.

â€œWe asked the community council if they wanted it, but it made more sense for us to take it on. “

From face masks to bread making

After some repairs and a paint job, the village town hall committee decided that the box should become a focal point while the hall was closed.

And one of the first things they did was make face masks to sell to villagers from the phone booth.

â€œWe’ve had a lot, a lot of different things,â€ Lesley said.

â€œOne of our locals Chris Reekie is taking some great pictures so we had Blebo birds, Blebo flowers and right now it’s Blebo Gardens.

â€œWe had decorations for Christmas and someone filled it with streamers and balloons for a little girl’s birthday.â€

A phone booth book sale raised Â£ 100 for the upkeep of the room and, more unusually, a local made a batch of sourdough bread for sale.

â€œWe have an annual craft fair in the lobby, but we obviously couldn’t do it this year, so we took over the phone booth for a week,â€ Lesley said.

â€œWe also did some tartan art – we used to have a lot of tartan curtains in the lobby, so I cut them up and 20 people pulled a piece out.

“At our flower and produce fair in September, we will be having a contest to see who made the best tartan.”

Most of the decorating ideas came from members of the village town hall committee Vanessa Colquhoun and Christine Hulbert.

â€œWe have an honesty fund and most of the money raised goes to the venue,â€ Lesley added.

â€œWe couldn’t do much in the venue last year due to the restrictions.

â€œBut the phone booth was fun and people really took to it.