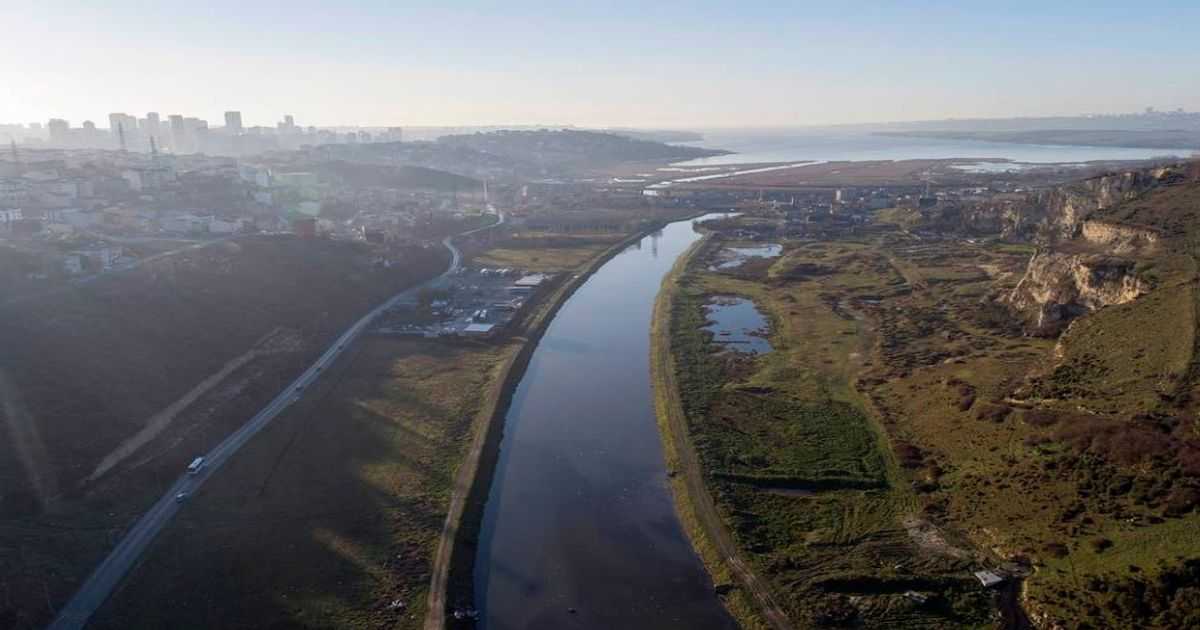 Istanbul Canal: a geopolitical powder keg in the making?

Erdogan’s assertive foreign policy has become the key mantra of Turkey’s approach to international politics, which is commonly seen under neo-Ottomanism. Its surprisingly proactive policies have opened up various geopolitical debates in which Istanbul Canal developments are the most recent online. Despite domestic resentment against Erdogan’s ambitious strategy in the region, the region is subject to major geopolitical changes given the post-2023 scenario.

Turkey has started the construction of the Istanbul Canal which is the largest project undertaken by Turkey in its history. It aims to reduce the pressure of the Bosphorus Bay which is the busiest waterway in the world and the only free passage for the Black Sea States to connect to the Mediterranean Sea and the Sea of ​​Marmara.

About 40,000 ships leave the Strait each year, three times more than those passing through the Suez Canals. Rhetorically, Erdogan called the project “Crazy project ”.

Economically, the largest construction project taken by Erdogan’s party will cost $ 15 billion. It will allow 160 ships to transit per day, which is equivalent to the traffic of the Bosphorus. This project will urbanize Istanbul as the multi-faceted project will generate $ 8 billion in transit fees each year and include infrastructure projects aimed at boosting the overall development of the cities that connect Turkey to Europe.

It will also provide jobs for 2 million Turks who represent around 19% of the country’s annual economic growth. In addition, the construction of high speed trains, major highways and bridges are some of the important projects underway.

In addition, Erdogan’s goal for the post-2023 scenario is to improve the Turkish economy. The goal is to reach $ 2 trillion in GDP, $ 24 per capita GDP, $ 500 billion in exports and many other economic reasons also related to the Istanbul Canal project. The aforementioned projects seem compelling while including the side projects that need to be undertaken along the canal.

Objective of the project

Politically, Erdogan’s party faces national challenges in the face of the economic crisis as the Turkish lira has fallen massively against the US dollar, so the government aims to turn the Turkish economy around.

This project was part of Erdogan’s 100-day plan of action for his tenure, which is why it is important to keep his promise to gain public support and improve his position as Turkish president, as it was on cases in previous elections where the construction of Turkey’s largest mosque, the airport and a tunnel under the Bosporus strengthened its public image. The project is not only confined to economic and political motives, but it aims to achieve strategic objectives.

Strategically, the region holds important motivations for Ankara. The region is the only route for Black Sea states to trade with the outside world, which means that any strategic action to block access through the region will stop the regions’ trade. Likewise, Russian ships pass through the region and, in accordance with the Montreux Convention, Turkey cannot take any action against it at the moment, but the construction of the Istanbul Canal will change the regional dynamic.

Read more: Turkey and Russia on the brink of TOTAL WAR

The Istanbul Canal for the United States and Russia

It all depends on Turkey’s foreign policy if it is to favor the United States over Russia, which seems unlikely due to growing cooperation between Russia and Turkey and growing mistrust of the United States at About the S400 agreement.

On the other hand, the current bromance between Erdogan and Putin strengthens the hold of Russia which can take advantage of it to double the speed of its oil exchanges outside the region.

On both sides, Turkey can gain the upper hand in this geopolitical situation in the post-2023 regional order. Turkey’s negotiating position will be strong and it will be able to sign an important military, economic and diplomatic agreement with the United States or Russia in favor of any of them in the region. From there, Turkey’s marginalized position in the region will shift to central power in line with Blue Homeland’s current strategy.

Read more: US and other powers fear Turkey’s regional boom

Challenges for the project include the 82-year-old Montreux Convention, which states that Turkey cannot charge transit fees to ships crossing the bay. The question now arises, if the region is free of trade, why would states prefer the Istanbul Canal? According to Turkish politicians, the Istanbul Canal is safe compared to the Bosporus, but it is not a constructive point for states to change their trade routes.

This opens up the debate further: will the Black Sea countries formulate an agreement with Turkey based on the emerging developments of the post-2023 scenario?

In conclusion, the situation targets Erdogan’s vision of connecting the Mediterranean Sea with the Black Sea and the Caspian Sea, this action is therefore only a pawn in the regional geopolitical chessboard where Erdogan places auspicious cards. to support its Blue Homeland strategy.

The author is an Islamabad-based columnist and can be contacted at: [email protected] The opinions expressed in the article are those of the author and do not necessarily reflect the editorial policy of Global Village Space.