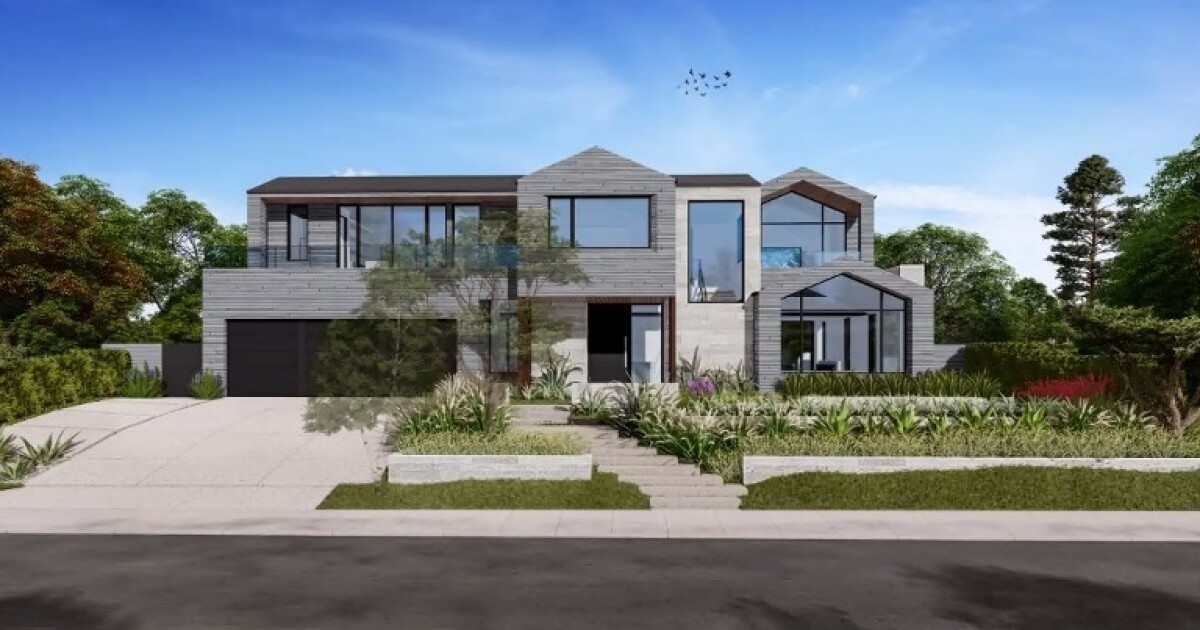 The project is applying for coastal development and site development permits to remodel and add 2,015 square feet to an existing two-storey house and garage at 8457 Prestwick.

Plaintiff’s representative, Jennifer Bolyn, said the proposal is to add height to enhance the view to the west, add a vaulted ceiling to the living room, renovate the facade and redevelop the kitchen, dining room and the guest bedroom.

When PRC administrators reviewed the project in March, some said the color and facade of the house did not match the surrounding properties and asked the applicant’s team to meet with neighbors.

As for neighboring properties, Bolyn said at the April meeting that “there are several houses that are modern and new, and a lot of houses are quirky. …As neighborhoods transform, architectural styles change.

Bolyn said the color for his project was softened to a lighter shade of gray than originally shown.

She said the owners have also reached out to some neighbors and received positive feedback. None of the neighbors attended the CRP meeting.

While some administrators were happy with some changes and said the house “looked like a modern house”, others said it was still not to their satisfaction.

“It’s better, but it’s still not good,” said administrator Janie Emerson, who added that the main issues are “dark” exterior colors and an overhang above the front door. .

Administrator John Shannon agreed there were “jarring” aspects, in particular “the cantilevered element above the front door”.

A vote on a motion that conclusions can be made to support the project resulted in a 3-3 tie, and chairman Andy Fotsch broke the tie in favor of development.

Council also heard a report from the Village Vision Committee on its streetscape plan which, while centered on La Jolla Village, aims to “tie everything together,” including The Shores, Fotsch said.

The Village Visioning Committee is an ad hoc group of the La Jolla Community Planning Association made up of realtors, architects, engineers and others.

La Jolla city planner and architect Trace Wilson, a member of the vision committee, said the plan would create a “cohesive urban environment” that would consider piecemeal projects such as recreation center renovations and Cliffridge Park beautifications. and would provide a “macro view of La Jolla…from Turquoise Street to UCSD and Highway 5 to the coast.

Street updates would include changing parallel to diagonal parking spaces to allow for more parking and slow traffic. The plan also lists areas where roundabouts, bulbs and increased landscaping could be used to improve the pedestrian experience. In previous presentations, Wilson has talked about using different trees on different streets to give them a sense of identity.

“It’s a very ambitious plan, but if we don’t have a big plan, we’re just going to expand, and that’s not what we want,” Wilson told the PRC.

“I like that we’re trying to see the big picture so things feel cohesive and make sense, rather than fixing this and changing that,” Emerson said. “If we have a plan, private developers or owners can fix what’s in front of them as part of a bigger plan.”

She also touted the potential climate benefits of having more trees and pedestrian activity.

“It’s by all working together that this will happen,” she said.

A motion to support the Village Visioning Committee’s streetscape plan concept and the inclusion of La Jolla Shores in the plan passed unanimously.

Next meeting: The La Jolla Shores Permit Review Committee will next meet at 4 p.m. on Monday, May 16, likely online. Learn more about lajollacpa.org. ◆

Police are looking for a tire iron