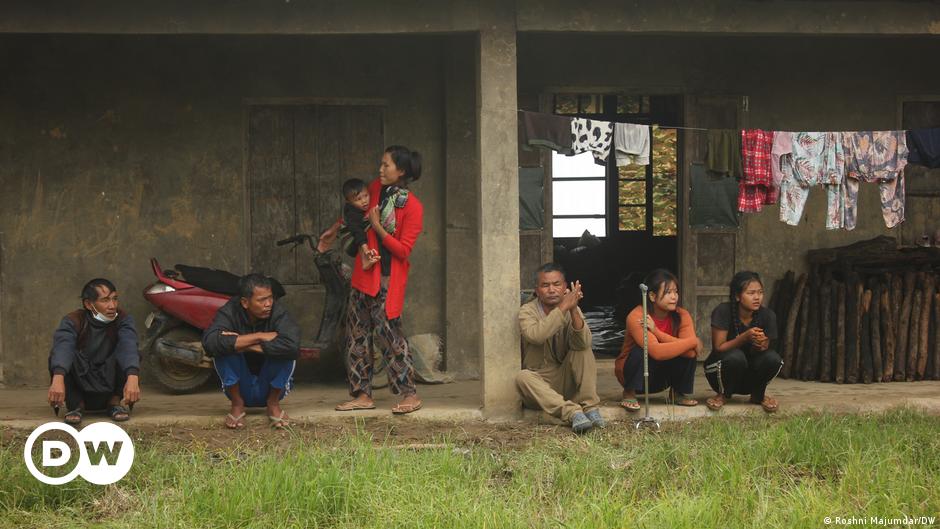 Hundreds of people opposed to the military regime in Myanmar were forced to flee to neighboring Indian state of Mizoram in mid-September.

Heavy fighting between the junta and opposition forces wiped out an entire town on the India-Myanmar border this month.

DW spoke to residents of one of the Indian villages in Hnahthial district in Mizoram state, which is home to people fleeing the violence.

India and Myanmar share a border of 1,600 kilometers (approximately 1,000 miles). The state of Mizoram represents almost a third of the border.

Where are people fleeing?

People are fleeing to the nearest villages, such as Thingsai, just across the border throughout Mizoram state.

Residents of Myanmar’s border towns crossed the Tiau River – which is part of the international border between the two countries – to reach the border towns of India.

India and Myanmar share a porous border, and people continue to travel back and forth

Pawan Singh of the Assam Rifles paramilitary force, which guards the Indian side of the border, said about 20 to 25 people have crossed the border each day since violence erupted in mid-September.

He said nearly 1,000 people had fled to Thingsai village in recent days.

What are the living conditions?

Myanmar women are often seen cycling across the river to the Thingsai refugee camp. They often travel with children, while the men stay behind to fight the military junta.

Basic food items like potatoes, rice and lentil soup were distributed among those who reached Indian villages by volunteers from the Mizo Youth Association (YMA). The YMA is a local group that largely deals with people arriving from Myanmar. 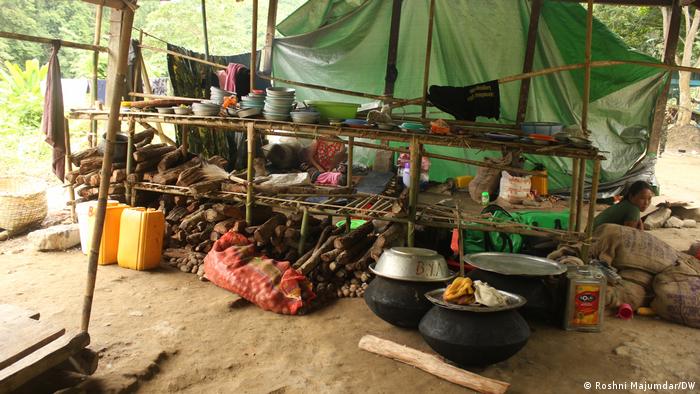 The Mizo Youth Association and local women’s organizations greatly support those who have just arrived in Mizoram by providing them with food and other basic amenities.

The border guards pointed out that the people had a lot of support from the local citizens. They said life was impossible across the border because there was no food available there.

Life is hard in makeshift camps

A woman told DW that her husband was one of the leaders of a local defense militia in Myanmar. She was visiting her family in one of the other camps in the Indian village, before returning across the border to bring her husband some food from India.

The day she got home, she loaded all of her things into a van and drove it to the bridge. Her bags were then carried by people from the border on the Indian side to Myanmar, where she would be greeted by others who would take her home. She was also four months pregnant at the time. 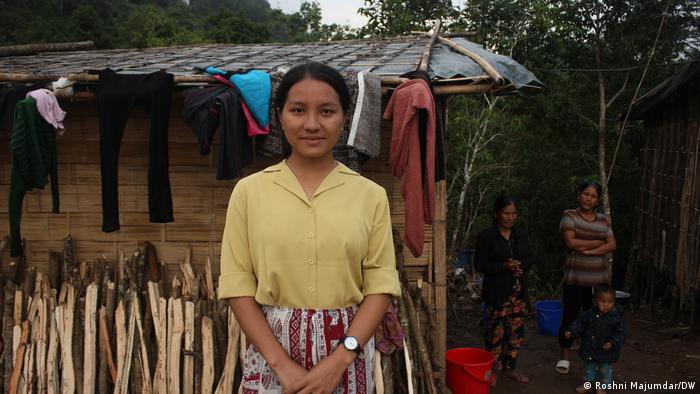 Four months pregnant, she still does the heavy lifting for her family

There were at least three other pregnant women in the village camps. Others had given birth at the village public health center.

Others, like Tial Hnin, associate professor of law at Hakha University, said life was better for him and his family in the camp. He had fled with his daughters and his wife, but his sons remained in Myanmar.

Like many other professionals, Tial Hnin had joined the civil disobedience movement to oppose the military takeover. He said it was becoming almost impossible for people like him to survive in Myanmar. Most of the people he knew were also opposed to the military regime. “People are very scared,” Tial Hnin said.

Several other people who first arrived in the camps when the military took over have since started new lives with family members in the village. One of the women who moved in with her sister in Thingsai said she had closed her sewing workshop in Myanmar and decided to live there with her sister and mother.

Even if the adults are wary of the situation, the young people remain hopeful that freedom will return to their country. In the camps, they can often be seen playing with each other or watching YouTube videos together.

Ian Len Sui said all she wanted when she grew up was the freedom to live in her country. About 300 refugee children have also started attending public schools in Mizoram. 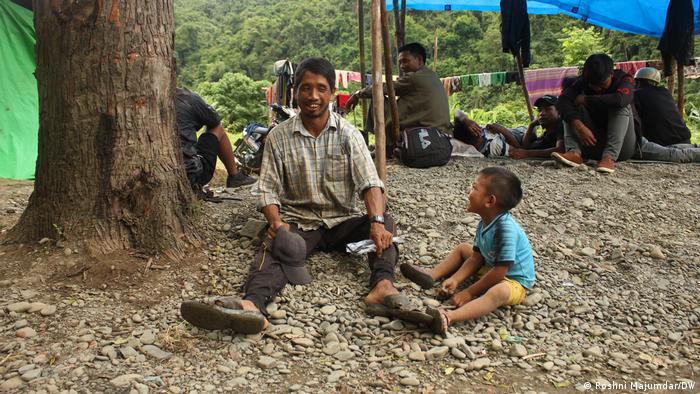 A father and son spend time together in a refugee camp. Young people often have hope for their future, even if it seems like a distant dream to them.

Strong emotion among the local Mizos

Even before the coup, border crossings were commonplace, often by bicycle. The two ethnic groups on either side of the border – the Mizos in India and the Chins in Myanmar – are considered to belong to the same ethnic group.

“There is mutual understanding,” said one of the local YMA officials. PC Lalremkunga, the chairman of the village council, said most of the local Mizos supported their “brothers” even though the Indian government opposed their arrival.

A local resident said villagers will build houses for the new arrivals even if it turns out to be a difficult task.

But politics is not that simple

The Indian government alerted the four neighboring states on March 10, noting the “likelihood of a mass influx” due to the situation in Myanmar. The federal government has called on state governments to identify and deport Myanmar nationals.

The Indian government’s stance on refugees from Myanmar has met with strong opposition. Mizoram Chief Minister Zoramthanga wrote a letter to Prime Minister Narendra Modi in mid-March, saying the Mizoram could not “turn a blind eye” to the humanitarian crisis unfolding in its backyard.

But India lacks a legal framework to identify who has asylum. It also has its own geopolitical interests in the region.

India has provided Myanmar with more than $ 1.75 billion (€ 1.5 billion) in development assistance. And New Delhi is currently continuing the development of the Kaladan Port and Highway project in western Myanmar, at a cost of around $ 480 million.

The Indian government’s reliance on the Burmese military for border security and its reluctance to interfere in the country’s affairs have prevented New Delhi from commenting too heavily on the situation.

It is still not known what will be the fate of the Burmese refugees living in the border villages of India.