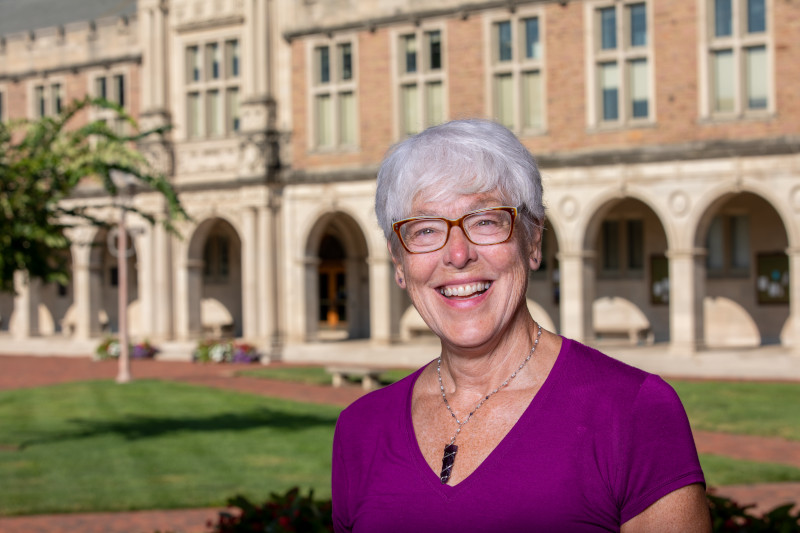 Pamela Lokken, vice chancellor for government and community relations at Washington University in St. Louis, will retire from the university this fall after more than 30 years of service.

“We celebrate Pam for her substantial contributions to the University of Washington community, both measurable and immeasurable,” said Chancellor Andrew D. Martin. “She was instrumental in positioning the university to advance its mission at the national, state and local levels. She held this position at several critical times in the university’s history – working closely with Chancellors Danforth, Wrighton and myself – and did so with her humility, warmth, humor and common sense. features. I join countless others across the university in simply stating that we will miss Pam and deeply appreciate all that she has done to make the University of Washington a leader in higher education. .

Lokken joined the University of Washington in 1991 and has held leadership positions for more than three decades. As Vice Chancellor, she led a team that oversees the university’s federal, state, and local government and community affairs initiatives. His experience includes extensive engagement at all levels of government and associated legislative bodies, executive branch departments and regulatory bodies. Among his specific areas of public policy expertise are scientific research, health care, higher education, and tax policy.

Earlier this year, Lokken was honored by the Association of American Universities (AAU) – whose members are made up of America’s leading research universities – with the 2022 Legacy Award, which recognizes career excellence, distinguished contributions to community and national leadership in higher education. community. An excerpt from the award citation states, “By all accounts, Pam is one of the great leaders in higher education in building trust and alliances with the federal government as well as in supporting , if needed. Pam knows that our work is not about who is inside or outside of DC, but about students, teaching, research and patient care and the promotion, protection and provision of the Washington University and St. Louis area.

As a trusted leader, Lokken has developed relationships critical to advancing meaningful change. His accomplishments include establishing the National Institute for Food and Agricultural Research in the United States Department of Agriculture; transfer federal ownership to make the University of Washington sole owner of the Tyson Research Center; preserve the university’s ROTC program from elimination; protect stem cell research; and expansion of the Missouri Medicaid program. She was also instrumental in the vision and early development of the Danforth Plant Science Center, the expansion of St. Louis’ mass transit system, and university-supported development in surrounding communities.

Lokken has helped lead the creation of several national and statewide advocacy coalitions to protect and advance research conducted at the University of Washington and other institutions, including The Science Coalition, the Coalition for the Advancement of Medical Research, Supporters of Agricultural Research, United for Medical Research, Missouri Biotechnology Association, and Missouri Cures. She has chaired key committees for the AAU, the American Association of Medical Colleges, and the Higher Education Funding Consortium and served as a board member for the National Association of Independent Colleges and Universities, from the Tuition Plan Consortium and the Stowers Institute for Medical Research.

“I am immensely proud of the progress the university has made as an engaged partner in community and government affairs over the past three decades. We have raised our research profile, expanded our student financial aid, and strengthened our economic and community impact in the St. Louis area,” Lokken said. “I am honored to have been part of these efforts and attribute much of the progress to the talented and dedicated team at the Office of Government and Community Relations, with whom I had the immense privilege of working. »

Lokken’s last day at college will be September 2. The search for his successor will be announced in the coming weeks.