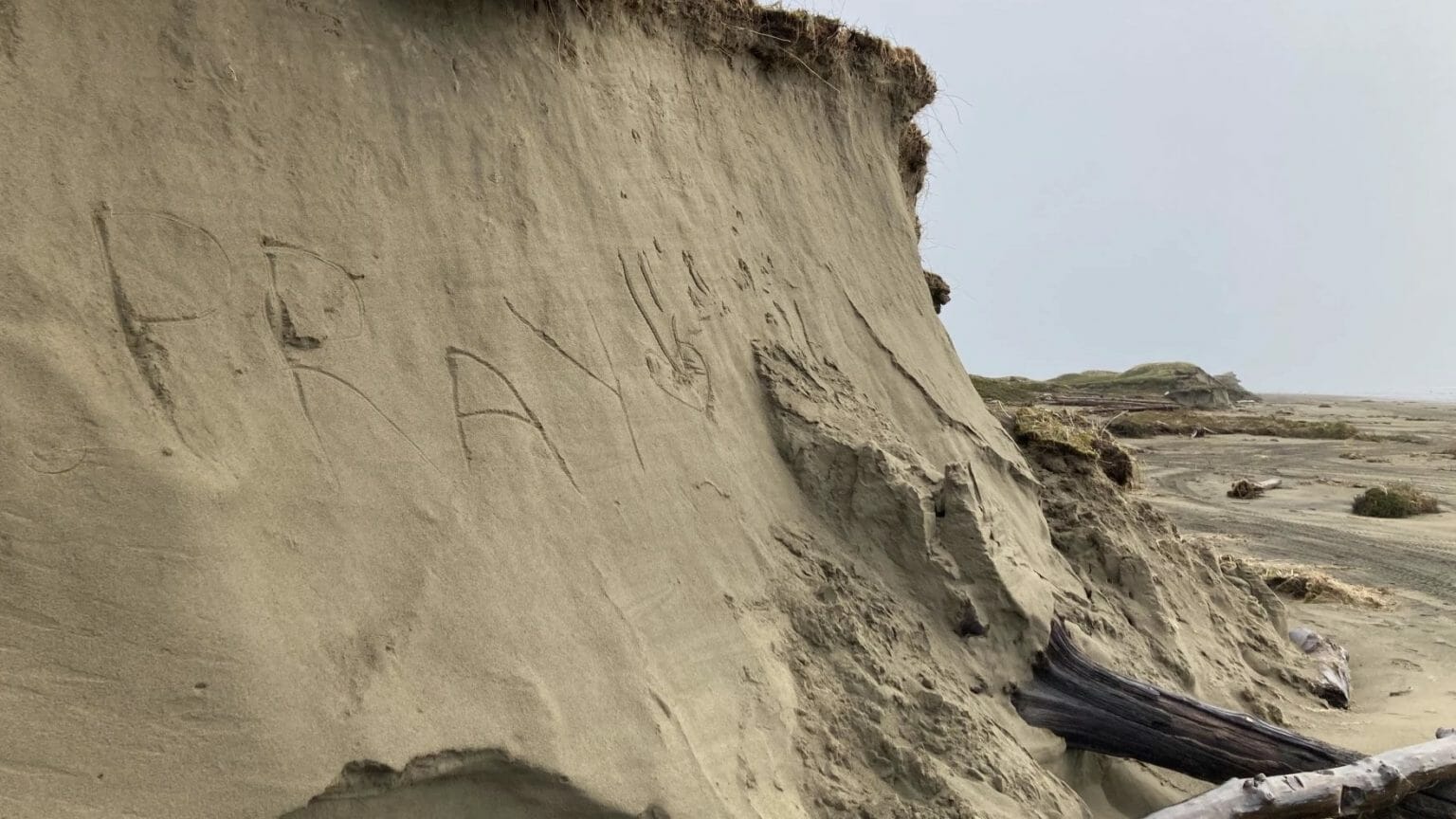 Many dunes in Hooper Bay were washed away by the storm. Without them, residents feel exposed.

On the beach at Hooper Bay, Daniel Cernek, a science teacher at the college, is busy confusing a few dozen of his students. It’s been less than a week since a powerful storm brought flooding and high winds to the town of 1,300 people.

As part of his science class, Cernek wants his students to observe the coast and learn about erosion.

“You have to rethink before the storm hits,” Cernek said. “When you drove down the beach, what was different then and now?”

The students are on the beach south of the village where the storm surge was strongest. In parts of this area, what was once an expanse of rolling sand dunes is now a flat floodplain. There were five rows of dunes. Now there is only one line here. In other places they remain intact. The beach itself has also shrunk. These dunes form a natural dike for the city. Without them, the city is exposed.

Before the storm, Cernek measured the distance between the water and the dunes. During this field trip, he tries to measure how things have changed.

“We are going to get the GPS. They will record it on their paper and we will use it to build a map on which the old coastline and the new coastline will be superimposed,” Cernek said.

According to Cernek’s calculations, the storm eroded about 300 feet of coastline, bringing water that much closer to the city. The loss of the Hooper Bay dunes has potentially serious consequences.

Emma Smith, a longtime Hooper Bay resident, rode her quad to the beach after the storm to get a feel for the impact.

“It was traumatic just seeing how much our coastline has eroded,” Smith said. “There won’t be enough protection for the village if the water comes from the Bering Sea. It’s really scary.

Hooper Bay has minimal land above sea level. The dunes have protected the village from flooding. A 2014 assessment by the Alaska Geological and Geophysical Survey Division estimated that the shoreline near Hooper Bay is eroding about 5 feet each year. Floods like this speed up that timeline.

The airport, which is only about a quarter of a mile from the shore, is the infrastructure most at risk of eroding over the next few decades. But more immediately, storm surges threaten the safety of the entire village. Although no one was injured or killed in the storm, the flooding caused severe property damage and destroyed the homes of several families. Experts say these storms are becoming more frequent due to climate change.

Tom Ravens, a professor at the University of Alaska in Anchorage and an expert in coastal erosion, said the oceans can be an extremely destructive force.

“If you think of a wave that builds hundreds or thousands of miles, those waves only encapsulate a ton of energy,” Ravens said.

Ravens said the Hooper Bay dunes likely made the flooding less severe than it otherwise might have been.

“Dunes can be seen as sacrificial features, so it’s worth rebuilding dunes even if the next storm is going to destroy them,” Ravens said. “The value is that they prevent water from flowing from the ocean into the community.”

Mary Hoeschler, another longtime resident of Hooper Bay, said she was already concerned about what erosion along the shoreline meant for the village. With the loss of the dunes, it’s hard for him to feel safe planning his future in Hooper Bay.

“I wanted my children to live here. I wanted to build a house for them and live in Hooper Bay,” Hoeschler said. “But it feels like we have to move.”

On the beach, the students were laughing and enjoying being outside the classroom, rushing in and out of the waves. For them, at least right now, this moment is a learning experience and a chance to process the trauma of the past week. But for adults, it’s hard not to wonder what the loss of the Hooper Bay Dunes will mean for the future of these students and for the future of the town.

“I have no idea,” Hoeschler said. “It’s just crazy and scary.”