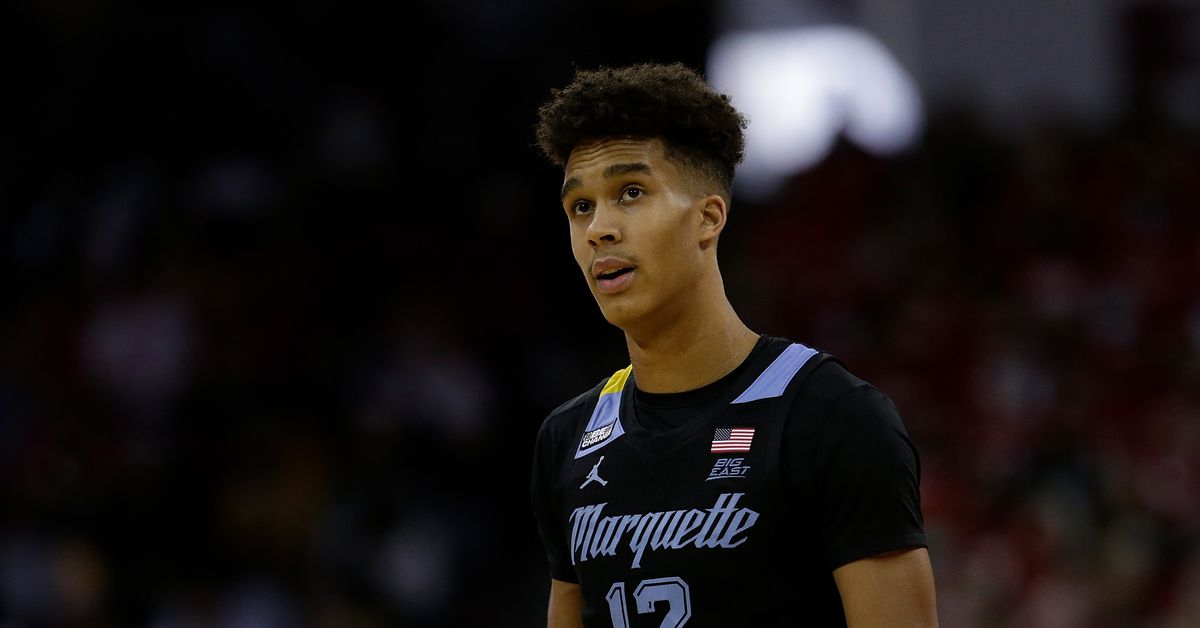 The Associated Press released its new top 25 poll for men’s college hoops on Monday, and, yes, the Golden Eagles left the ranks of teams that received votes last week. I don’t think that’s 100% surprising, given that I thought MU probably shouldn’t have gotten any votes for beating the Illini without Kofi Cockburn, but I also don’t think “lost to the # 23 in the building of # 23 “is a reason to drop you from the top 25.

The UCLA is Marquette’s highest ranked enemy in the poll this week, which is pretty handy. The Bruins, who will be at the Fiserv Forum next Saturday, earned a spot in the poll at No. 4 nationally this week. Villanova is Marquette’s best rival in the Grand Est, while the Wildcats remain stable in 6th place.

Connecticut edged up two spots from last week to reach 15th place, while Wisconsin used their victory over Marquette to help them drop from 23rd to 22nd in the new poll. Seton Hall climbed two spots to 23rd to solidify their position as a ranked team.

Xavier leads the group of teams on the MU calendar in the Receiving Votes department with 78 points this week, just over half of the # 25 LSU’s points. Illinois is just behind them with 71 points and Saint-Bonaventure continues to fall. They are down to just 37 points this week, down from 106 a week ago after needing a rally to fend off Coppin State at home on Wednesday.

Marquette returns to action on Wednesday night when they travel to Kansas State for the Big East / Big 12 battle to end. Tipoff is scheduled for 8 p.m. Central on ESPN2.

You can check out the full Top 25 here.

Christmas time in the village | New