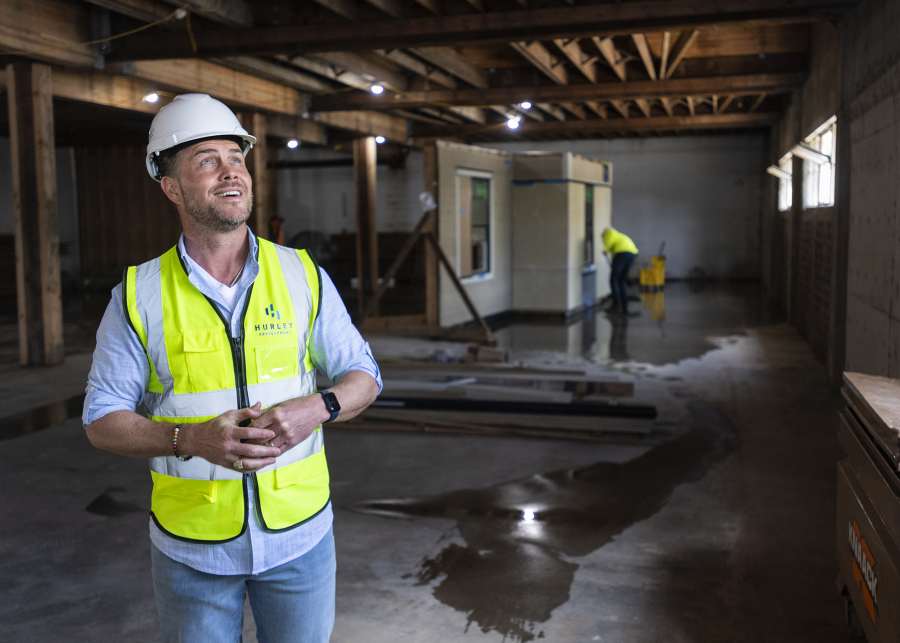 A rare type of building development from Hurley Development is nearing completion in Vancouver’s Uptown Village, in a location that will soon be next to the area’s only grocery store.

The new building, called Navalia, is at 1600 Washington St. It is a 73-unit apartment building built on top of a historic one-story building from 1946 that was once occupied by Bennett Paper & Supply. It should be finished in October, which would make it a 365-day construction.

About 2 and a half years ago, Hurley stumbled upon the property and thought it would be a great addition to the Uptown Village scene, where new apartment buildings, restaurants and bars are opening.

“I saw a gap downtown for single professionals,” Hurley said.

Navalia’s theme is “safe harbour”, which is the translation from Latin. It can be seen in the design of the building, especially its roof, to resemble a ship. It’s a tribute to Kaiser Shipyards workers who came to Vancouver during World War II to build battleships, Hurley said.