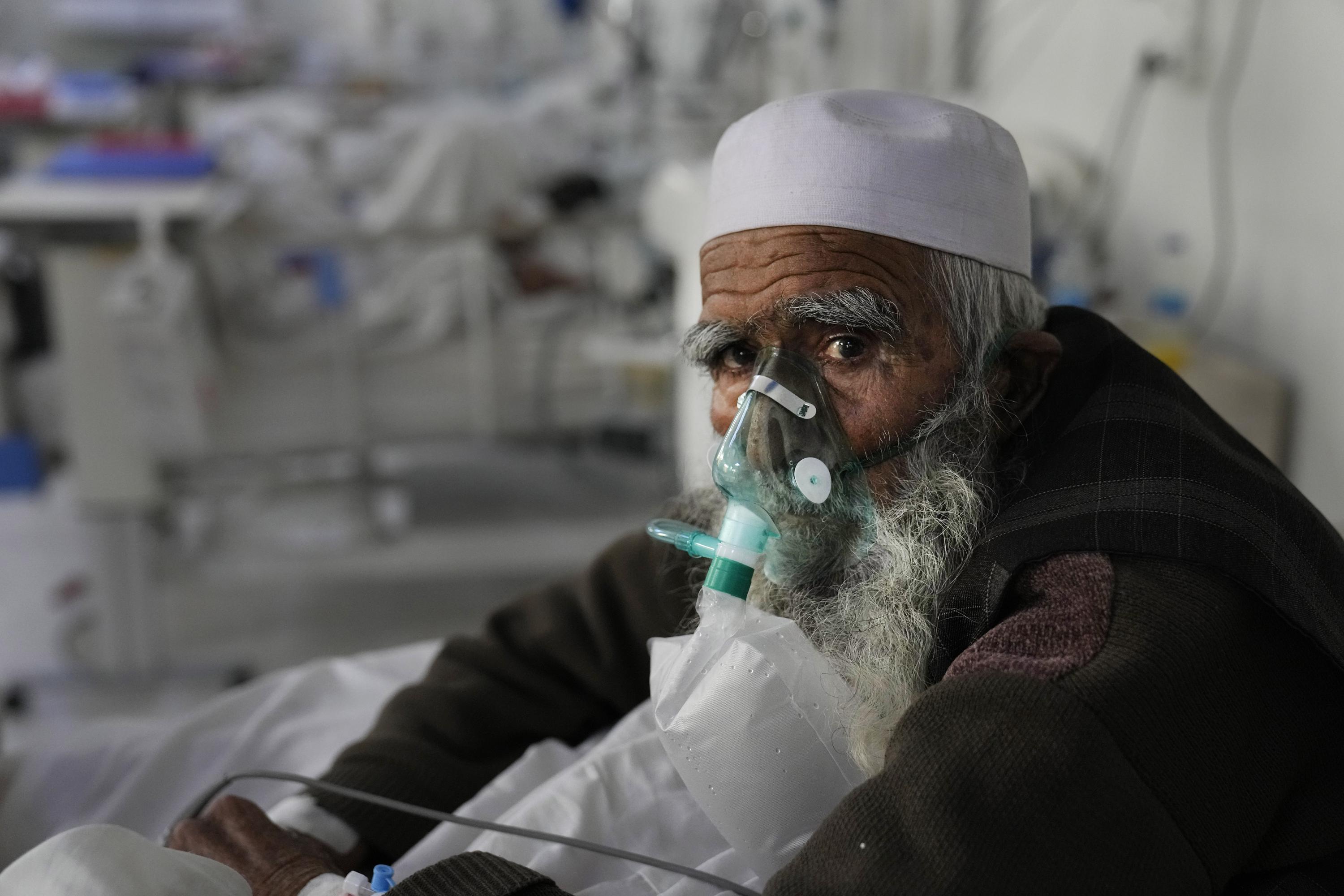 KABUL, Afghanistan (AP) — Only five hospitals in Afghanistan are still offering COVID-19 treatment, with 33 others forced to close in recent months due to lack of doctors, medicine and even heat. It comes as the economically devastated nation is hit by a sharp rise in the number of reported coronavirus cases.

At Kabul’s only COVID-19 treatment hospital, staff can only heat the building at night due to lack of fuel, even though winter temperatures drop below freezing during the day. The patients are huddled together under heavy blankets. Its director, Dr Mohammed Gul Liwal, said they needed everything from oxygen to medicine.

The facility, called the Afghan Japan Communicable Disease Hospital, has 100 beds. The COVID-19 ward is almost always full as the virus rages on. Before the end of January, the hospital was receiving one or two new coronavirus patients a day. Over the past two weeks, 10 to 12 new patients have been admitted daily, Liwal said.

“The situation is getting worse day by day,” Liwal said, speaking in a freezing conference room. Since the Taliban takeover nearly six months ago, hospital workers have only received one month’s salary in December.

Afghanistan’s health system, which has survived for nearly two decades almost entirely on international donor funding, has been devastated since the Taliban returned to power in August following the chaotic end of the US-led intervention during 20 years. Afghanistan’s economy has collapsed after nearly $10 billion in overseas assets were frozen and financial aid to the government was largely cut off.

The collapse of the health system has only worsened the humanitarian crisis in the country. Around 90% of the population has fallen below the poverty line, and with families barely able to feed themselves, at least a million children are at risk of starvation.

The omicron variant is hitting Afghanistan hard, Liwal said, but he admits this is just a guess as the country is still waiting for kits that specifically test the variant. They were supposed to arrive before the end of last month, said Public Health Department spokesman Dr Javid Hazhir. ′ The World Health Organization now says Afghanistan will receive the kits by the end of February.

The organization says that between January 30 and February 5, government labs in Afghanistan tested 8,496 samples, nearly half of which tested positive for COVID-19. Those numbers translate to a positivity rate of 47.4%, the global health body said.

On Tuesday, the WHO recorded 7,442 deaths and nearly 167,000 contaminations since the start of the pandemic almost two years ago. In the absence of large-scale testing, these relatively low numbers would be the result of extreme under-reporting.

Meanwhile, the new Taliban administration says it is trying to push vaccines on a skeptical population that often sees them as dangerous.

With 3.2 million vaccine doses in stock, Hazhir said the administration had launched a campaign at mosques, clerics and mobile vaccination clinics to get more people vaccinated. Currently, just 27% of Afghanistan’s 38 million people have been vaccinated, most with the single-dose Johnson and Johnson vaccine.

Getting Afghans to follow even minimal safety protocols, like mask-wearing and social distancing, has been nearly impossible, Liwal said. For many people struggling to feed their families, COVID-19 ranks low on their list of fears, he said. The Ministry of Public Health has run awareness campaigns on the value of masks and social distancing, but most people aren’t listening.

Even in Japan’s Afghan hospital, where signs warn people that wearing masks is mandatory, most people in the dimly lit hallways were maskless. In the intensive care unit, where half of the ward’s 10 patients were on ventilators, doctors and attendants wore only surgical masks and protective gowns as they moved from bed to bed.

The head of the unit, Dr Naeemullah, said he needed more ventilators and, more urgently, he needed doctors trained in the use of ventilators. He is overwhelmed and rarely paid, but feels obligated to serve his patients. Liwal said several doctors had left Afghanistan.

Most of the hospital’s 200 employees come to work regularly despite months without pay.

In December, a US-based charity affiliated with Johns Hopkins University provided two months of funding, which gave hospital staff their December salaries and the promise of another check for pay in January. The Ministry of Public Health is currently in negotiations with the WHO to meet the cost of running the hospital until June, Liwal said.

Liwal said other hospitals in Kabul used to be able to accommodate some patients, but no longer have the resources. With a lack of funds and the departure of staff, 33 facilities offering COVID-19 treatment across the country have closed, he said.

The only Afghan hospital microbiologist in Japan, Dr. Faridullah Qazizada, earned less than $1,000 a month before the Taliban took over. He has only received one month’s salary since August, he said. He says his equipment and facilities are barely adequate.

“The whole healthcare system has been destroyed,” he said.