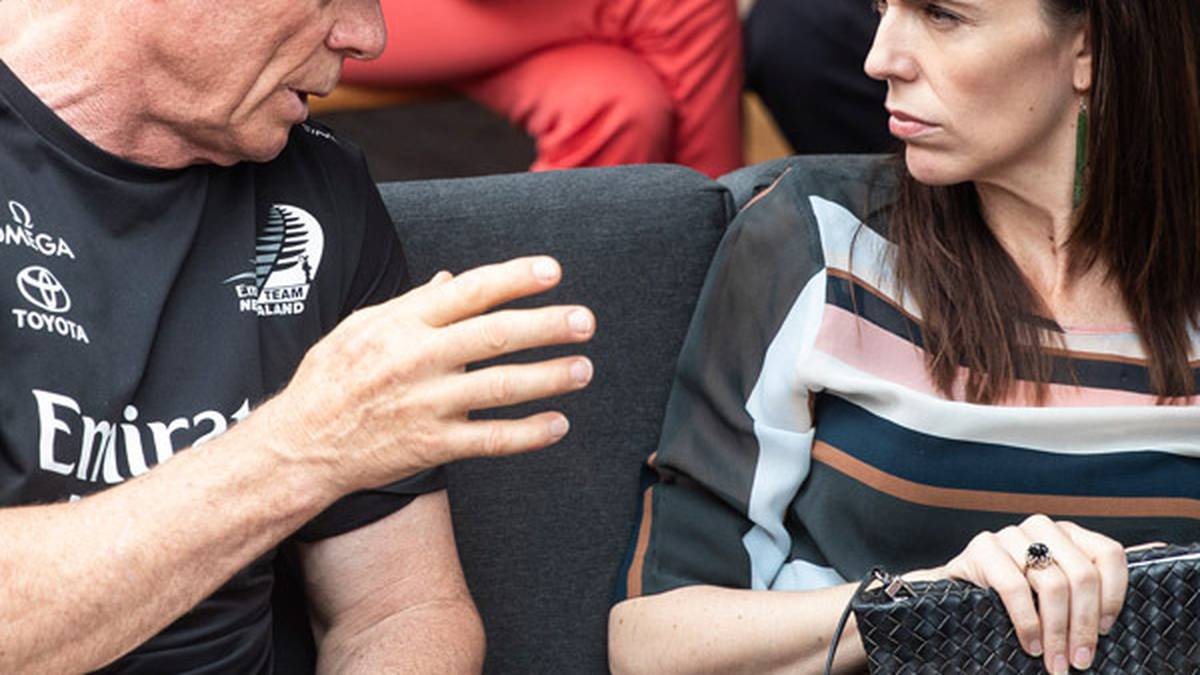 Reports indicate that when “unassessed social, cultural or environmental effects” are taken into account, the return to Auckland’s economy was 85 cents for every dollar spent and 79 cents per dollar in New Zealand, that is. which would bring the loss to $ 156 million. .

Auckland Unlimited General Manager Nick Hill highlighted several positive aspects of the event, including the most-watched America’s Cup of all time, with a total global audience of 941 million people.

“A record number of people from all over the world watched the AC75s fly over the Waitemata, and New Zealanders have come in their tens of thousands to show their support. These images will remain in people’s minds for years to come, and we look forward to welcoming these visitors when our borders permit. ”

Auckland council today revealed that its spending on the event was $ 92 million higher than previously disclosed as it advanced spending on work already planned. The council says progressing will result in future savings of $ 67 million.

The Council previously said its investment in AC36 was $ 113 million – but today those costs have turned out to be $ 215.2 million.

“To ensure the safe and successful delivery of the 36th America’s Cup, the Auckland Council Group has invested $ 215.2 million over four years in operating and capital expenses,” said a statement from CCO Auckland Unlimited from tourism.

“This included $ 106 million spent on key event infrastructure development and $ 14 million spent on operational aspects of the city such as transportation services, crowd management and security, marketing and promotion and support. to peripheral events through the Summernova festival. “

The council’s $ 92 million in fast-track work included the removal of tanks in the Wynyard neighborhood, toilet upgrades, new biosecurity signage, CCTV extensions and the relocation of SeaLink.

“While ultimately Tamaki Makaurau Auckland Aotearoa New Zealand was fortunate enough to be able to host a safe and successful event during a global pandemic, it became clear early on that the event would likely not return the investment made. “the report said.

“Fewer international challengers than initially anticipated and the subsequent impact of Covid-19, including international border restrictions, contributed to the event not being able to achieve the expected return.”

Another report – the 36th America’s Cup Impact Assessment, which was conducted independently by Fresh Info – identified two major main drivers that led to a benefit-cost ratio of 0.48 for New Zealand, which means a loss of $ 292.7 million.

The first factor was lower than forecast spending levels by foreign entities and visitors. Having only three Challengers rather than the planned eight included in the original screening was significant.

“The analysis indicates that each Challenger spent around $ 30 million in New Zealand, on average, so five additional Challengers would have injected around $ 150 million into the economies of Auckland and New Zealand.

“Only 35% of that expense would be considered a ‘net benefit’, so five additional Challengers would have increased net income by about $ 53 million.

The impact of Covid-19 was also considered to be part of this first driver of low attendance.

Despite the number of Challengers below expectations, the event generated great interest among international sailing enthusiasts and high net worth individuals. However, border restrictions caused by Covid-19 have prevented most of these people from visiting New Zealand, “said the 36th America’s Cup Fresh Info Impact Assessment Report.

The second factor in the loss of $ 292.7 million to the New Zealand economy was higher than the expected public investment.

This “has resulted in an increase in overall accommodation costs for Auckland and New Zealand,” according to the Fresh Info report.

“The initial economic projection was based on an investment of $ 200 million from local and central governments, while the actual investment was $ 348.4 million over four years plus public fund costs of $ 74.2 million. dollars, “the report says.

“The gap was mainly caused by the planned investment projects put forward by the Auckland Council to align with the AC36 projects (to reduce future disruption and duplication of efforts), the refocusing of some of these projects to meet America’s Cup requirements and the final cost incorporated operating expenses and leverage that were not included in the original economic projection.

Auckland Council finance and performance committee chairman Desley Simpson told the Herald after the reports released today that it was always “fantastic” to host a successful AC36 in “the middle of a global pandemic “.

Simpson said there was not much to be done about the economic outcome of the event once Covid-19 hit.

“At the end of the day, where in the world did you have an event, period? Watch the Olympics,” Simpson said.

“Toyota pulled out of the Olympics, but I think there is a general feeling in the sports community that the show needs to go on. I think there was an element of New Zealand that wanted it. [AC36] happen. “

Unlike the cost-benefit reports from Auckland Unlimited and Fresh Info, an assessment of the benefits of AC36 was also released today by America’s Cup Events (ACE), which paints a more positive economic picture.

ACE’s Managing Director is Grant Dalton, who also heads the NZ team and oversaw the day-to-day running and logistics of the Auckland Viaduct event from December 2020 to March 2021.

The ACE report mentions that there were 860,000 visits to the Cup Village between December and March.

ACE outlined $ 45 million in total spending, including $ 26 million for administration, $ 3.7 million for television production, $ 2.4 million for Race Village, $ 1.1 million of dollars for social media, 629,000 dollars for website costs and 7 million dollars for a “challenger or record” event. fresh”.

However, the report cites “conflicting information has often been received” between various government agencies and interest groups when it comes to managing the Covid-19 risk for the event.

“There were also mixed messages from the agencies as to which agency would be the approving or regulating authority when the plan [Covid-19 Response Plan] was implemented, which was frustrating, ”the report says.

This dysfunction also extended to ACE’s relationship with Auckland Unlimited in dozens of regular “unproductive meetings”.

“Unfortunately, due to the number of people in attendance and the fact that they were run by Auckland Unlimited, which was not responsible for organizing the event, they became very unproductive and the required results did not could be achieved. “

The AEC report also referred to a problematic working relationship with the Challenger of Record (COR) team Luna Rossa Prada – which was found to have invested more than $ 150 million in AC36.

Unfortunately, the concept of the event – He Waka Eke Noa – We all paddle in the same waka – was a very good intention, but stayed in the words; COR and ACE were rarely in the same waka, ”the ACE report said.

“Finally, the treatment of COR by Panuku compared to the AMG structures on Halsey Wharf left a bitter taste in COR’s mouth.”

Lutu village chief calls on people to get vaccinated