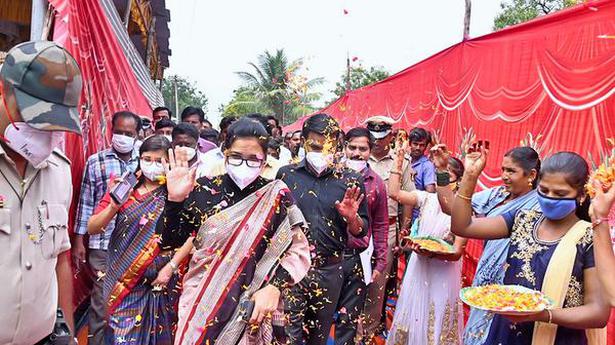 A team of scientists from the National Geophysical Research Institute (NGRI) will visit villages that have been frequently affected by low-intensity earthquakes over the past 10 days on Sunday, said Vijaya Jyothsna, deputy commissioner of Kalaburagi.

â€œThe intensities of the tremors reported in different villages of Kalaburagi during the last 10 days vary from 1 to 3 on the Richter scale. As these are low-intensity tremors, there was no major damage except for the collapse of five houses in the village of Gadikeshwar, â€Ms. Jyothsna said.

Regarding the precautionary measures taken in the villages affected by the tremors, Ms. Jyothsna said that the district administration had opened relief centers in the villages and provided all basic needs, including food and blankets, to people in need.

â€œWe have set up six teams made up of civil servants and engineers from the Public Works Department. These teams record the damage in each affected village. They would also help residents get their damaged homes repaired. The damaged houses of the economically poor will be repaired or rebuilt by the administration itself, â€she said, calling on the population to cooperate with the authorities.

Trying to instill scientific knowledge about tremors and instill confidence in people, Ms. Jyothsna called on people not to be afraid but to be careful.

â€œWhen it comes to flooding, we know the time and the areas to hit. Through the coordinated efforts of different weather forecasting ministries and agencies, we can get a rough idea of â€‹â€‹when and what areas flooding is happening and take precautionary measures well in advance to protect people. However, when it comes to earthquakes, this is unfortunately not possible. We cannot predict the location and time of an earthquake and that is the limitation of science, â€Ms. Jyothsna said.