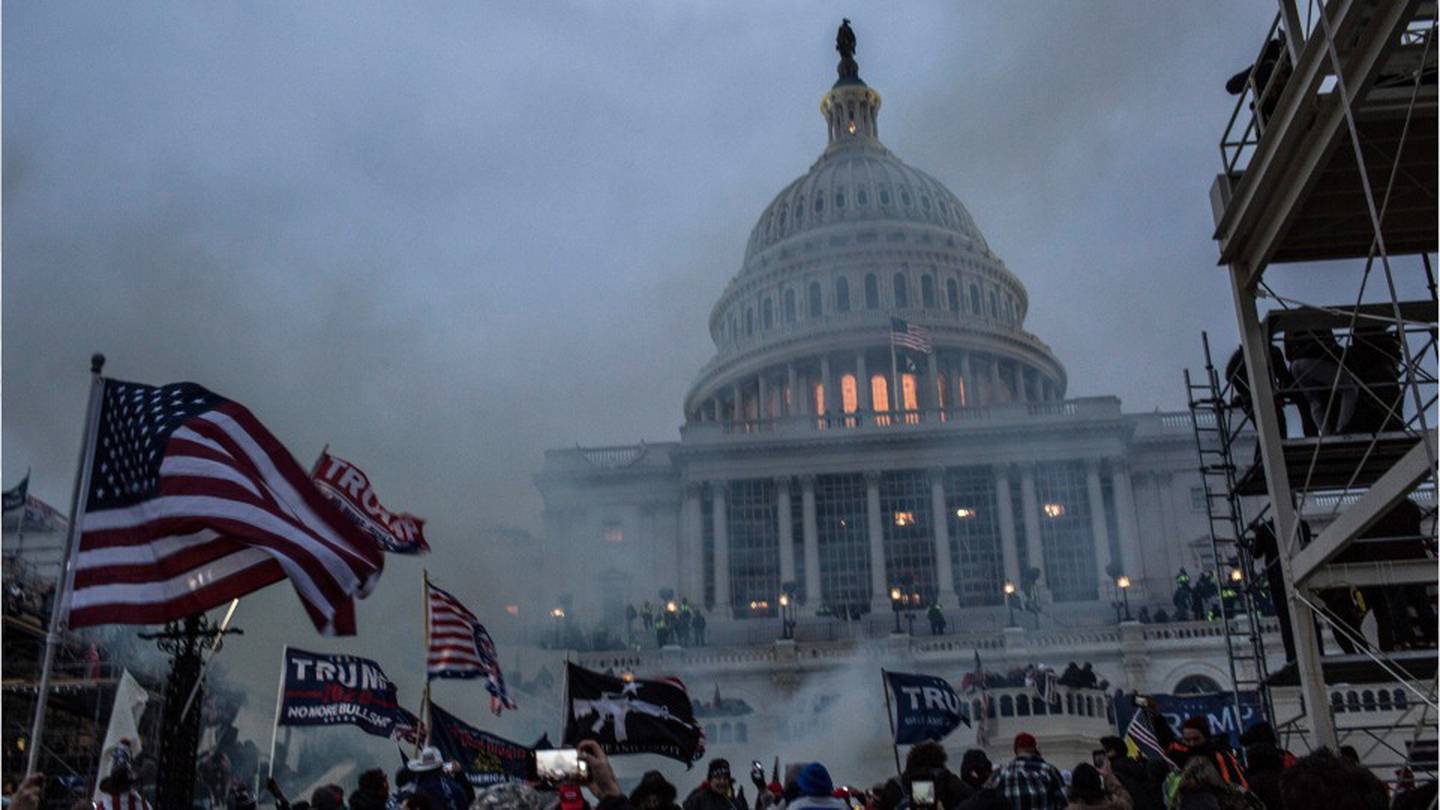 Matthew Mark Wood pleaded guilty Friday to all six counts in his March 2021 indictment, including a felony charge of obstructing an official process. The other five counts are all misdemeanors.

US District Judge Amit Mehta is due to sentence Wood on September 23.

A day before the riot, Wood drove from North Carolina to Washington, DC, with his grandmother and another relative. Less than a week earlier, Wood had texted another person saying, “If they want to raid Congress, sign me up,” according to a court filing accompanying his guilty plea.

After the riot broke out, Wood entered the Capitol by climbing through a window. He followed others on a path to the Senate chamber but left the area without entering it.

After rioters broke through a line of police in the Capitol’s crypt, Wood followed others down a flight of stairs and into the Speaker’s Office suite. He left the Capitol through a gate more than an hour after entering the building, according to the record.

[ PAST COVERAGE: Attack on the Capitol: How many defendants are from the Carolinas? ]

In a text message to someone the day after the riot, Wood said he “took a stand” but called it “extremely inappropriate”.

“I can’t believe I took part in such chaos,” he added.

In a separate hearing on Friday, a Maryland man pleaded guilty to a misdemeanor charge stemming from the Capitol riot. Matthew Joseph Buckler is set to be sentenced on July 21 after pleading guilty to marching, demonstrating or picketing a Capitol building. Buckler, of La Plata, Maryland, entered the Capitol Jan. 6 by climbing through a broken window.

More than 800 people have been charged with federal crimes related to the Jan. 6 riot. At least 300 of them have pleaded guilty, mostly to misdemeanors, and nearly 200 of them have been sentenced. About 100 more have trial dates.