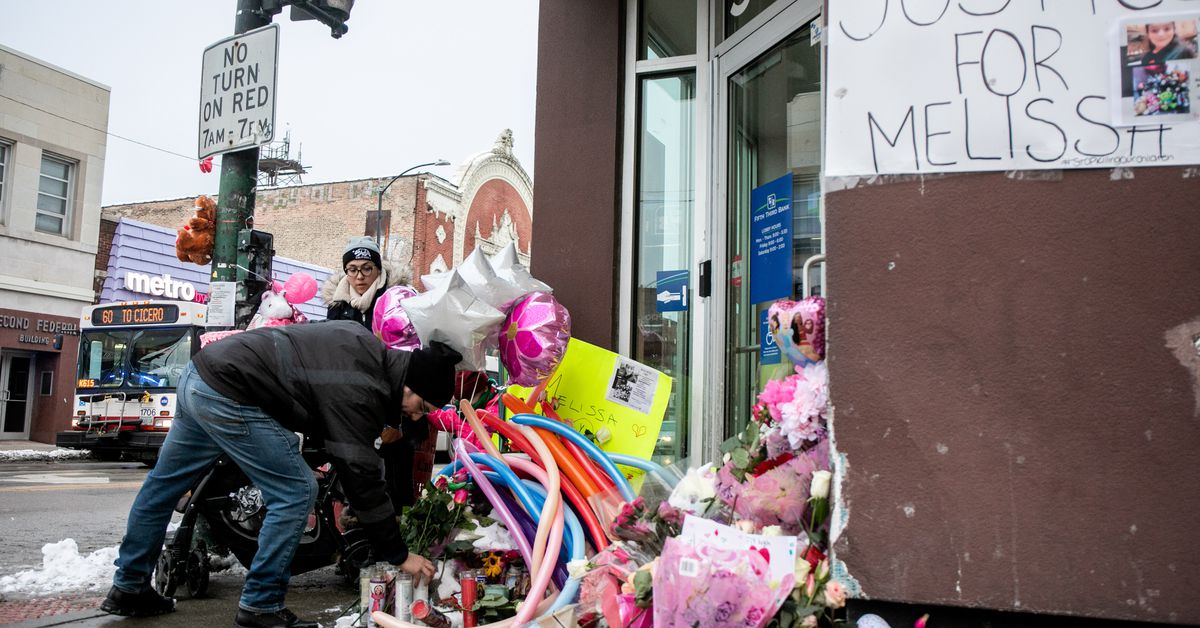 Once again, the deadly shootings make us wonder, “What can be done to stop the violence?

An elderly person and his adult son.

The four Chicagoans were gunned down in less than two weeks as they went about their lives in the city.

Three of these victims were with other family members when they were shot. This grim detail is a stark reminder, as National Gun Violence Survivors Week continues through February 7, that every person brought down by gun violence – including Melissa Ortega, Gloria and Erskine Binder and Bobbye Johnson – leaves behind her are severely traumatized and grieving loved ones.

Fatal shootings are an epidemic in our city, which has racked up more than 800 homicides in 2021, the most in more than two decades. Many Chicagoans have likely grown desensitized to endless headlines or practiced compartmentalizing to cope. But the circumstances surrounding these recent murders, of innocent lives needlessly snuffed out in quick succession, make us ask once again in desperation:

What to do to stop the shots?

Every Chicagoan has a role to play, because these crimes are also a sobering reminder – if one were needed – that we are all vulnerable to gun violence, even in the coldest months of the year and in the winter. middle of a deadly pandemic. No matter the zip code, anyone in our city can be pelted with bullets while engaged in the most mundane activity, whether it’s waiting for the bus or jogging.

Melissa Ortega was walking with her mother in a Little Village bank on January 22 when the suspected shooter, a 16-year-old boy, came out of a nearby alley and began shooting, killing Melissa and injuring a gang member who was the intended target.

Gloria Binder, 67, was in her car running errands with her family on the morning of February 1 when someone opened fire, killing her and seriously injuring her husband, police said. Seconds earlier, the shooter shot and killed the couple’s 42-year-old son as he entered a South Side grocery store.

Later that afternoon, Bobbye Johnson, 55, was standing near Chicago police headquarters when she was caught up in a shootout between a security guard and a rival, authorities said.

Reducing gun violence is a daunting task, but the solution absolutely must start with making it much harder for people who shouldn’t have guns to get their hands on a gun.

When Emilio Corripio allegedly shot Melissa, he was three months on an intensive juvenile probation program for a pair of carjackings and possession of a stolen vehicle charge. He had a gun while committing these crimes, authorities said.

It’s understandable to wonder why Corripio wasn’t locked up at the time, since he was out on the streets stealing cars while waving a gun. But the teenager had apparently met the conditions for his release since his first arrest at 15. And locking up minors, according to research, is not a good strategy for rehabilitation and crime prevention. One 2015 study showed that juveniles incarcerated in Chicago were less likely to complete high school and more likely to end up in prison as adults.

The indisputable fact: Melissa has been a victim of gun violence, which is driven by too easy access to deadly weapons.

The same can be said for the murders of Gloria and Erskine Binder, who were killed just two weeks after another shooting on the same block, between East Chatham and Grand Crossing, left two injured. No one has been charged with the murders or the shooting, but it’s a safe bet the shooters had weapons they weren’t legally allowed to carry.

Bobbye Johnson was killed by a bullet fired by Victor Brown, a security guard, who was shooting at another man, police said. Brown has a record of convictions for domestic assault and armed robbery, and is now charged with Johnson’s murder.

The man Brown was arguing with, just two blocks from CPD headquarters, shot Brown – and Brown fired back at the man with his own gun, then took a gun from another security guard and continued shooting, police said.

Brown worked as a security guard at a liquor store, but we still wonder why a man with a criminal record was able to get a gun.

Time and time again, deadly weapons end up in the hands of people who shouldn’t have them. Again and again, innocent people are slaughtered.

Melissa’s mom, who just moved to Chicago from Mexico in August, learned in the most heartbreaking way imaginable just how pervasive gun violence is in our city. She asked why we couldn’t end the plague.

Those of us who have been here longer wonder that too.

The 1970s-inspired lounge, the High Low raises the appeal of Atwater village bars