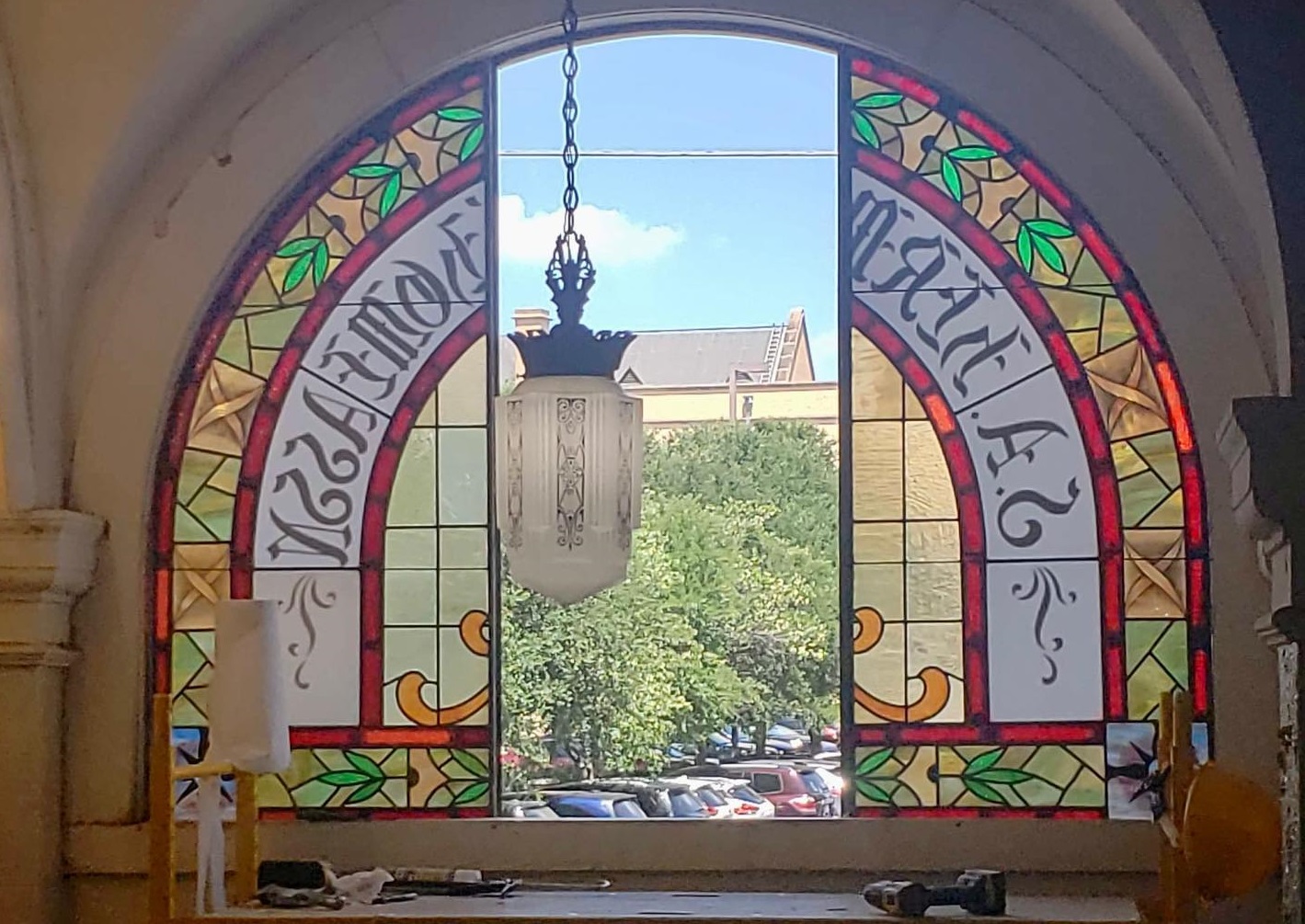 After a few months, one of the historic places in downtown San Antonio looks like it did in 1938. Over the weekend, one of the glass windows in the building of the San Antonio Hermann Sons Home Association (HSHA) was reinstalled after undergoing a $12,000 restoration.

In March, the window was removed for repairs and wooden planks were installed in its place. HSHA board chair Lori Todd told MySA that the lower window, which complements the main room designed by Helen Ferne Goolsby Slimp in 1911, was created and installed in 1938. She said the glass window had been hit by birds, rocks and hail over the years. .

A $10,000 grant from the Conservation Society of San Antonio helped the association pay the $12,000 cost for the repair. Hermann Sons was able to pay the difference through donations, mostly collected from patrons of the bar, Todd previously told MySA. The window was transported to the Whitworth Stained Glass factory in New Braunfels for repairs.

Todd shared photos with MySA showing the 84-year-old window returning home on Friday, June 10. Part of the process was hands-on for the HSHA community.

“Board member and building manager Chris Naughton is dedicated to the preservation of the building and he put a lot of effort into the project helping Whitworth rebuild the framing inside the window,” says Todd.

Jaime Martinez, who is also part of the HSHA community, also volunteered his time to reinstall the window.

“We are delighted,” added the Chairman of the Board. “Our goal is to continue efforts to restore the historic building, which has played an important role in San Antonio’s history.”

The building is over 100 years old and is home to the Hermann Sons Lodges, which are eight chapters of a fraternal order of German immigrants. Grand Lodge Hermann Sons was established on March 27, 1890 and located on Villita Street between Navarro and South Presa. This building has since been demolished. In 1911, the charter of the San Antonio Hermann Sons Home Association was created and the present building at 525 S. Saint Mary’s Street was constructed to house the eight lodges and the grand lodge. The eight groups continue to meet at the HSHA building to this day, according to the website.

In 2017, the building underwent a list of renovations and alterations, including the opening of the indoor bowling alley for private parties and the activation of the Rathskeller basement bar. The latter holds the oldest liquor and liquor license in Texas in Bexar County, with live music and trivial parties.

Throughout the changes, the stained glass windows remain a focal point of the Hermann Sons building. Slimp’s largest window was restored “several” years ago through fundraising, the association says.