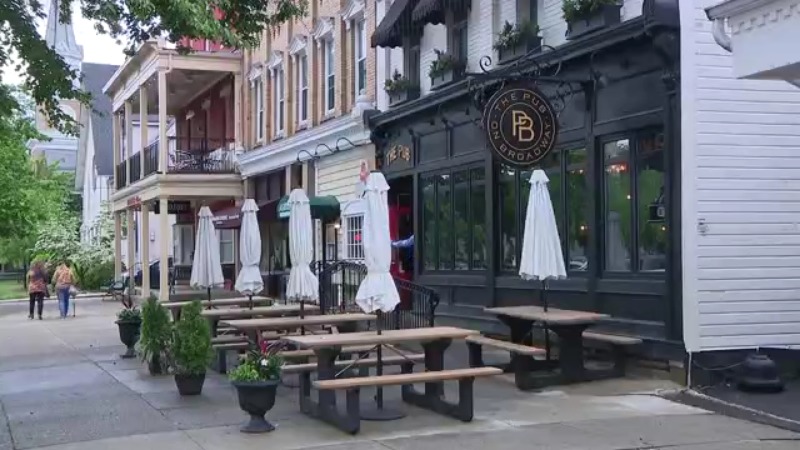 GRANVILLE, Ohio (WJW) – Just an hour and a half south of Cleveland, in Licking County, is the village of Granville. It was founded in 1805 and it’s like stepping back in time.

From the main street to the beautifully preserved houses of the village, you cannot help but be drawn to the historic charm.

â€œGranville has great respect and a great passion for history. Of how we were built, who we are and how we got here. We have great restaurants, shops, historic inns and hotels, â€said Mayor Melissa Hartfield.

One of those historic inns is the Buxton. Opened in 1812, it is the oldest continuously operating inn in Ohio. It was the home of many famous people on their travels through Ohio, including President Abraham Lincoln.

Traffic jam: counties with the worst commutes in Ohio

“He did. We really don’t know which room in of course, but we have his autograph. We’ve had a lot of famous people here. Harriet Beacher Stow, Samuel Clemens (Mark Twain), William Henry Harrison, Henry Ford” said Arlena Dean of Buxton Inn.

Across the street is the Granville Inn, which has been restored to its original English Tudor style.

â€œThe hostel itself was built in 1924. It is almost 100 years old. It was designed by Frank Packard, a famous architect who designed a number of buildings here in Granville. The catering is exceptional, â€said Steve Matheny, executive director of the chamber of commerce.

There is a clock just off Main Street that shows a very special nearby resident, who in 1872 became the first woman to run for the highest office in the country.

“If you’re lucky enough to be here at noon, you can see Victoria Woodhall come out of the side of the Robin’s Hunter Museum building.” It’s in honor of a woman who ran for president, â€Hartfield said.

Denison University, with its magnificent campus, located in Granville.