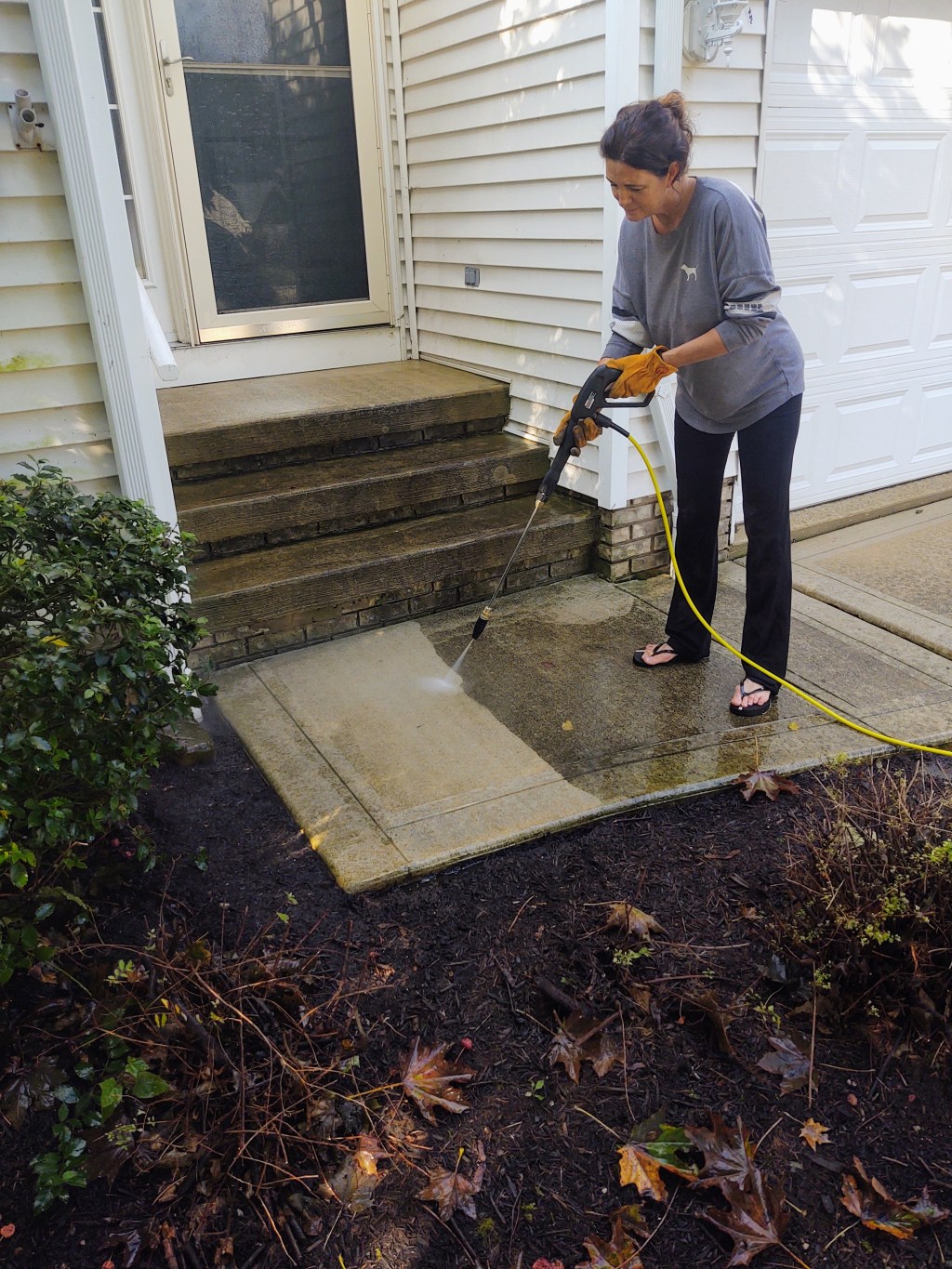 The Perry Village PITCH In program had a powerful impact in driving its third project of 2021.

To be precise, pressure washing was the main task that a PITCH In volunteer performed at the home of a village resident who needed help with house and yard maintenance.

PITCH In is a non-profit community assistance program that recruits and assigns volunteers to help residents of Perry Village with various jobs inside or outside their homes.

The first word in the title of the program name stands for Perry Investing Toward Community Help. It was decided to add the word â€œInâ€ to create a phrase that would grab attention and be easy to remember.

PITCH In co-founder and board member Rick Walker said the latest project took place on Oct. 9 at the home of a resident who requested that his name and address not be released.

The resident’s family members had heard about the PITCH In program through information flyers and contacted Group member Theresa Wetzel about a possible project.

PITCH In approved the request and arrived ready for work on October 9th. Walker said Wetzel played a major role in the project by electrically washing the front of the house and the driveway.

â€œTheresa did 3.5 hours of work,â€ said Walker, who also sits on Perry village council. “Theresa probably only needed two hours, but she was having too much fun.”

Walker also applauded the efforts of a new PITCH In volunteer, Leslie Norris-Cubbison, who worked hard for about two hours to complete another job on the job site.

â€œLeslie did a terrific job trimming hedges,â€ he said. “On one side of the house, they were pretty bad.”

It has been almost two and a half years since Walker and Perry village council chairman Jean Schonauer originally proposed the creation of a community assistance program.

Before going into the community to carry out projects, Walker and Schonauer refined the description of what the program is supposed to do; developed an application, review and approval process for people requesting assistance under the program; and decided how to recruit and select volunteers.

Additionally, the two board members led the creation of a committee to oversee the launch and operation of PITCH In. The five-member panel consists of Walker; Schonauer; Wetzel; city â€‹â€‹councilor Elias Coss; and Carmen Tibaldi, firefighter from the Perry Joint Fire District.

Applications to receive assistance from PITCH In or become a group volunteer can be found by going to the perryvillageohio.com website, clicking on the â€œDepartmentsâ€ tab and scrolling to the name of the program. Questions can also be directed to Rick Walker at 440-221-7844 or [email protected]