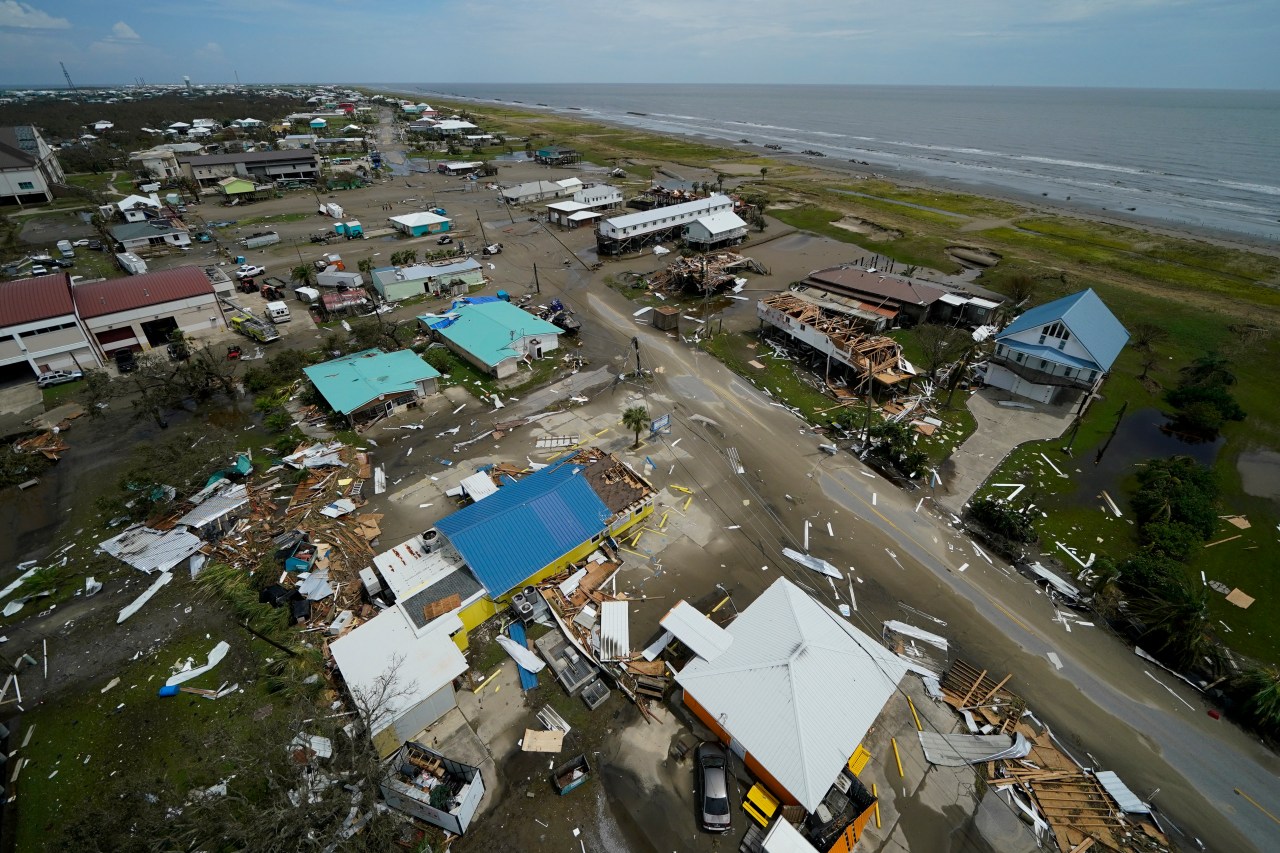 GRAND ISLE, Louisiana (AP) – Hurricane Ida caused massive devastation on Grand Isle, a Louisiana town on a narrow barrier island that was carrying the full force of the Category 4 storm on Sunday.

About half of the city’s properties of about 1,400 residents were severely damaged or destroyed. Some houses lacked roofs or walls, while others had been reduced to piles of debris.

On Tuesday, the main road was almost completely covered with sand brought in by the incoming tide. All the electric poles were tilting or had collapsed.

Grand Isle Police Chief Scooter Resweber weathered the storm with fellow officers inside the police station on Sunday. Ida made landfall just to the west with a recorded gust of 172 mph (277 km / h) and seawater flooded the island.

“I brought all the police into the building for security reasons, then all hell broke loose,” Resweber told an Associated Press reporter who reached the town by helicopter. “The roofs have started to fall apart. We could see buildings flying to pieces in front of us. This is something you never want to see again.

“When the roof started to collapse and the building shook, we all got scared. We are grown men, but you are scared within yourself, no matter what your job, and we have felt it.

Cynthia Lee Sheng, president of Jefferson Parish, where Grand Isle is located, described the island as “uninhabitable.” She said every building had been damaged to some extent, there were many ruptures in the dike system and a strong smell of natural gas persisted, “so it’s not good.”

Resweber and other officers ventured out early Monday to assess the damage – the police chief’s house was among hundreds destroyed – as well as to check on the nearly 100 residents who had decided to stay. He said many residents regretted the decision, although no one was seriously injured.

“I’ve ridden other hurricanes – Hurricane Isaac, Katrina, Gustav, Ike – and it’s absolutely not comparable. It’s the worst. … It’s just amazing that no one (here) has been killed or even seriously injured.