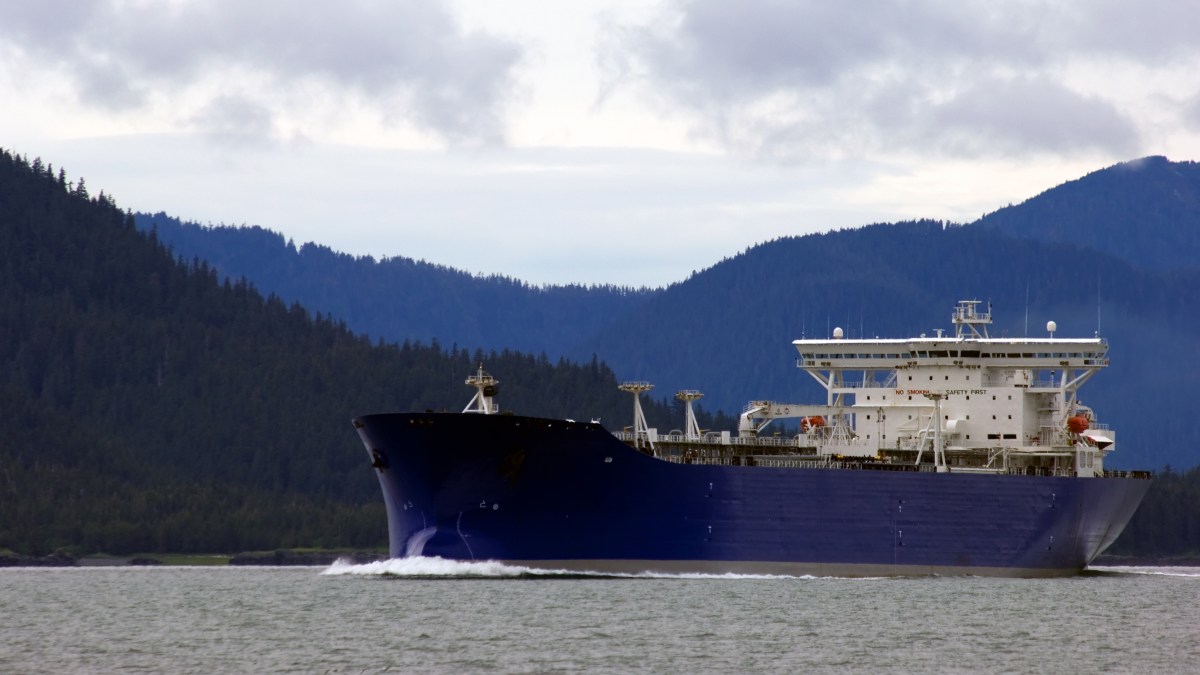 Fuel prices tend to run high in rural, roadless communities in Alaska. For a short time this spring, fuel costs in some rural towns were actually lower than in the state’s largest cities. Now that summer has arrived, that is changing.

In rural Alaska, the fuel that powers electric generators and that people use to power their boats and all-terrain vehicles is delivered by barge or plane.

In Brevig Mission, 65 miles north of Nome on the Bering Sea coast, Elmer Seetot said he and his neighbors pay about $4.25 a gallon for gasoline. Seetot depends on gas to power his boat to hunt marine mammals.

“We just finished the spring harvest catching bearded seals and walruses, so it was a successful year for us.” He uses a boat with a gasoline engine to find these animals; he will also be using his boat to go fishing in the coming weeks.

Roughly 430 people live in Mission Brevig. Now that summer is in full swing, the subsistence season is in full swing and people need gas to fish and pick berries. In the fall, they will hunt moose and caribou to supply their freezers for the rest of the year.

The fuel that the people of Brevig Mission bought was delivered last year. Seetot said everyone in his community strives to fill as many gas cans, barrels and drums with the cheapest fuel before the price increases with the next barge delivery. Deliveries take place once in the summer and again in the fall before the Bering Sea freezes over again for the winter.

“I think in a few months every time we have a barge we will pay $6.50,” he said, adding that he would not be surprised if the price of fuel in his village rose above $7. .

Crowley is the delivering company 65 million gallons of gasoline to 300 rural communities in Alaska. Prices may fluctuate even after delivery in some villages. Crowley declined an interview, but said fuel deliveries would continue as planned this year.

However, some villages cannot receive a barge. In Noatak, everything that comes and goes is done by air.

“Some people pay between $1,000 and $1,400 a month for electricity,” said Lucy Hall, the tribal clerk of Noatak village. The Iñupiaq village is located 70 miles north of the Arctic Circle. “We have to cover the fuel costs for the generators.”

In Noatak, diesel powers the generators that keep the lights on. There are trees, but collecting firewood requires fuel, so diesel is also used for domestic heating. Sixty-seven-year-old Hannah Onalik said the situation was dire.

“A long time ago, we had no electricity. We depended on the land, on the river for fish, and we bought our Coleman lamps, our Coleman stoves and we lived on it,” she said. “Today, everything is electricity and all that. We depend on that, so it’s very, very, very difficult today.

In Noatak, residents said they saw a price of $18 a gallon for gasoline in June. A 50 gallon barrel of diesel costs over $800.

Winter always comes to Alaska. That’s why people like Amber Vaska are scrambling to help before the summer ends. Vaska is the Executive Director of Tribal Government and Guest Services for Alaska Tanana Chiefs Conferencea non-profit corporation that provides support services to tribes in Interior Alaska.

“I think our people in rural Alaska are going to be in dire straits,” Vaska said. “All of their commodities – the price is just going to roar outrageously in the months to come.”

Earlier this year, the Alaska State Legislature passed an energy assistance payment for eligible residents. When around $650 will affect bank accounts has yet to be announced. In rural villages, it is unclear how far that money will go when it does.

There’s a lot going on in the world. Through it all, Marketplace is there for you.

You rely on Marketplace to break down world events and tell you how it affects you in a factual and accessible way. We count on your financial support to continue to make this possible.

Your donation today fuels the independent journalism you rely on. For just $5/month, you can help maintain Marketplace so we can keep reporting on the things that matter to you.