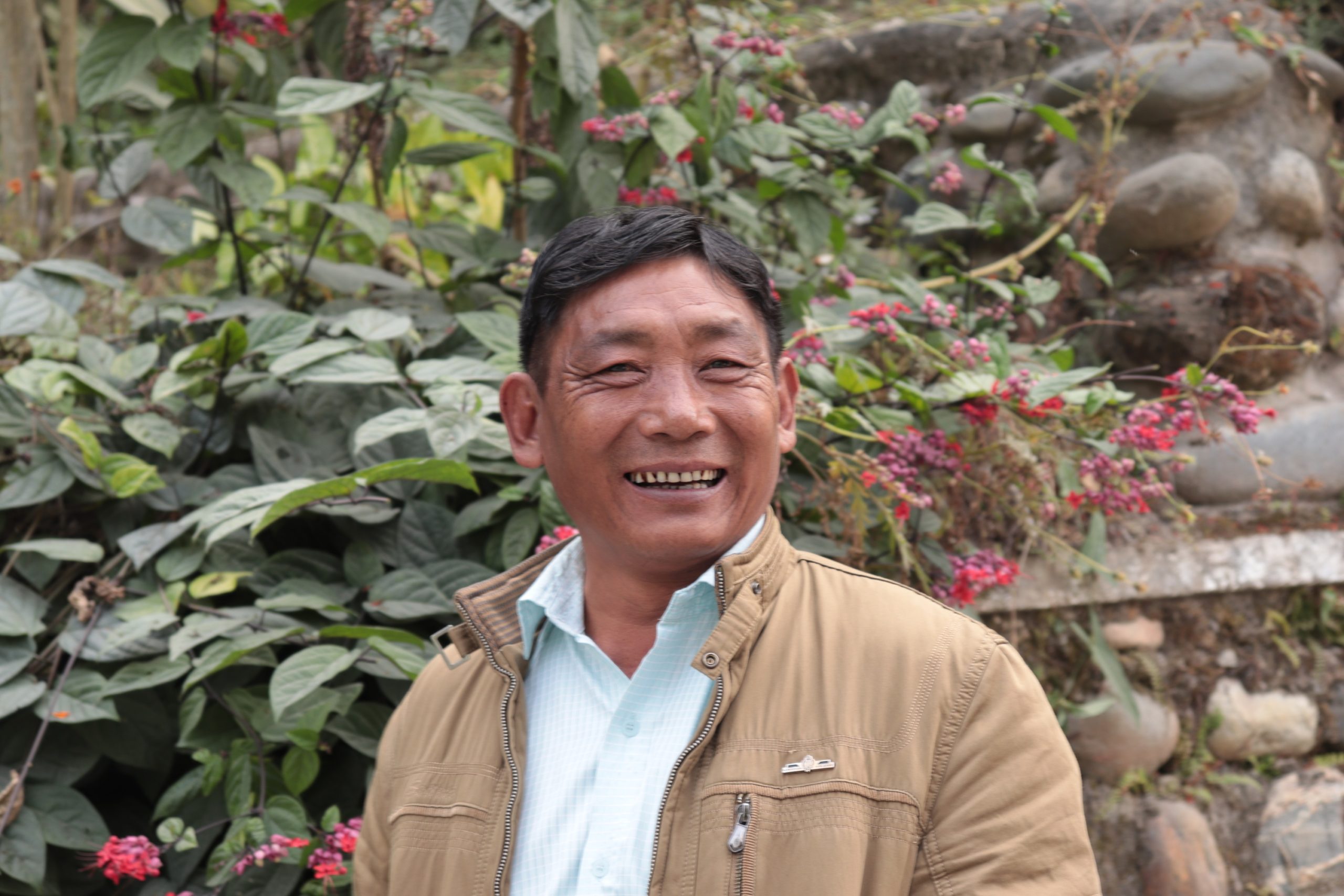 Many things point to the imbalance of the natural world. For Tokugha Sumi, school principal, village council member and son of the village chief of Sapotami in Nagaland, it was the loss of birdsong and the disappearance of various animals such as monkeys, gibbons and hornbills. forests. While Tokugha’s father and ancestors relied on bird calls to predict the arrival of rain, wind and sunshine, new generations had to abandon this practice. This is due to the decrease in the number of birds around the village, and also because the sounds no longer match the weather changes. “They send the wrong signals,” Tokugha explains. “It’s an ecological imbalance. We created this.

Observations like this led Tokugha Sumi, a member of the Sumi tribe, to take an interest in conservation. Identified as one of the richest biodiversity areas in the world, the natural environment of Nagaland has been protected by its inhabitants by respecting certain centuries-old rules. These include the demarcation of areas to be used for the extraction of firewood and timber, as well as periodic restrictions on hunting and fishing. Certain forests and water bodies were also considered sacred, thus limiting human interference. “Our ancestors did a great job of preserving the land for us,” admits Tokugha, “but now we cannot preserve it for our children. This is the saddest part.

In response to the rapid loss of forest cover and wildlife in recent decades, village councils in Nagaland have attempted to recognize the ecological and cultural value of their common lands and water bodies by declaring them areas of community conservation (CCA). This practice, popularized during the 1980s, however, has not been entirely successful in deterring unsustainable extraction. Today, the rules around a CCA are often flouted and there is confusion about their limits. “People use it randomly,” Tokugha complains, referring to the felling of trees and the hunting of wild animals in his local CCA. “So our conserved area is a degraded area with no trees, no animals and no birds.”

Partner with an NGO to conserve the commons

Tokhuga first connected with the Foundation for Ecological Security (FES), a pan-Indian NGO that works to strengthen community governance over common natural resources, in 2013 during a series of workshops organized for the conservation of the Dikhu River. This project, called Dikhu Greener Zone, was initiated by the village councils of Longsa and Ungma and marked the entry of FES into Nagaland. As a workshop participant, Tokhuga was inspired by the initiative. Armed with what he had learned, he decided to also mobilize the villages which were located upstream of the river. “It took three rounds of meetings,” says Tokugha. Following this, in 2014, the 14 villages decided to come together to form the Nanga Greener Zone (NGZ).

“At first it was just the river,” recalls Yaranajit Deka, senior program officer at FES and a friend of Tokugha. As they explored the idea further, however, the community realized that in order to protect the river, they also needed to protect the forest around it. “And once the forest comes into play, so does the wildlife and the issue of wildlife diversity,” he says. In this way, what began as an overfishing concern at one end of the river, eventually evolved into a multi-conservation project that banned unsustainable forms of fishing, hunting and fishing. jhum cultivation (slash-and-burn) in an area of ​​one kilometer around the river. This, as Tokugha points out, was only possible with the consent of all the villages.

Besides leading the formation of the NGZ, Tokugha is also the current Vice President and one of the main founders of the Nagaland Community Conserved Areas Forum (NCCAF). As an idea launched during the same series of workshops in 2013, the NCCAF was formed to provide a common platform in which knowledge and experiences could be shared among ACCs. “Other CCAs may not know what mine does. Likewise, my CCA does not know what is happening in the other CCAs. But, if we form an association, we can educate each other,” says Tokugha. Besides organizing workshops and exhibition tours, as a voluntary organization, much of NCCAF’s efforts are also aimed at increasing its membership. “We were only four or five CCAs when we started,” says Tokugha. “Now we have 23 members in Nagaland comprising 99 villages.”

The Challenges of Community Conservation

However, mobilizing people for conservation can also be a process laden with social and cultural negotiations. Since more than 90% of land in Nagaland is owned by clans and individuals, community conservation involves navigating a complex system of land management with rules that differ from tribe to tribe. “Some chiefs were grumbling and saying that in the name of conservation you are going to seize all my land,” Tokhuha says, recalling some of the early responses he received. “Furthermore, it is important to take into account that Nagas, by tradition, are hunters. You can’t just go to a village and tell them to stop hunting. It will work against you,” he adds.

For Tokugha, a big part of the solution lies in education. It encourages closer monitoring of wildlife populations. “If there are 10 boars, I tell people you can kill one or two. Then they will breed. But don’t kill them all at once. Tokugha also thinks it’s also important to talk the role of different species in the ecosystem: “Birds are hunters and dispersers of seeds. If there are no more birds, who will disperse the seeds?”

In an attempt to extend this knowledge to younger generations, he recently held talks with Church leaders to include conservation in the Sunday School curriculum.

“Only if people understand the value of conservation will they conserve,” says Tokugha. This understanding is all the more crucial today, in light of the new category of Community Reserves (CR). Granting the state access to previously closed land management systems, under the RC, joint committees made up of community members and Forestry Department officials are to oversee conservation at the village level. . Yet its implementation, like the Deka Sharing, has already led to conflict since plans are often carried out without the prior consent of locals.

Drawing parallels to the story of Tokugha Sumi and the expansion of the NGO’s reach, Deka says it’s important to see community members as “equal partners” in conservation. “People have their own traditional knowledge and they are already trying to keep it,” he says. “It’s not a one-way exchange of information.” As for Tokugha, his decade-long partnership with FES, initially born out of a desire to address “ecological imbalance”, has also helped him take significant steps towards realizing his “dream” – which is to bring back the fauna in its CCA.

“I just want us to live freely like before,” says Tokugha, whose idea of ​​”living freely” is based on repairing critical relationships between humans and fellow human beings. For Deka, this is a positive sign. Until a few years ago, wildlife conservation was not a priority for local communities. “It’s a big change in people’s perspectives, it’s a change in the horizon of conservation,” he comments. Tokugha is also positive since his dream is already starting to take shape – “After two to three years of conservation, I hear birdsong from my kitchen again”, concludes Tokugha with an ambitious thought, “I want this for everything Nagaland.”

The author is an anthropologist with an interest in ecology. She works with the NGO Foundation of Ecological Security.

Get our weekly environmental news roundup straight to your inbox! Subscribe to our newsletter.

In the Moroccan Sahara desert, community tourism sustains a village