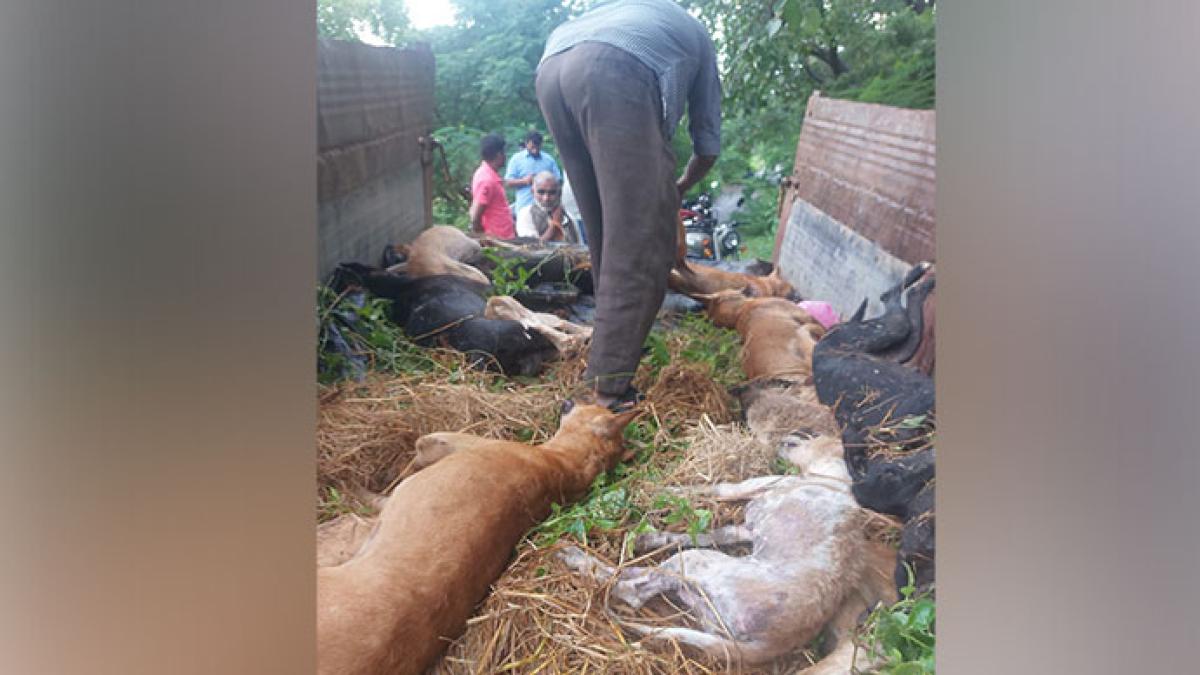 After 18 stray dogs were poisoned in Chebrolu village, Eluru district, Andhra Pradesh, three people were arrested. The man who killed the dogs, the village secretary and the sarpanch who ordered the killing were convicted of the crime.

Stray dogs who were poisoned in a village in Andhra’s Eluru district.

By Apoorva Jayachandran : Three people have been arrested by police officers in Eluru district, Andhra Pradesh, for poisoning 18 stray dogs and killing them. Police officials have registered a case in this case.

K Veerababu from Chebrole village in Eluru district poisoned 18 stray dogs on the orders of the village secretary and the sarpanch. Chebrolu Police have registered a case under Sections 428 and 429 of the Indian Penal Code and relevant sections of the Prevention of Cruelty to Animals Act.

Srilatha Challapalli, an animal rights activist in Eluru, said she received information on October 15 that the panchayat secretary and the sarpanch of Chebrole had arranged for a dog killer named Veerababu to kill all the stray dogs. from the village.

“I sent two people to check, but by the time they got there, 18 dogs had already been killed by poisonous injections. We informed the police and other officials to stop the killing and bring complaint,” Srilatha said.

She added, “Such incidents have already been reported in other parts of Eluru district. We have filed complaints and are attending hearings, but these incidents continue to occur. Therefore, I call on the collector to take action against the culprits and put an end to animal cruelty. »

2 miscreants set fire to a house in the village of Tarn Taran, caught red-handed : The Tribune India