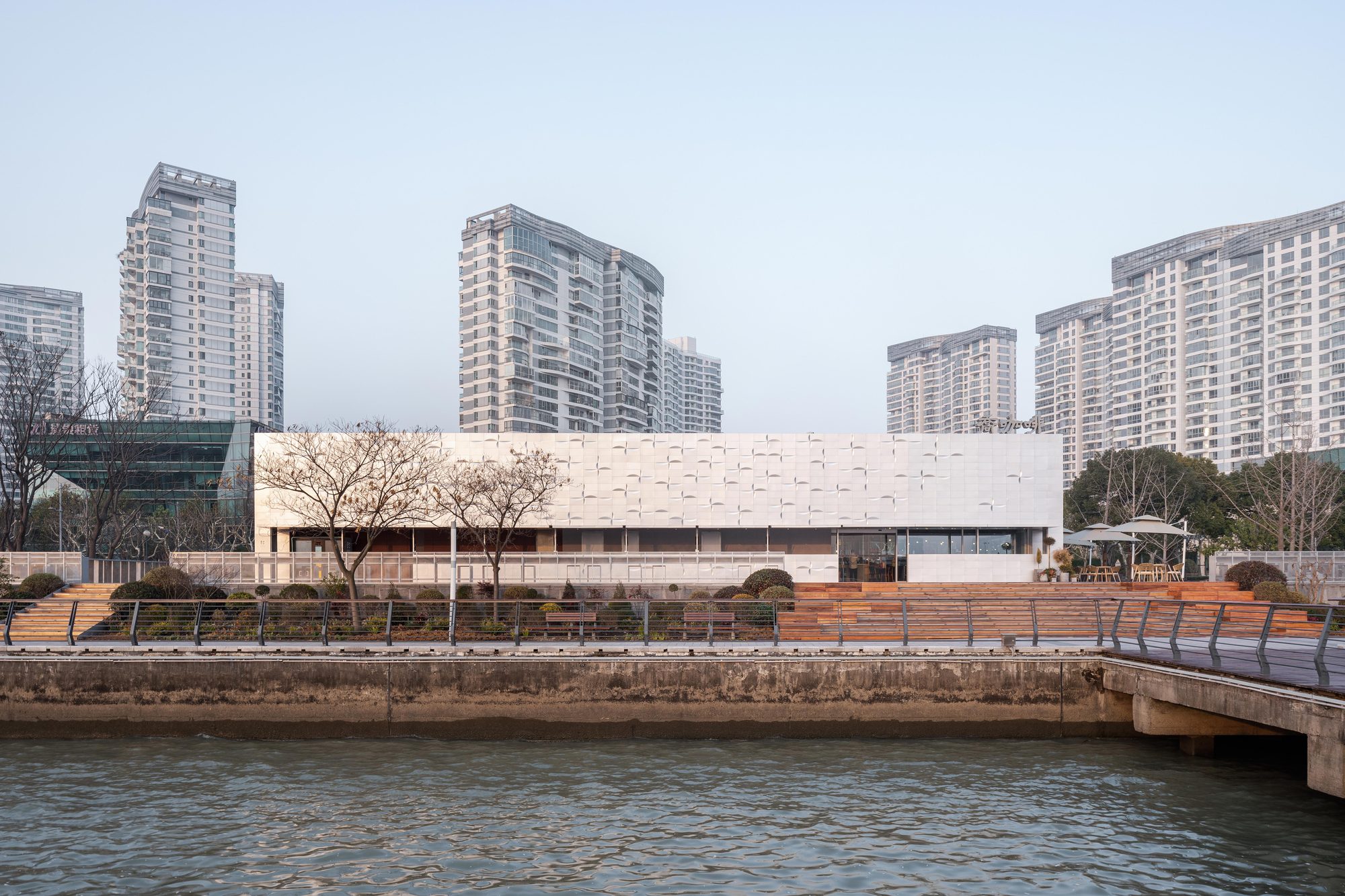 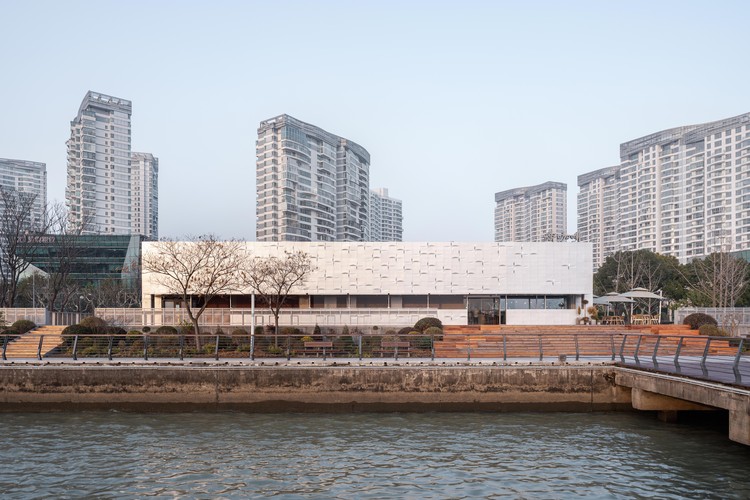 Text description provided by the architects. The project is located at 2900 Longteng Avenue, Xuhui District, Shanghai, as part of the Xuhui District public opening space developments and the Shui’an Hui public services. Our project aims to modify and soften the current site, as well as to emphasize the connections between the building and the open spaces, creating one more public space for the Xuhui waterfront area in terms of ordinary daily life. The client wishes to keep the original construction zone and the three differentiated spaces within the framework of this regeneration project, to revitalize the existing forgotten spaces and to develop more associated functions, as well as the surroundings, to improve accessibility. of the site and the daily life of citizens.

Based on the site investigation and our observations and understandings of ordinary daily life, we conclude three major questions for this project: 1) Based on flood control standards, the original site is surrounded by water barriers. glass, being separated from the waterfront path. The only entrance, also the exit, is on the west side of the site with a considerable height difference, making the site and associated building inaccessible. 2) The two hallways on the west and east sides of the public toilets are too narrow to be used. Additionally, current spaces make odors and flows two negatives for adjacent utility areas. 3) There are three different functional spaces enveloped in the original building – a 142 square meter public service space in the north, a public toilet in the middle as well as a south substation of about 190 square meters. So the building was in a hybrid form and even messed up before this project.

By combining the client’s demands and the three major issues mentioned above, we have developed three related design approaches for this project in order to adjust the negative influences of the current site on the dynamic riparian area, making it closer to the daily life of the public. and creating positive impacts for monitoring site usage.

Soften the site and modify the circulation. Combined with the requirements of municipal equipment management, the project opens part of the closed eastern barriers with the maintenance of the original anti-flood elevations, in particular those up to the northern public service area, by reconnecting the two separate circulations to two different levels. In addition, the project lifts the entire site to make it more accessible in terms of the original western entry / exit. As a result, previously blocked public traffic can circulate both within the site itself and its surroundings. Citizens have more flexibility and more functional demands based on the site could be met, as well as the northern public service space. From this point of view, the regenerated site is able to meet various socio-cultural public scenes.

Reorganize the building and develop more advertising. The project reorganizes the two existing narrowed corridors, moving west to east for a larger combined semi-public corridor without changing the original construction area to face the Huangpu River, but resolving the two negative spaces . As a result, the wider corridor could not only make traffic more efficient, but also meet the needs of everyday life more ordinary. Noting that more and more people will visit this site, the project is also reorganizing the public toilets in the area. The semi-corridor is equipped with movable panels to weaken the border between interiors and exteriors, and also to provide the public with tourist frameworks to enjoy the great scenery of the Huangpu River. Additionally, the project replaces glass barriers with metal perforated mesh panels and adjacent mesa stools and side tables for the audience to rest, chat, and enjoy the cool wind and fantastic scenery.

Abstract expressions and long lost vitality. The project redesigns the facade of the existing building to unite the three distinctive languages ​​into one. With the existing exterior structures and taking into account the development of the Xuhui waterfront area in general, the project envelops the three volumes with an abstract and desymbolized facade to make the building more recognizable, thus bringing back more visitors and lost items. since a long time. vitality. In addition, the language of abstract motifs and the reasonable curve make the building a breath and the site a vital public space. At night, the special lighting design distinguishes the building with its facade patterns.

For this project, in addition to the physical architectural spaces, we pay more attention to the activities related to the space and associated ordinary daily life in terms of the abstract and de-symbolic context of the Xuhui riparian area. The key principle that we retain for this project is how to soften the existing negative site to put it at the service of the ordinary daily life of the public. In conclusion, the regenerated project developed a continuous sense of publicity, from the more accessible western entrance / exit, to the semi-public corridor, to the partially open perforated metal mesh panels, finally to the wooden steps that connect with the path by the river. As a result, our design eliminates the negative influences that the existing site has exerted on the dynamic riverside space, bringing back to the public a diverse ordinary daily life and providing the developments of the public opening space by the riverside. Xuhui river and the Shui’an Hui public services with vigor and vitality.

COVID-19 cases on the rise, Stebbins locked out