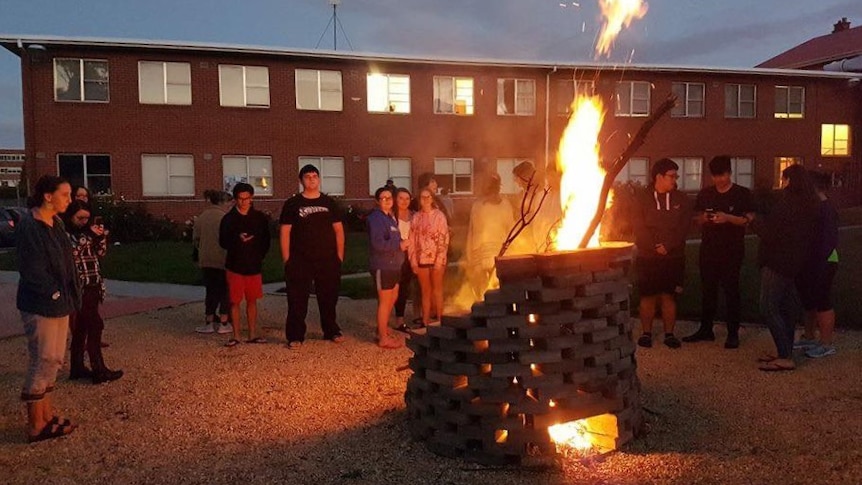 Until very recently, Debra Mill had clear plans for what her daughter Hannah’s future would look like.

She would leave her hometown of Nubeena next year and study Year 11 an hour-and-a-half drive away in Hobart, staying at Springvale Student Residence in New Town.

But news that the facility will close at the end of the year has put a damper on those plans and caused great uncertainty for families in the area who plan to send their children there.

“She doesn’t know if it’s going to happen or not. Which was a really clear decision… she suddenly feels she doesn’t have those options available, and they could be wiped out,” Ms Mill said.

“My reaction was no, that can’t be true.”

Accommodation operator Bob Gilmour said it was no longer financially viable to operate the residence after COVID drastically reduced the number of students staying there.

Before the pandemic, there were around 65 boarders each year, attending a dozen different schools in the Hobart area.

“At the beginning of this year, as a company, our resources were exhausted, we had nothing left in the tank, we just couldn’t continue to operate in this vein.”

‘This is a place that for many years has provided a safe, secure and affordable accommodation option for children who come to the area and is now closing,’ she said.

“What these students and parents need to hear from the Minister is an unwavering commitment that they will not be left behind and that at the start of the next school year there will be an alternative to Springvale because it’s an essential hosting service.”

Education Minister Roger Jaensch said the government had provided financial support to Springvale so it could continue to operate until the end of the school year, with the Department for Education considering some number of options to replace it.

“The department is exploring with the families a number of alternative accommodation options and other solutions for their future,” he said.

“Family and student reunions have already begun, with a range of different options presented to families to meet individual and unique student needs.”

Mr Jaensch said “all potential options” for the Springvale site, which is owned by the Department for Education, were being explored, including its use as accommodation.

He said consultations were also underway with a range of other accommodation providers, including Collegiate, Hutchins, TasTafe, homestay, Colony47 and the University of Tasmania.

Ms Mill said residents of the Tasman Peninsula were considering drastic options, such as homeschooling their children, selling their property and moving to Hobart, or paying for homestay accommodation more expensive, as they searched for clarity.

But for her family, there’s only one way forward if they can’t find an alternative in Springvale.

“The only option is for my child to get on a bus at 6 a.m. in the dark and come home at the end of the day pretty exhausted, and then there’s the wait for homework,” she said. declared.

“It’s really not a good scenario for my child, especially when she’s in grades 11 and 12 and wants to go to college.”

Set the ABC News website or app to “Tasmania’s Best Stories” from the app’s homepage or settings menu to continue getting the same national news, but with a sprinkling of more relevant state stories.

Here’s a taste of the latest stories from Tasmania: