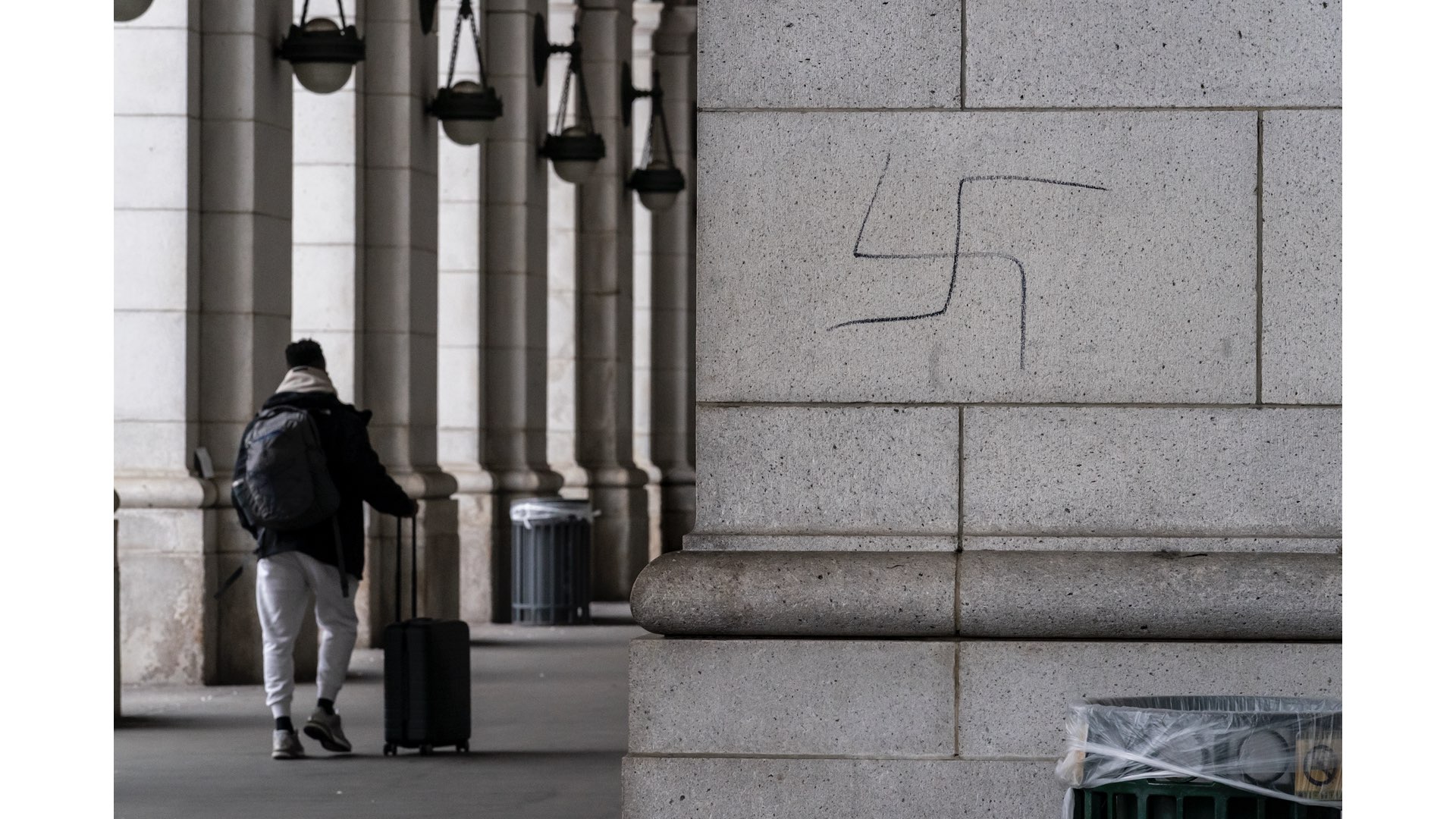 Vandals spray-painted dozens of swastikas outside Union Station, the regional rail hub in the nation’s capital.

The graffiti was discovered on Friday, a day after International Holocaust Remembrance Day, with crude Nazi symbols painted on columns at the front of the huge building and several clustered around the escalator entrance from the underground DC metro.

The Washington Metropolitan Police Department referred questions to Amtrak Police, which handles building security. Efforts to contact Amtrak police were unsuccessful. But a security guard at the scene, speaking on condition of anonymity, told The Associated Press the incident was under investigation. The guard pointed out that several of the swastikas were painted in places in plain view of the building‘s security video cameras.

By noon, staff had begun covering the swastikas with sheets of white paper secured with blue tape.

The Jewish Federation of Greater Washington released a statement on Instagram, calling the moment “particularly offensive” and added, “This anti-Semitic and hateful symbol has no place in our society.”

It is unclear whether the link to International Holocaust Remembrance Day was intentional.

The message from the Jewish Federation said the police had provided them with information about the suspect.

“We have learned that the individual involved is homeless and a consumer of mental wellness services, and we are relieved to know that she will be removed as soon as possible,” the post read.

In the Moroccan Sahara desert, community tourism sustains a village