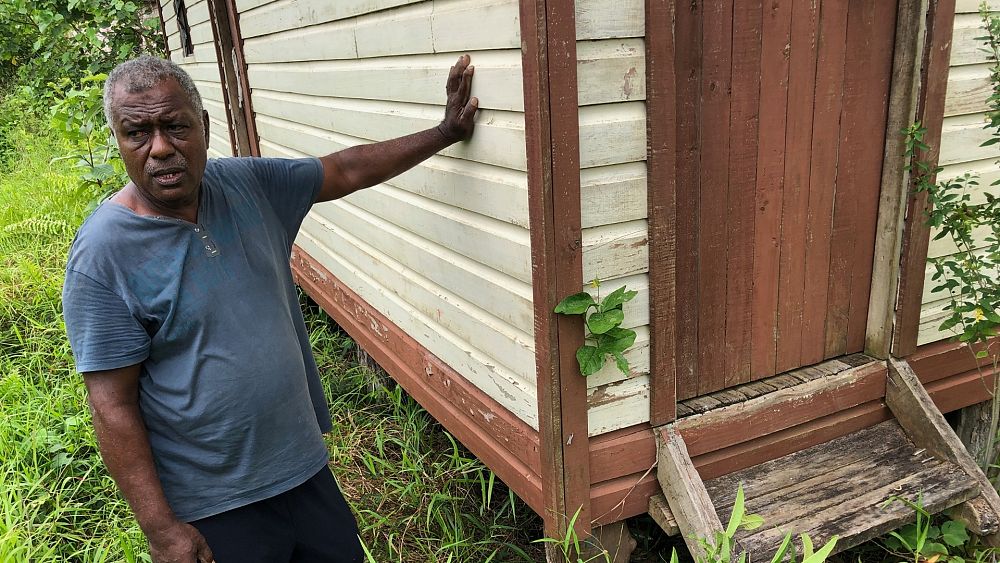 The Great Melt: This village in Fiji has been forced to move inland as sea levels rise

â€œThis is my house,â€ says the chief of a Fijian village, pointing to an old concrete block and a few wooden poles protruding from the brownish sand of a beach shaded by coconut palms.

This is all that remains of the childhood home of Simione Botu, chief of Vunidogoloa village in eastern Fiji. He’s already moved inland – not once, but twice – to escape increased flooding along the coast.

â€œOur heart is there. Our ancestors were here, â€he tells me, standing on the narrow beach near the rotten foundations of his first home, washed away decades ago by the Pacific Ocean.

During a 2018 visit to Fiji, in the South Pacific east of Australia, British Prince Harry mentioned the village of Vunidogoloa as the first to move inland anywhere in the world due to rising sea levels. This is a dismal title that could face competition from many other communities around the world.

Botu himself is one of a small group of people who have been forced to leave two homes due to coastal flooding. Her journey of displacement is a story of stubborn resilience, with a happier conclusion in her modern third hillside house, built by the villagers and the Fijian government.

The old village of Vunidogoloa, where Botu grew up, sits on a coast exposed to storm surges caused by cyclones in the Pacific. It’s at the inner end of Natewa Bay, which can serve as a funnel for water blown from the ocean into the narrowing entrance. The village is also at the mouth of a meandering river that capriciously devours the shore, compounding the damage from rising sea levels.

Dressed in a blue tee shirt and black shorts, Botu is certain when I ask him what happened to make his house disappear.

â€œClimate change,â€ he replies. â€œThe rise in sea level, the floods, caused this. So we have to move to the new site.

â€œNo matter what we did, the water was passing through the village,â€ Botu said of repeated attempts to hold back the sea and the estuary that meandered through the village, with makeshift walls. The intrusion of seawater disrupted agriculture and the cultivation of coconut palms, breadfruit trees and bananas.

After years of planning, the entire village of 150 people moved to New Vunidogoloa, about 1.5 km inland on a hill belonging to the villagers. The new village includes thirty-three new one-story wooden houses, painted in light blue.

The new village has been widely hailed as a successful project since it opened in 2014, despite grunts from both sides. Villagers accuse the government of breaking its promises, while politicians who supported the project complain of ingratitude.

The Fijian government reported in 2014 that it had spent nearly one million Fijian dollars (approximately US $ 500,000 or â‚¬ 431,000) to relocate Vunidogoloa, including the construction of houses, fish ponds and a transformer to help produce coconut oil. And Fiji plans to move more than forty communities away from the coast, setting an example for vulnerable nations in managing sea level rise in the 21st century.

Fiji is often a leader in climate policy – it was the first nation in the world to officially ratify the Paris Agreement. And it’s among the least responsible for climate change – Fiji emits a tiny 0.006% of global greenhouse gases.

The move from Old Vunidogoloa, where only a few buildings are still standing and which are slowly overgrown, has garnered praise as governments around the world worry about how to deal with the accelerating rise in sea level caused by melting ice from Greenland to Antarctica. However, when one hears of places like Vunidogoloa, a natural reaction is: the seas are rising all over the world.

What is so special about the coastline of Fiji? Why isn’t everyone moving inland if things are going so badly?

For climate skeptics, this question is often a sneaky foot in the door to raise doubts about to what extent sea level rise is a factor, or even if it is happening at all. From West Africa to Alaska in the United States, scientists say that a nasty cocktail of factors is forcing relocations from the coast.

In some cases this is due to natural subsidence and other changes that have been happening for centuries, but in others it is up to us – a mixture of more powerful storms, shifting ocean currents and sea â€‹â€‹level rise linked to human greenhouse gas emissions.

In cases like Vunidogoloa, sea level rise is the proverbial straw – or perhaps a bale of straw – that breaks the camel’s back and makes a vulnerable place uninhabitable.

Rising sea levels add to the flooding caused by heavier rains and more powerful storms which can also be fueled by greenhouse gases. And sea level rise will continue to worsen during this century.

This article is an excerpt adapted from The Great Melt: Accounts from the Frontline of Climate Change. Posted to coincide with COP26, when the world comes together to try to agree on a strategy to save the planet for the next few decades, this is a call to action from a leading journalist on the climate, Alister Doyle. Learn more about the book here.