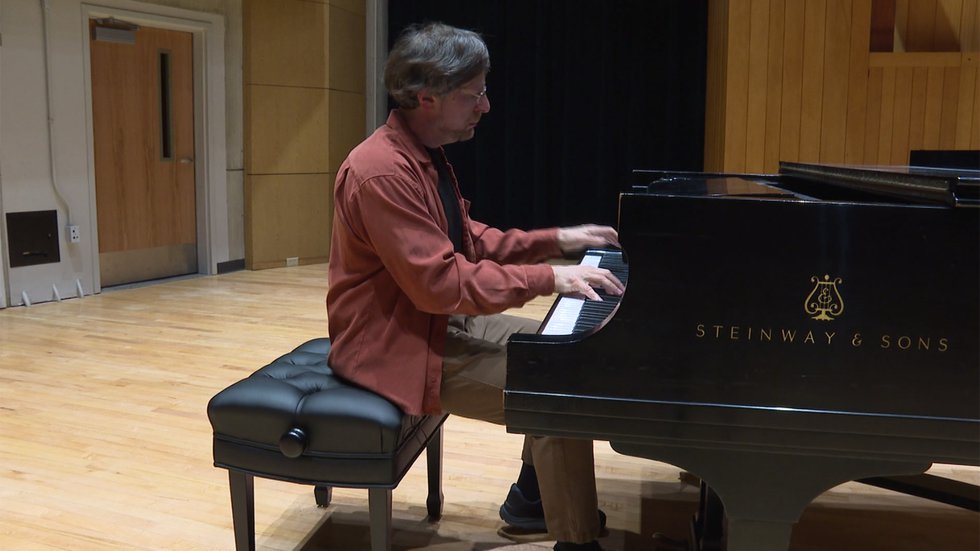 The musician aims to perform in every community in Vermont

BURLINGTON, Vermont (WCAX) — A University of Vermont music professor begins a multi-year tour this week, but he won’t be leaving the state.

David Feurzeig, professor of music theory and composition, has been playing the piano for over 50 years. He traveled all over the world to perform… Dresden, Paris, etc.

But with the state of the climate, he was inspired to keep it local, racing his solar-powered car and touring all 251 cities in Vermont.

There are a number of things that Feurzeig is passionate about, the piano being just one of them.

“You can do anything on the piano. You can be your whole orchestra, your whole band. And no matter how much you play, there are always things to discover,” he said.

“I wanted to do a tiny bit to contribute in some way to the vitality and continued activity of town centers and village centers,” Feurzeig explained.

But above all, Feurzeig is passionate about the environment. In the face of climate change, he has reduced his meat consumption and reduced his emissions wherever he can.

“I have four children. I don’t worry about their children; I worry about them. I worry about what they will be going through in five or ten years. It is an immediate existential crisis. This is the biggest crisis the planet, the species has ever faced,” he said.

Since he won’t fly anymore, he decided to go on tour to the second best place behind Europe or Asia, the Green Mountain State.

“There is this perverse incentive to go steal, steal, steal. Okay, so we get prestige points if you play a national gig, you get more brownie points than a local gig,” Feurzeig said.

Play Every Town is a statement on the climate crisis, with an eerily sweet melody.

“Long distance tours are not viable. And it’s not just about lifestyle or branding, like, “Oh, I want to be sustainable!” “Unsustainable is something you can’t keep doing,” Feurzeig said.

Instead, he’ll charge his solar-powered electric car and tour the 251 cities Vermont has to offer.

While he’s thrilled to perform at beautiful opera houses and venues across the state, some places he knows will prove more difficult.

“Inevitably it will be… you know, Lewis, Vermont. I’m not sure there is a building to play in. Its official population is two, although the number of people there is a bit ambiguous,” he said.

Each concert, he hopes, will have a local touch, featuring fellow musicians, students or music written in town.

He plans to perform wherever there is a piano for him. If there isn’t, he’ll load up an electric keyboard and play wherever he can.

“You know, I’ll play the best instrument available in a public place,” he said. “I really wish it was wonderful, but it doesn’t have to.”

As it sets out to prove that you don’t need to tour extensively to deliver a performance that hits all the right notes.

Feurzeig says he’s wanted to do this since moving to Vermont. He says he saw the Vermont Symphony Orchestra do this in the 80s and was inspired by it.

His goal is to have all cities completed by the end of 2026. With 251 cities in Vermont, he will need to average about one a week to achieve this.

Three dates are currently scheduled. The first will take place on May 6 in Burlington at the UVM Recital Hall. Two more are planned in Calais and Brownington. Click here for more details.