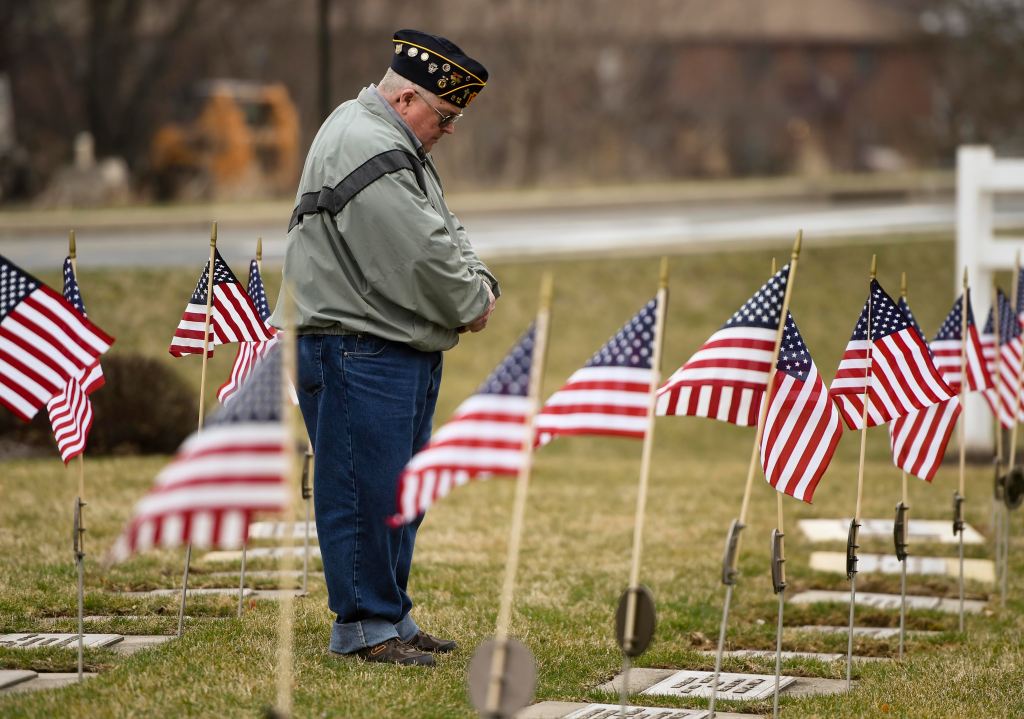 The world changed 20 years ago.

Four commercial airliners have been used to attack the United States by a terrorist organization that hates the country.

When the scene took place in New York, millions of people watched in horror. Washington DC; and Shanksville.

Over the next 20 years, the United States engaged in two wars to combat global terrorism.

The following are soldiers associated with Berks County who have died while serving in their country since 9/11.

Today we pay tribute to them.

Orlando Morales Rivera, 33, who grew up in Reading before moving to Puerto Rico, was killed in Afghanistan on March 29, 2003.

Ranger Morales Rivera was one of two US soldiers who were killed in an ambush by four men on motorcycles while patrolling near Gereshk.

Andrew J. Badick, 26, whose father and stepmother live in Center Township, died in Iraq on September 29, 2003.

Badick, a member of the 82nd Airborne Division, drowned while attempting to rescue or retrieve a Humvee conductor who had crashed into the Baghdad Canal.

Valdes, a communications expert, was killed by a suicide bomber who committed suicide in Fallujah.

Karadeen, a member of the New York Naval Milit and former Marine, was shot dead after a roadside bomb exploded next to his armored vehicle in Baghdad.

William V. Fernandez, 37, from the canton of Basse-Alsace, was killed on September 19, 2005 while on patrol in Iraq.

According to military officials, he was one of four soldiers who died in two roadside explosions while on patrol near Ramadi, a rebel base about 110 kilometers north of Baghdad.

Fernandez was assigned to the 1st Fleet, the 104th Cavalry Regiment and the 28th Infantry Division of the National Guard.

Zimmerman was a member of the 101st Airborne Division, known as the “Screaming Eagles”, and the 502nd Infantry Regiment, 2nd Battalion.

He was conducting a combat reconnaissance operation when explosives detonated near the observation post.

Nathan R. Rodenbush, 25, whose parents live in Earl Township, died on February 20, 2008, in southern Baghdad, Iraq, when his humvee exploded.

Navy Seal Vaccaro has served in Kosovo, Afghanistan and Iraq.

Major of the Army John P. Prior

Dr John P. Pryor, 42, of Moorestown, NJ, a Philadelphia-based surgeon and staff at Reading Hospital, died in Iraq on December 25, 2008. He specialized in the medical profession of the army reserve.

Pryor was assigned to the Advanced Surgery Team, 1st Medical Detachment at Fort Totten, NY, and died in Mosul, who was injured when a mortar round collided near his settlement.

Apprentice of the Marine Corps of the Superior Guard of the Navy John D. Seitz

Seitz was an apprentice to a Navy Senior Guard assigned to Navy Security Forces, Navy Support Operations in Bahrain.

He died after being injured in an accident at a port called Minasalman during a nighttime clash between a military patrol boat and a moored barge.

Jonathan M. Walls of West Lawn, 27, was killed in Kandahar on August 1, 2009, when armed groups attacked a patrol with improvised explosive devices and rocket-propelled grenades.

Two other soldiers were killed in the attack.

Anthony Vargas, 27, of Reading, was killed on November 8, 2010 in Nangarhar, eastern Afghanistan, after being wounded when armed groups attacked troops with improvised explosive devices.

His car collided with a machine during a patrol in the Khogyani district, bordering Pakistan.

On November 22, 2010, Sean M. Flannery, 29, of Wyomissing was killed in Kandahar, near the Zari district train station.

Squad Leader Flannery was in a patrol vehicle when he was killed by an improvised explosive device.

Brian K. Moirey, 49, of Harifax, Dauphin County, was killed on July 18, 2011, near Bagram, Afghanistan, while working for the 131st Transport Company of the Pennsylvania Guard based in Kutztown. .. Its fleet is attacked while carrying the necessary supplies.

Brecknock Township Jarrett M. Yoda, 26, was killed in eastern Afghanistan on April 9, 2013, when an Apache helicopter crashed during an Apache flight.

Yoda was assigned to B Company 1-104 Attack Reconnaissance Battalion.

He was deployed to Iraq in 2008 with C Company, based in Kutztown, the 56th Stryker National Guard Brigade.

Torbira was training at the Beechcraft Commercial Baron when he collided with the terrain.

It served at the 45th Reconnaissance Squadron Offutt Air Base and cooperated with the RC-135 in various missions around the world including tours to Japan, Alaska, Hawaii, UK, Greece and Al Udade. ..

Source link These soldiers associated with Burkes have died in the service of their country since September 11.