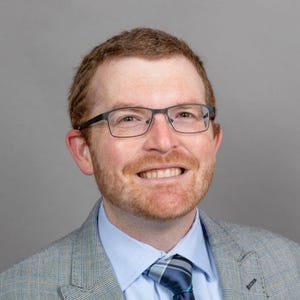 PLYMOUTH – Tim Blakeslee will be Plymouth’s new city administrator and director of public services from August 1.

The Plymouth City Council approved the hiring of Blakeslee on Tuesday.

The city administrator, appointed by the city council, helps manage day-to-day city operations such as budgeting and assisting department heads.

Blakeslee, who lives in Port Washington, always wanted to be a city manager, he said.

“After visiting Plymouth and seeing its small-town charm with big-city amenities and businesses, I fell in love with the community and thought it would be a great idea to apply for the job,” he said. -he declares. “I’m delighted to have been nominated, and I’m excited to work with the staff and get to know the residents and businesses.”

Blakeslee holds a master’s degree in public administration from The Ohio State University and serves as deputy village superintendent for the Whitefish Bay Villageposition he has held for approximately five years.

“He has extensive experience in budget development and contract negotiations, as well as working directly with non-profit organizations, citizen groups, businesses, village departments, committees and residents. village,” said a press release from Plymouth.

Blakeslee will replace director of public works and municipal engineer Cathy Austin. Austin has been the acting city administrator since October, when the the city fired Jordan Skiff from his post.

After:Former Plymouth City Administrator Jordan Skiff is suing the city for firing him for nine months