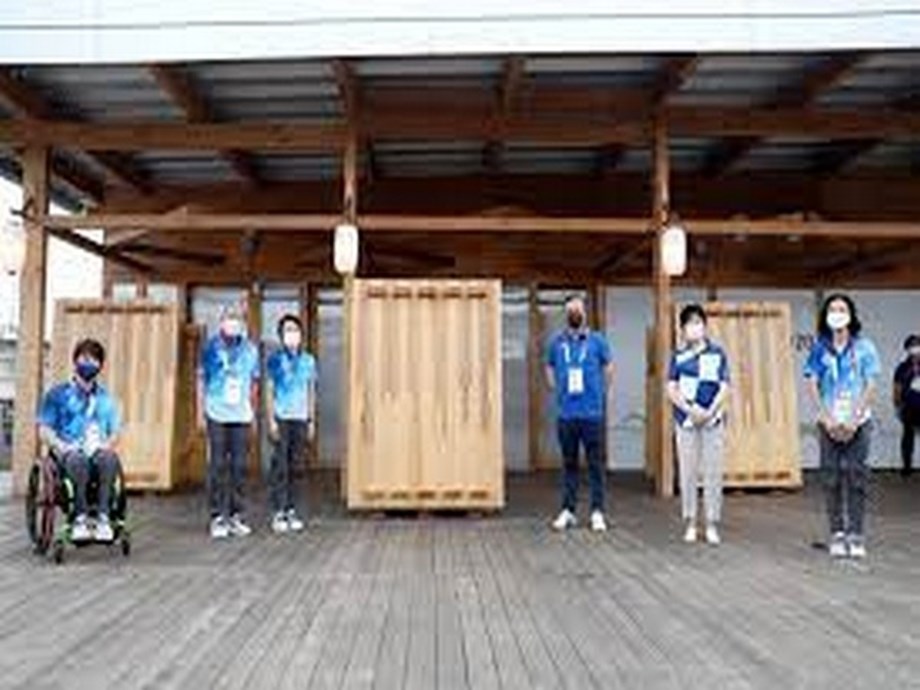 The International Paralympic Committee (IPC) and the Tokyo 2020 Organizing Committee held a ceremony in the village square of the Paralympic Village in which a Paralympic mural was unveiled on Saturday. The ceremony was attended by IPC President Andrew Parsons, Tokyo 2020 President Seiko Hashimoto, Tokyo Governor Yuriko Koike and Tokyo 2020 Village Mayor Saburo Kawabuchi.

Participants pledged to take the opportunity of the Tokyo Paralympic Games to further promote the achievement of a society inspired by the motto of “Unity in Diversity”, a society where there is no discrimination against People with Disabilities. Athletes and others involved in the Paralympic Games will be able to sign the mural to show their support for the United Nations Convention on the Rights of Persons with Disabilities and their support for the United Nations Sustainable Development Goals.

Parsons, according to paralympic.org, said: “Following this inauguration, this mural will showcase unity in diversity. Paralympic athletes of all nations, genders, ages, religions and of all disabilities will come together and show their support for how Tokyo 2020 Paralympic Games will change society forever. That’s why at the IPC, we truly believe that change begins with sport. Earlier this week , the IPC launched WeThe15, a 10-year campaign that aspires to be the largest human rights movement ever created to represent the 1.2 billion people with disabilities around the world.

The murals were made using a traditional Japanese building method called ‘tsugite’, in which different pieces of wood, each with a unique shape, are combined and connected. They aim to reiterate the importance of recognizing “celebrating diversity, connecting people and bringing harmony”. Kawabuchi said: “There are no differences in nationality, gender or disability. I think if we can create this Paralympic village where everyone accepts and respects each other’s differences and individuality, the world will change in the same way. And I also believe that the signs of support and statements from the Paralympians gathered here, as well as the Paralympic murals, will be a message that will surely reach the 1.2 billion people with disabilities around the world. “

The Paralympic Mural will be on display until the day the Paralympic Village closes, and will then be displayed and stored at the facilities of the Tokyo Metropolitan Government. (ANI)