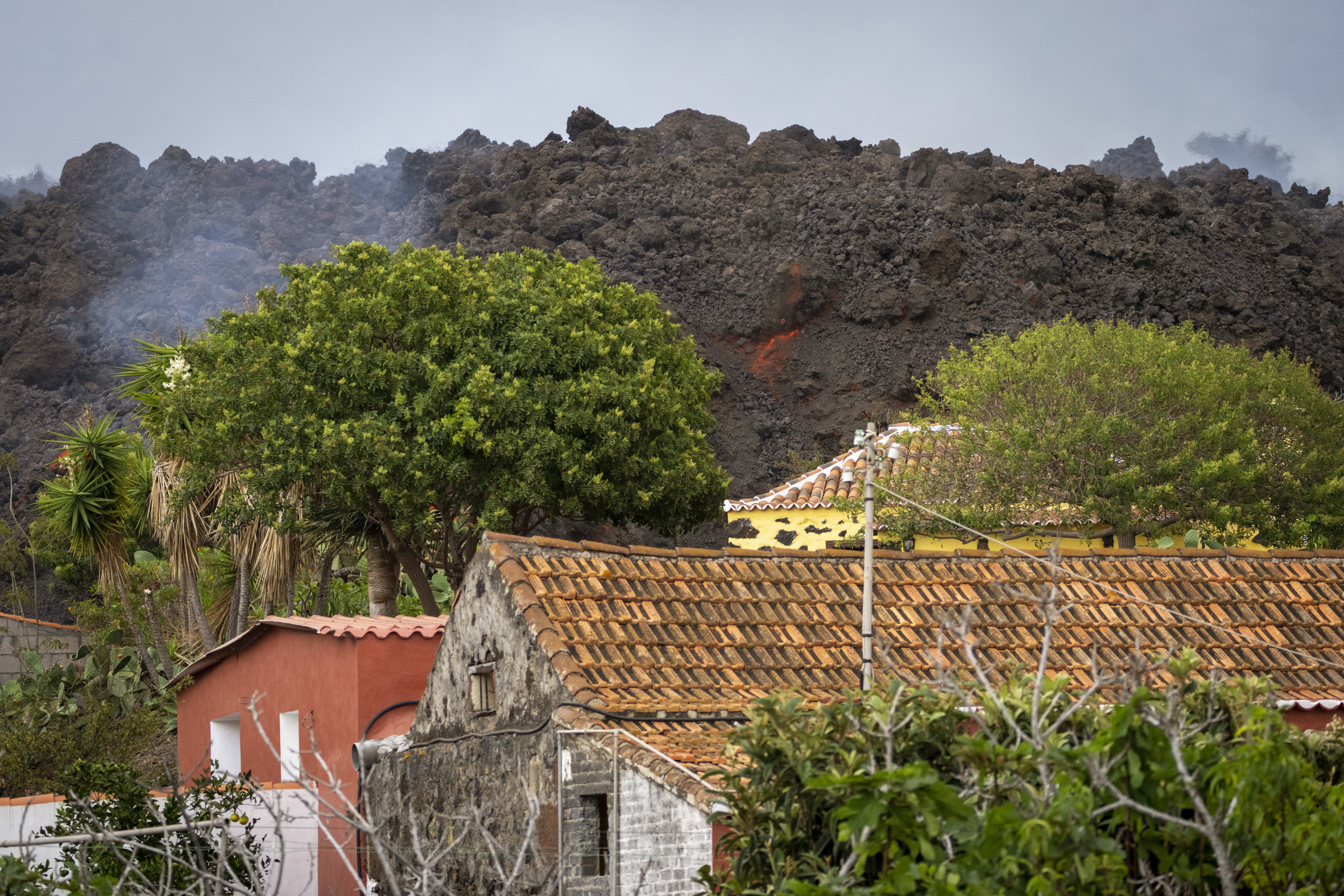 In the village of Todoque in the Canary Islands, residents scavenged what they could of their belongings as a 12-meter wall of molten rock from a nearby volcano devoured everything in its path.

Despite the current crisis, tourists continue to land on the island of La Palma, much of which was unaffected by Sunday’s eruption. Air traffic was uninterrupted on the islands, which are popular vacation spots for Europeans for their temperate climate.

Melisa Rodríguez, a resident of Todoque, tried to stay positive and calm.

“It’s hard to think directly about what you want to save, but we’re only allowed in for an hour and you don’t want to take any more time because it would take other people‘s time,” she told the Associated Press.

The lava could take several days to cover the remaining 2 kilometers (1.25 miles) to the sea, experts said, but authorities and residents were taking no chances amid the unpredictable seismic activity.

Residents hoping to save property lined up so they could be escorted into the village. The lava was advancing in the distance at about 120 meters (400 feet) per hour, smoke billowing from its leading edge as it destroyed everything it touched.

Javier López said his home for the past three decades seemed to be on the path to lava. He and his relatives had stayed at a friend’s house with the few documents, photos and basic personal effects they were able to take during their evacuation on Monday.

“I put my whole life in a van,” López told The Associated Press as he waited his turn to try to retrieve a vehicle he had left behind and other valuables.

“This will probably be the last time I see my house,” he said. “Or, in the best-case scenario, the house will remain isolated by lava and inaccessible for who knows how long.”

Fire crews trying to save as many homes as possible from being buried by the lava worked non-stop overnight to open a trench to divert the lava flow.

As the lava moved towards the island’s most densely populated coast, 1,000 people were evacuated from Todoque on Tuesday evening, bringing the total number of evacuees to the island of La Palma to more than 6,800.

Authorities say more dangers await residents, including more earthquakes, possible new lava flows, toxic gases, volcanic ash and acid rain. Lava, which has a temperature of over 1,000 degrees Celsius (over 1,800 F), could cause explosions, trigger landslides and produce clouds of toxic gas when it hits the ocean.

As volcanic ash fell over a large area, authorities advised people to keep children indoors as much as possible due to possible breathing difficulties.

The volcanic eruption and its aftermath could last up to 84 days, the Canary Islands Institute of Volcanology said, basing its calculations on the duration of previous eruptions on the archipelago, which, like the last eruption, were followed by strong lava flows and lasting seismic activity.

Tuesday evening saw a sharp increase in the number of small eruptions that throw stones and ash high into the air, he said.

The lava rivers have so far engulfed around 320 buildings, mostly houses in the countryside, and now cover 154 hectares (380 acres), the institute said. The lava also destroyed banana plantations, vineyards and other crops. Rapid evacuations avoided losses.

The volcano also spat between 8,000 and 10,500 tonnes of sulfur dioxide – which also affects the lungs – every day, he said.

The proposed Naul village park will be a ‘fantastic community meeting point’, according to the mayor of Fingal