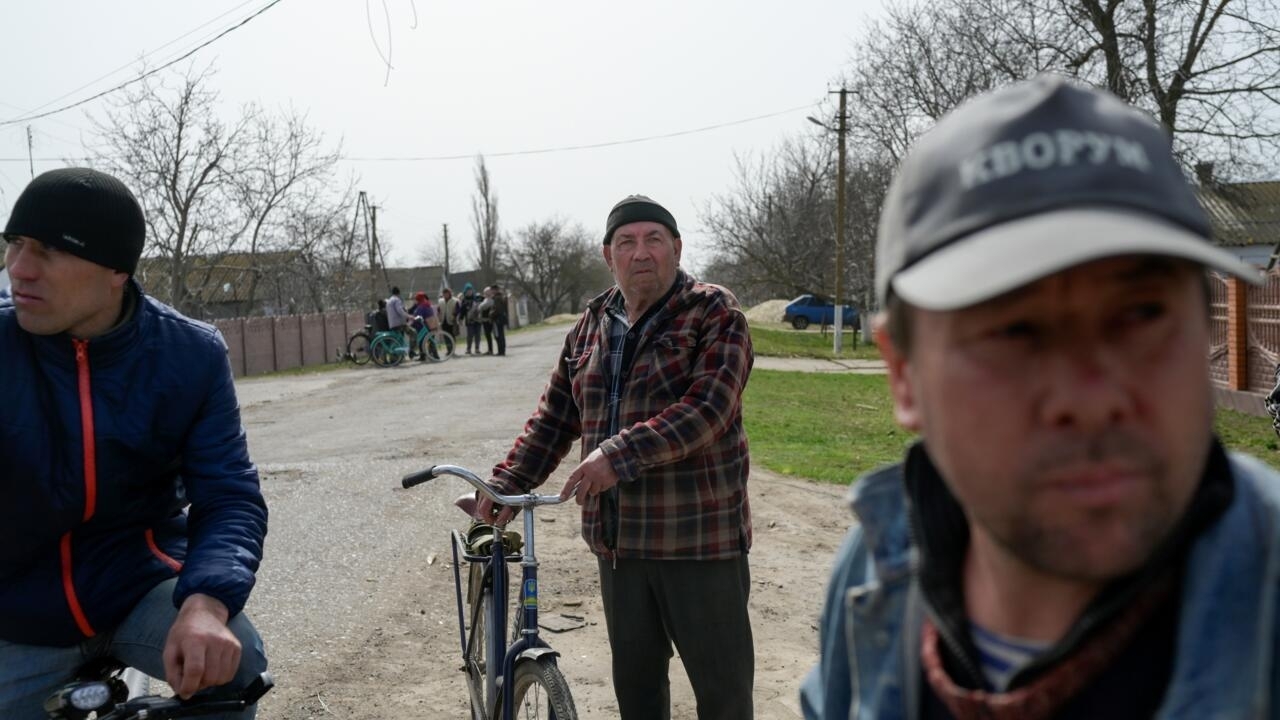 Trail of destruction in the villages of southern Ukraine

ZELENY GAI (Ukraine) (AFP) – Devastated by heavy Russian shelling, the village of Zeleny Gai near the front line in southern Ukraine appears empty – except for a group of local men who gather to wait for an aid delivery .

The expected delivery “is the only reason there are so many people. Normally it would be a ghost town,” said Yury Seka, 33, a farmer like many in this fertile farming region.

Another villager, Alexander Zlydar, 38, said: “I can’t remember the last time I slept in my own bed.”

Previously caught in the middle of the fighting, the village has seen some respite since the front line moved a little further southeast, closer to the Russian-occupied city of Kherson.

But Grad rockets continue to fall intermittently as Russia focuses its war effort on the south and east of the country after withdrawing from the northern cities of kyiv and Chernigiv.

During a particularly heavy shelling on March 13, a 250-kilogram bomb dropped by parachute landed on the roof of Andriy Koshmak’s house.

He pointed to the device, as well as the black streaks left by recent rocket attacks.

The 29-year-old said the bomb likely drifted from its target due to high winds.

Further up the road, the local school was turned into a heap of rubble by shelling that day.

Lego pieces and schoolbooks could be seen in the ruins along with a parachute – likely one of those used to drop the bombs on Zeleny Gai.

The women and children had already been evacuated from the village, but the head of the local council was killed at the school and the director was seriously injured in the legs.

“Many people had come to seek refuge inside the school,” Koshmak said.

“The Russians thought that soldiers were hiding there, but they were only civilians.”

“There Was No Mercy”

Further down the road, a mobile anti-aircraft battery is destroyed.

“It’s terrible. There was no mercy for anyone,” Koshmak said, looking at what was left of the school he attended for nine years.

The nearby town of Mykolaiv is home to around 1,000 residents of surrounding villages, Mayor Oleksandr Senkevych said last week.

Further south, on the road to Kherson, the village of Shevchenkove is almost abandoned.

Police say the mayor of Shevchenkove is officially missing after being arrested by the Russian military while delivering humanitarian aid.

Ivan Bolyakov, a 25-year-old man with a red beard and a black hat, said he was the only one of 25 residents on his street to stay.

“We have arrested two looters in the past few days. I have to pay attention to what is happening in my village,” Bolyakov said, as the wind shook the ruins of a nearby house that had recently been hit by a strike.